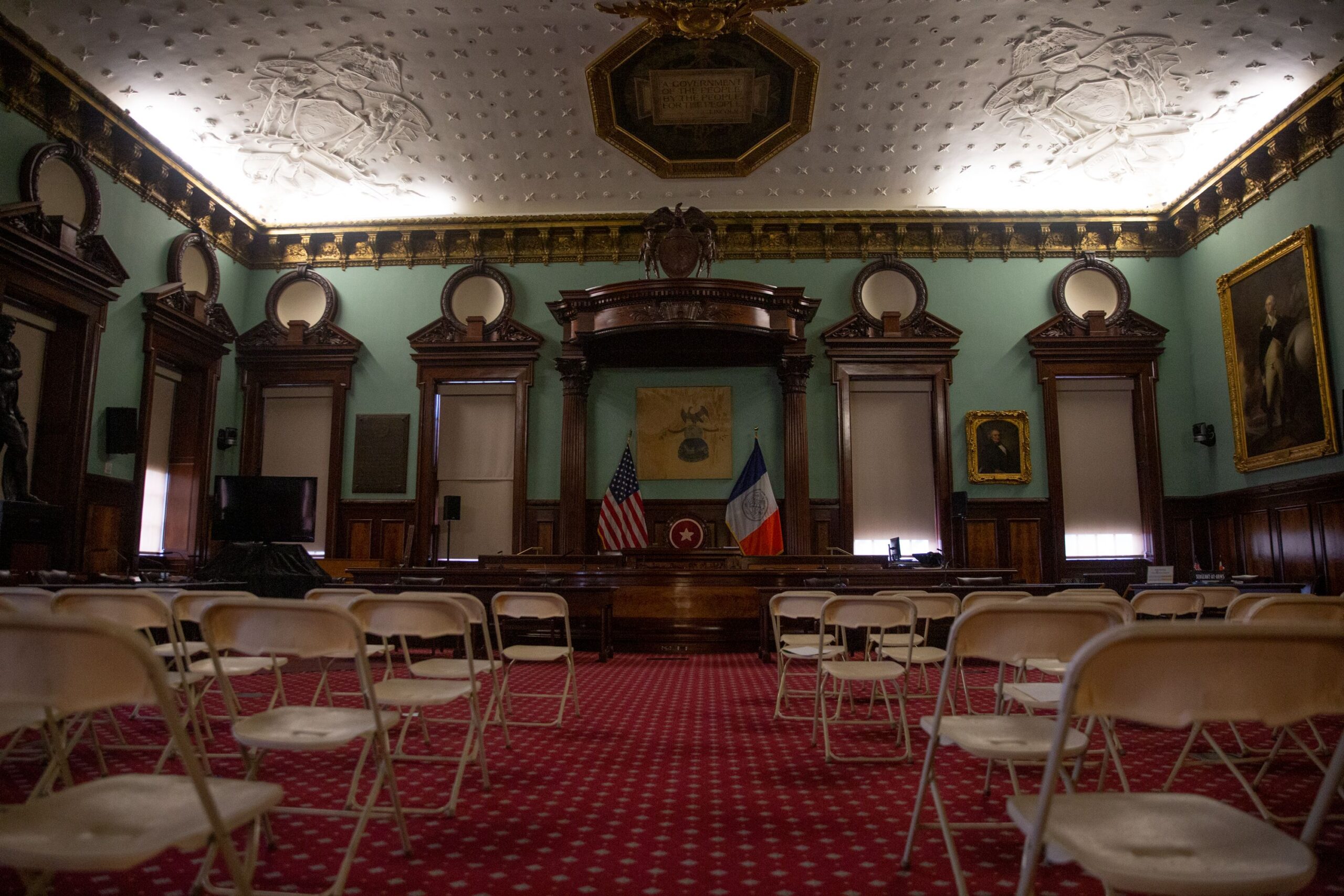 What does a City Council member do, exactly? How will the massive change-over in the Council help shape the city’s future? And who will become our next speaker?

Thanks to term limits approved by voters in 2001, 35 out of the 51 seats in the city’s legislative body are up for grabs in this year’s election. And so far there are already more than 300 Council candidates registered to run with the city’s Campaign Finance Board, records show.

Lots of candidates are already lining up to take those jobs, which will come with a shortened two-year term due to redistricting rules. Many races had 10 or more contenders as of early March, according to CFB records. In Council District 26 in western Queens, for example, at least 21 people are running for Councilmember Jimmy Van Bramer’s seat.

The Democratic primary is set for June 22 of this year. And while the mayor’s race may snag the most attention, voters in New York shouldn’t forget about their local district races.

Here’s what you need to know about the City Council and the race — and scroll to the bottom of this story for a map of who is running in each of New York’s Council districts. We’ll update this guide as the campaigns move forward:

What does a City Council member do, and why should I care?

A City Council member represents one of 51 Council Districts in New York, which vary in size according to the redistricting process but typically cover two to four neighborhoods.

Council members are responsible for proposing and voting on bills relating to all aspects of civic life, for example: policing, housing, street safety and environmental issues like the plastic bag ban.

Bills passed by the Council go to the mayor for to be signed into law. The Council can override a veto from the mayor with a vote of at least two-thirds of the members.

The Council also negotiates with the mayor to pass the city budget every year. Each Council member has his or her own discretionary budget to fund local projects and groups. The Council holds oversight hearings through its many committees. And, critically, the body votes to approve or reject development projects that need public approval.

You can think of the Council as like Congress for the City of New York, as this guide from the Council puts it. The city’s Campaign Finance Board created the below video outlining some of the duties and responsibilities of the City Council:

As New York City grapplies with recovering from the effects of the COVID-19 crisis, the Council will play a huge role. Because Council members weigh in on the budget and all city laws, they have power over how policies are implemented and what kind of monetary relief will go to residents and businesses.

Beyond their formal roles, Council members have historically played a role in publicly pressuring civic and business leaders — as well as the mayor and governor — to change their priorities or ideas, such as when council members Daniel Dromm and Jimmy Van Bramer fought against Amazon moving to Queens or when then-City Council Speaker Melissa Mark Viverito pressured Mayor Bill de Blasio to get on board with a plan to close Rikers Island jails.

What about the Council speaker? Who’s running for that job?

The leader of the City Council is the speaker, a leadership role currently filled by Corey Johnson (D-Manhattan). The position is chosen by the new Council members — not voters.

Usually in the January after the newly elected Council is sworn in, the body chooses their new leader. The process involves a fair bit of jockeying and back-door dealing between the various factions of the Council and the political bosses of each borough, according to The New York Times.

There are at least a half dozen contenders for the speaker job so far, according to City & State’s reporting: Alicka Ampry-Samuel of Brownsville, Adrienne Adams of Jamaica, Justin Brannan of Bay Ridge, Keith Powers of Midtown and the Upper East Side, Carlina Rivera of the Lower East Side and Rafael Salamanca Jr. of the South Bronx.

How can I find out who’s running in my neighborhood?

THE CITY has compiled this map of candidates running in each Council district in the city, based on Campaign Finance Board records and our own reporting.

If you don’t know which Council district you live in, look it up with this tool from the CUNY Graduate Center and the League of Women Voters.

You can also take a look at this regularly updated list from the Campaign Finance Board of all current candidates who have registered a campaign committee in 2021. Look for each candidate for the June 22 primaries listed from your Council district.