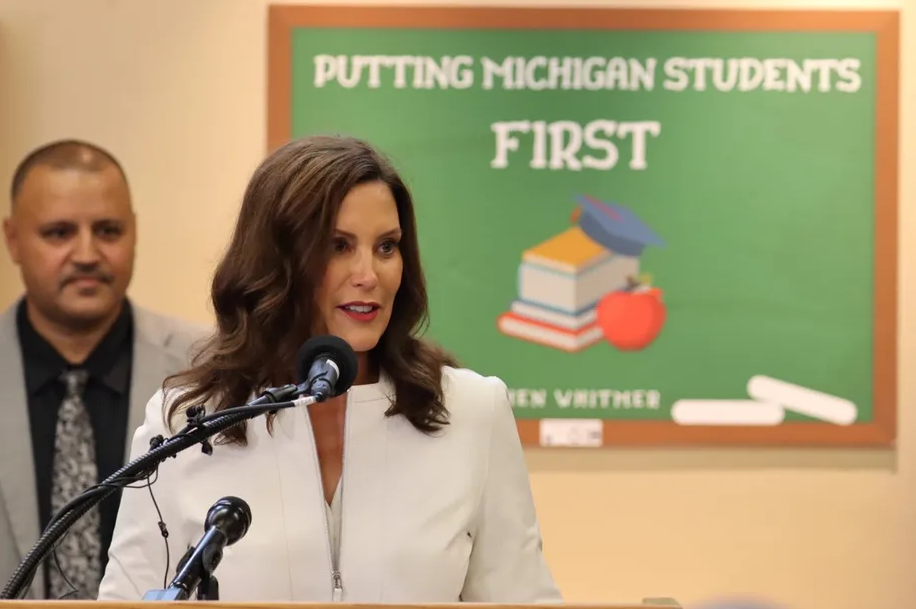 Gov. Gretchen Whitmer vetoed a $155 million program that would have provided $1,000 reading scholarships that opponents said looked too much like vouchers.

The scholarships would have allowed families to get outside reading tutoring or instruction for elementary students.

The Republican-controlled Senate added the program to the budget it passed last month, but Whitmer nixed it before signing the $17.1 billion school spending bill Tuesday. Her office did not say why she vetoed it, but school administrators had opposed the program, saying there are better uses for the $155 million.

“It was a large pot of money and it smelled a bit of vouchers,” said Bob McCann, executive director of the K-12 Alliance of Michigan, which represents school administrators from the state’s most populous counties. “We strongly feel it would be better invested directly into classrooms to support reading programs rather than create a voucher program that only allows some kids to get access.”

Vouchers have long been controversial. Michigan law prohibits them, but there have been efforts to change that, including a failed 2000 statewide ballot initiative led in part by Betsy DeVos, the former U.S. education secretary from west Michigan.

“Not being able to read at grade level negatively affects all other aspects of a student’s schooling, with potentially lifelong consequences,” she said in a statement Wednesday. “It is terribly sad that our governor lets petty politics keep our kids from accessing scholarships to help them achieve one of the most important milestones in their lives.”

The program would have been administered by Grand Valley State University, which is already offering a virtual tutoring program called K-12 Connect .

“We appreciate the Legislature’s recognition of our work, which continues with the same passion and energy,” said Grand Valley Associate Vice President Rob Kimball, who runs the university’s Charter Schools Office.“We look forward to supporting future conversations in which the university can contribute more to K-12 education in Michigan.”

The budget signing “marks the end of a 27-year journey to close the gap between our districts. This equalized funding will improve the quality of educational opportunities for schools and students across the state and set a solid foundation,” Whitmer said in a statement.

This article was originally posted on Whitmer rejects $155 million plan to give $1,000 scholarships for elementary reading help