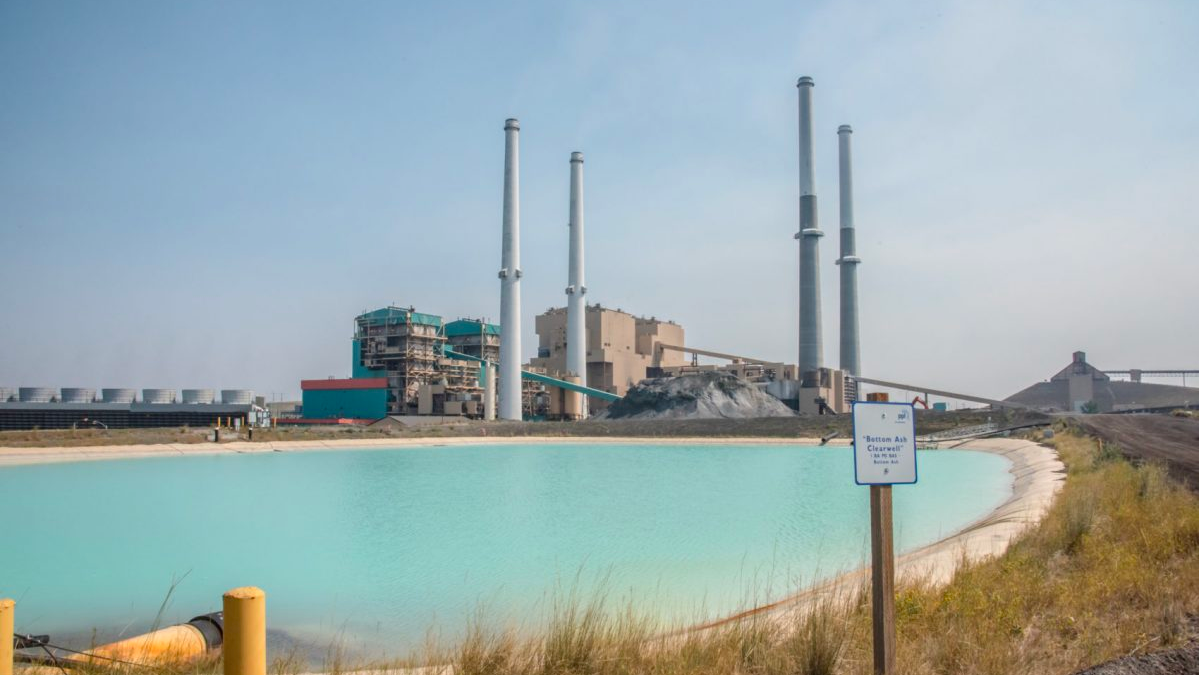 Depending who you ask, the bill associated with cleaning and plugging Colstrip’s seeping ash ponds will cost anywhere from $400 million to $700 million, and it’s not yet clear who will pay it. It’s also unclear who will pay hundreds of millions of dollars of stranded costs: infrastructure investments that will ultimately lose money once the coal plant ceases operationentirely, which could happen before the decade ends.

But in a hearing on Senate Bill 176 this week Sen. Brad Molnar, R-Laurel,indicated who he thinks shouldn’t bear the burden of those costs: Montana’s energy consumers. He said Colstrip owners, past and present, should cover the full amount they’ve promised for remediation, and that stranded costs should be covered by company shareholders, not ratepayers.

Among other things, Molnar is seeking to override recent agreements between Colstrip owners dealing with the plant’s remediation. Molnar calls these agreements “sweetheart” and “backroom” deals that could leave Montanans on the hook for up to $50 million. He says a premium has been offered to Colstrip owners decreasing the bond they would pay for remediation, and in order to undo those premiums, he’s added language to SB 176 dictating that bond amounts “may not include a discount rate and must account for the total cost of remediation.”

“I just say you’re going to agree to post a bond, as you’ve agreed to post a bond, but it’s going to be for the full amount” Molnar said when introducing his bill Feb. 11. “These people are leaving a $1.1 billion hole in our economy. They’re destroying the lives of about 6,000 of our fellow Montanans. I don’t want to give them a premium.”

Several owners of the Colstrip plant pushed back hard against the bill by questioning the Legislature’s authority to intervene in agreements made between private parties and indicating that such acts could make Montana a less attractive place to do business. They say the premium Molnar is set against offering is standard business when putting up bonds for big infrastructure projects like Colstrip.

“Reading the bill, it seems to arise out of frustration for a lack of support for coal, and then channels that frustration on the very entities that continue to operate the Colstrip complex in the most responsible and efficient way possible,” he said. He also called SB 176 “one of the more interestingly drafted bills I have read” in a blow-by-blow analysis of several of the more contentious clauses.

Molnar’s proposal is indeed a sprawling piece of legislation that bucks conventional standards. It opens with 14 “whereas” clauses — “whereas, Montana’s coal miners funded the coal trust fund; and whereas, no one else funded the coal trust fund, and; whereas some people who oppose coal production and generation benefit from the coal trust tax fund,” etc. — before transitioning into other sections that outline Molnar’s plans for Colstrip’s future operation and remediation.

The first eight pages of SB 176 deal with the coal severance tax trust fund, which was first established in 1976 and provides financial support for more than a dozen state programs, ranging from economic development and infrastructure to libraries and cultural programs. If Molnar’s measure passes, entities receiving financial support from coal severance tax collections would be obligated to pledge fidelity to coal by signing a document stating the following:

“I/We support the Montana coal industry and the energy generated by coal-fired generating units. Further, we support Montana’s families that dig, burn, and transport our coal reserves. We appreciate those families that provide maintenance services. Our actions show fidelity to this statement.”

Molnar said that several entities receiving financial support from the coal tax actively oppose coal and that “nobody should go out and work hard all day … to give money to someone who’s trying to shut them down.”

Bill opponent Anne Hedges with the Montana Environmental Information Center countered that it would be akin to asking someone who receives money from a tobacco tax to pledge their support to tobacco.

Hedges and others also took issue with a provision in the bill dealing with ownership of the 500-kV transmission lines leading out of Colstrip, which Hedges called the “envy of every small town in Montana, and the western U.S.”Several Colstrip plant owners also have part-ownership of those transmission lines, and those lines are being eyed for future non-coal use.

Molnar’s proposal woulddictate that those transmission rights couldn’t be transferred to any other entities except an owner of a coal-fired generating unit until the Department of Environmental Quality is satisfied that bonding obligations have been met.

Several opponents said that they feared such provisions would infringe on private property rights and signal that Montana is an unreliable and unfriendly place to do business.

Shelby DeMars, executive director of the Montana Association of Oil, Gas and Coal Counties, said she thinks SB 176 would discourage future investment in the Colstrip area by creating “a very hostile environment.”

The bill did have a number of supporters, though. Billings resident Tony O’Donnell, who serves on the state Public Service Commission, said he was speaking in a personal capacity when he voiced his support for SB 176. He said he was specifically interested in provisions preventing utility companies from passing off their liabilities to energy ratepayers.

“I don’t want a single one of the [Colstrip owners] to relinquish their obligations to the people of Montana. I say the people of Montana because if [owners] don’t pay it, ratepayers are going to have to pay it, or taxpayers, or if the whole thing falls apart, Superfund,” he said.

Representatives from the Montana AFL-CIO and the Montana State Building & Construction Trades Council said they appreciate a provision in SB 176 directing any contractors or subcontractors working on remediation to pay “the standard rate of prevailing wages.” AFL-CIO Political Director Adam Haight said he also appreciates Molnar’s attempt to prioritize Colstrip’s existing workforce for the remediation jobs.

“We strongly believe that the folks that dug the coal up and burned the coal should be doing the cleanup work there,” Haight said.

Hedges pointed out that language about prevailing wages for remediation is already included in existing statute and therefore unnecessary, but she did find one piece of the bill that she endorsed without reservations: the section dealing with who pays for unrecovered infrastructure investments once the plant has closed.

NorthWestern Energy, which owns a 30% stake of Colstrip Unit 4, is projected to have more than $200 million in stranded costs, and it’s still unclear who will cover that expense. But if SB 176 passes, it becomes abundantly clear the various owners would be on the hook. That’s codified in a six-word sentence on the second-to-last page of the bill: “Shareholders shall cover any stranded costs.”

This article was originally published on Who’ll pay to clean up Colstrip?