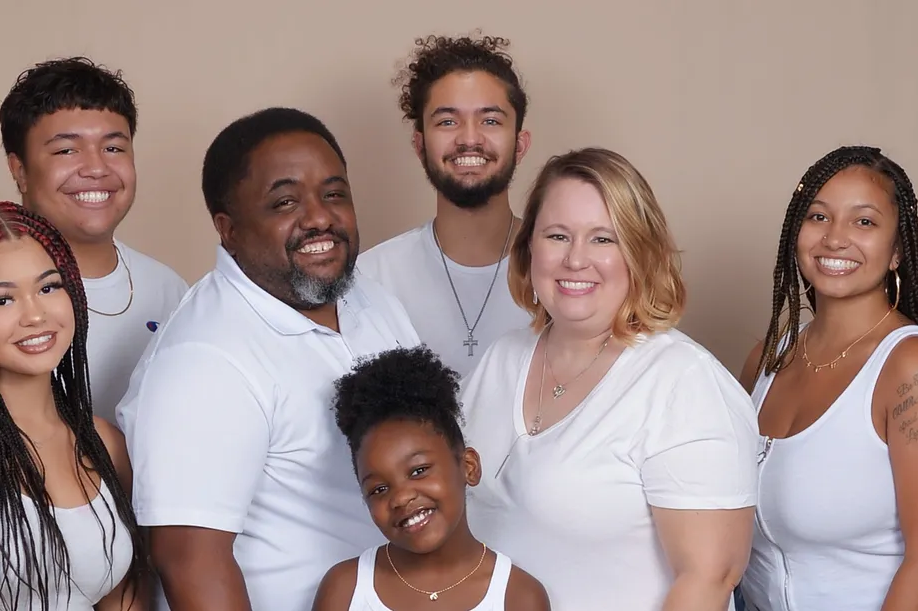 A Christian pastor who has worked in Denver schools for years and currently leads a district innovation zone is running for an at-large seat on the school board.

Vernon Jones Jr. is the executive director of the Northeast Denver Innovation Zone, a group of six semi-autonomous schools in the northeast part of the city.

He’s also a father of five, two of them Denver Public Schools graduates and two current students, one in elementary and another in high school. Another of his children graduated from neighboring Aurora Public Schools, as did Jones himself.

Jones, 43, previously ran for the board in 2009 but did not win. He lives in the Green Valley Ranch neighborhood in far northeast Denver but is running to represent the entire city.

In all, 13 candidates are running for four open seats in the Nov. 2 election. The winners will help lead a district that is still navigating the COVID-19 pandemic and trying to make up for a year and a half of disrupted learning. The board will oversee a new superintendent, craft a new strategic plan, and grapple with several long-simmering issues, including declining enrollment and continued disagreement over the role of independent charter schools and semi-autonomous innovation schools.

Jones has worked at all types of schools in Denver. Before leading the innovation zone, he was a teacher and assistant principal at northeast Denver’s storied Manual High School and executive director of Omar D. Blair Charter School in Green Valley Ranch. Jones said he’s prepared to leave his job as innovation zone director if he’s elected.

He’s running to ensure the district is focused on four things, he said: equity, wellness, achievement, and responsibility. With regard to responsibility, Jones wants the city and community organizations to partner with the district to support students.

“We need boldness on our board that will ensure that the influence of structural and systemic racism and white supremacy is no longer driving that in DPS.”

He said he’s also running to ensure there is Black representation on the board. There are currently two Black board members, one of whom, Jennifer Bacon, is not running for reelection. The other member, Tay Anderson, has two years left of his four-year term.

Denver Public Schools is Colorado’s largest school district, serving about 90,000 students. A little more than half of students are Hispanic, 26% are white, and 14% are Black. Its school board has seven members — five regional and two districtwide.

We asked Jones about several key issues the district will face in the coming years.

Declining enrollment and a growing number of small schools: The district shouldn’t villainize small schools, Jones said, noting that each of his five children learns differently and some thrived at smaller schools. But in a district where schools are funded per student, he said Denver needs to figure out how to support schools with lower enrollment.

“If schools are not getting to that sweet spot — let’s say 350 [students] for an elementary school — then what does it look like for them to be supported at 300 or 280?” Jones said. “And can we get meaningful results for students with these smaller, more individualized programs?”

School closures, he said, should be a last resort and only considered if “the neighbors tell you, ‘Oh yeah, we’re all good over here. Take that building,’” and perhaps repurpose it as a community center, Jones said. He added that Denver needs to “set a clear vision for what we want to be as a city for our kids and then that will dictate to you what we do with the small schools. Right now it’s going to be hit or miss because we don’t have a clear vision.”

“I love the fact that educational entrepreneurs, be they parents, be they teachers, be they school leaders, can come together and say, ‘Hey, I think we can do it differently,’” Jones said. “And let’s understand that as you try it, the bar is not lowered. The bar is the bar.”

Improving education for Black and Hispanic students: The role of the board, Jones said, is to “set smart goals,” make sure schools have the means to achieve them, and then regularly monitor — as often as every 90 days — to see if they are doing that.

This article was originally posted on Why innovation zone leader Vernon Jones Jr. is running for Denver school board