Please ensure Javascript is enabled for purposes of website accessibility With school less than two weeks away, Chicago has not picked a district leader - Mid Year Media Review
Skip to content 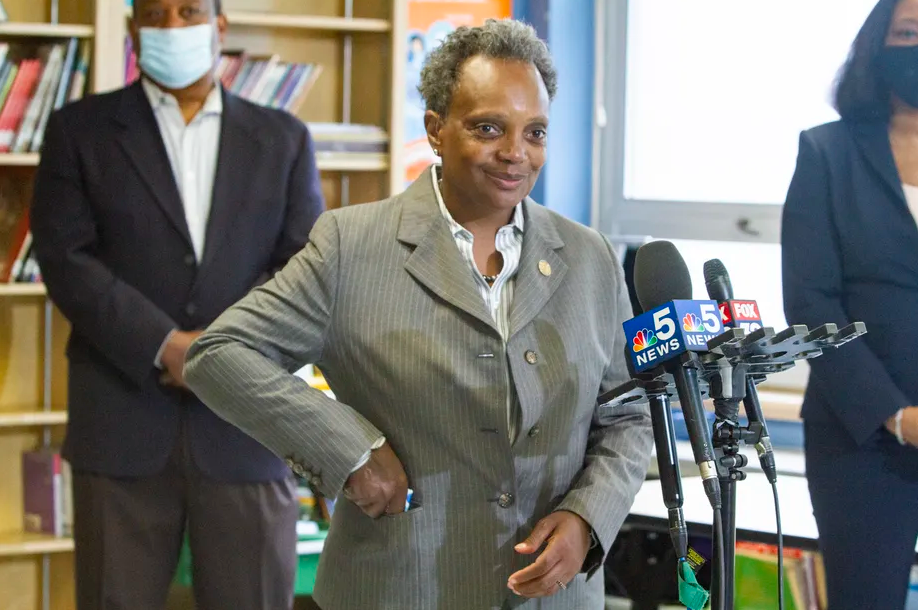 When Chicago Public Schools launched its search for a new CEO, city officials set an ambitious goal of naming a top district leader by the end of July — ideally someone who could take over before the new school year.

Mayor Lori Lightfoot also pledged a process with an unprecedented level of transparency. Yet it has been more than six weeks since any public update on the search, despite a promise of biweekly reports.

Chicago parents, educators and leaders are intensely focused on the pressing task of safely reopening schools for mandatory, full-time in-person learning, as district and teachers union officials remain caught up in yet another round of contentious school reopening negotiations. This might be a fraught moment to announce a new school chiefs pick. In a statement, Cesar Rodriguez, a press secretary in mayor Lori Lightfoot’s office, said the city is focused on getting the high-stakes search right.

“The education of CPS students is our highest priority,” Rodriguez said. “We are taking this decision carefully, and at this time the search for a new CEO for CPS is still underway.”

School district CEO selections in the city have traditionally taken place behind closed doors and often produced leaders without a deep education background. This time, by contrast, the city has opted for a national search and has enlisted educators and community members to serve on the search committee charged with selecting finalists.

Still, the city should honor its promise to keep district parents and employees in the loop, said David Greising, president and chief executive of the Better Government Association, a nonprofit focused on public accountability.

“When you make a commitment to communicate regularly, and you don’t live up to it, that’s a problem,” he said.

Chicago launched a national search for a new schools chief last spring after then-CEO Janice Jackson — citing the intense pressures of steering the district through the pandemic and an acrimonious reopening standoff — announced she would step down at the end of June.

The city set an aggressive timeline, with plans to announce Lightfoot’s pick for new CEO during the final week of July. In the meantime, it brought on Torres, the former Elgin superintendent who had recently retired as president of the Illinois Mathematics and Science Academy in Aurora, to serve in an interim role.

The mayor promised public engagement and transparency in selecting the schools chief. But Chicago Public Schools has not responded to repeated requests to share the names of the employees and community members who served on a search committee charged with selecting frontrunners for the job. The district did not make finalist identities public, citing the need to protect applicants’ confidentiality.

And although the district and its search firm promised biweekly updates on the search would be regularly posted online, the last time such a report was shared publicly was on June 23. That update outlined the search firm’s process for soliciting public input into the experience and qualities the next schools chief should have, through a survey and a series of focus groups.

On a call with reporters late last week, Chicago Teachers Union President Jesse Sharkey said he does not know where the search process stands but does not think its timeline will affect negotiations to sign a reopening agreement with the district.

“When they make a permanent appointment, we will work with this person,” he said. “But the mayor is still the person who calls shots at CPS.”

The new CEO will take over as the country’s third largest district reopens for full-time in-person learning after 15 months of virtual learning for most students and sets out to address the academic and social-emotional fallout from the pandemic. That leader will have a lot to tackle, from striking a more collaborative tone with the teachers union to addressing declining enrollment. There’s also the newly signed law that establishes school board elections starting in 2024, a blow to the mayor’s influence and reach when it comes to education policy.

The city signed on with Illinois-based search firm BWP and Associates to lead the search. The opening drew 25 applications by its June deadline. BWP vetted the candidates and forwarded a list of frontrunners to a district search committee made up of school board members, employees, and residents, tasked with selecting finalists to be interviewed by Lightfoot and board President Miguel del Valle.

Lightfoot had stressed that Torres would not be in the running for the permanent position, saying he already had plans for his retirement when the district persuaded him to step in temporarily.

Despite the expectation that he would be in the job briefly, the district paid Torres a $5,000 bonus to move to Chicago and committed to providing subsidized housing or chipping in $3,000 a month for housing expenses. Torres’ salary is $335,000 a year — $35,000 more than Jackson made after the district gave her a $40,000 raise last winter.

In August, Torres hired a chief portfolio officer away from the state’s second largest district, raising questions about whether he foresees a longer tenure. Ushma Shah, formerly the assistant superintendent of elementary schools for Elgin U-46, took the job on an interim basis. She served as Elgin’s chief equity officer under Torres.

Greising said Lightfoot deserves credit for embracing a more open and systematic approach to selecting a schools chief than her predecessors. In former district CEOs such as Barbara Byrd-Bennett, convicted for steering no-bid contracts to associates, Lightfoot had cautionary tales about relying on a closed-door appointment, he said.

But, he said, “Being systematic and being transparent are both important.”

Greising questioned the decision not to name two or more finalists for the job, which can help generate important public input and vetting. He said he understands disclosing finalists can discourage some candidates from applying for the job because they don’t want to appear disloyal to their current employer. However, given the prestige of being a top contender for “one of the most important public education jobs in the country,” he voiced skepticism that many applicants would be turned off.

And, he said, even during a hectic, eventful stretch for the district, there’s no reason to hold off on updating the public about the search: “I am not sure that waiting for a calm time in Chicago Public Schools is a winning strategy.”

This article was originally posted on With school less than two weeks away, Chicago has not picked a district leader