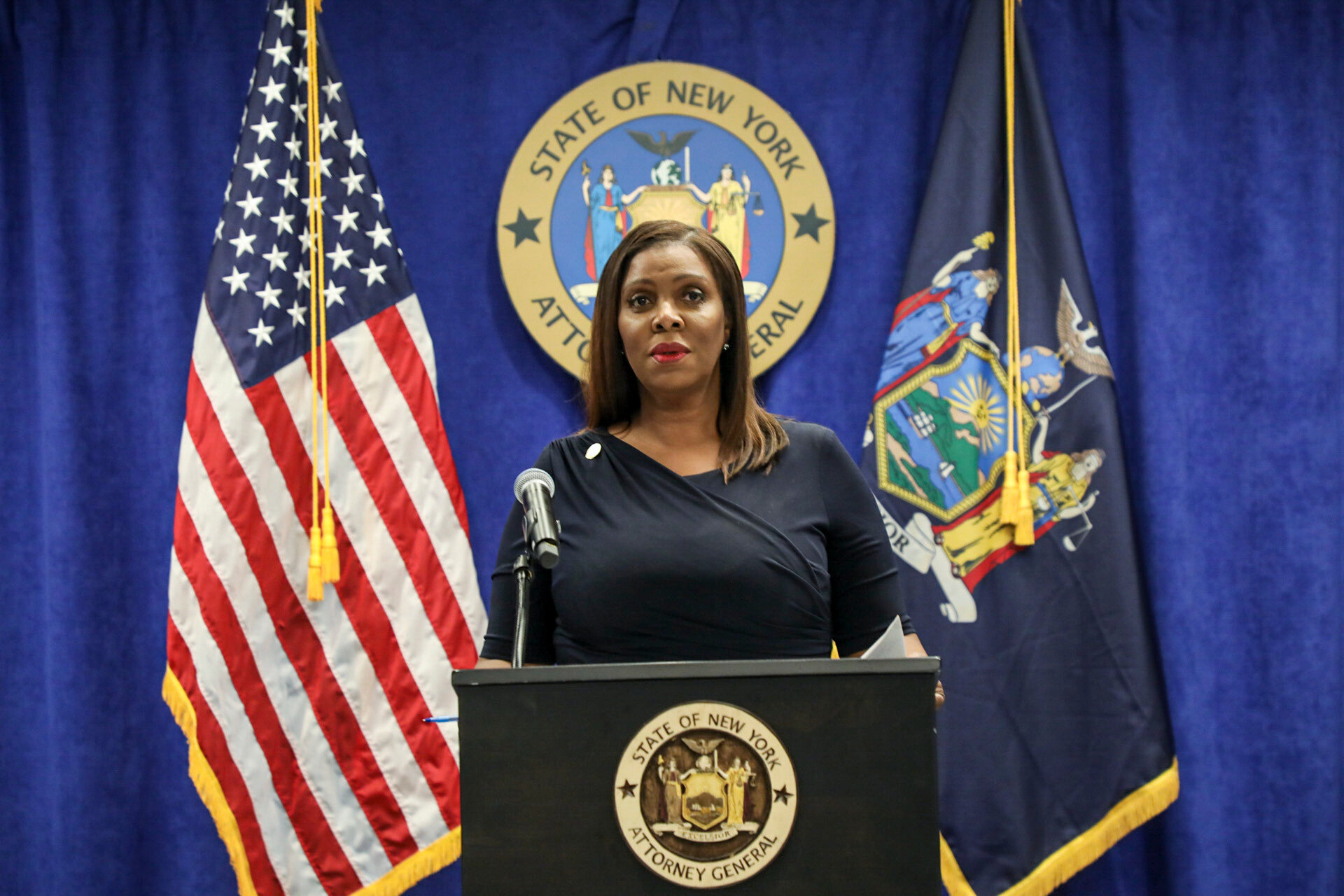 New York State Attorney General Letitia James surprisingly announced Thursday she was suspending her campaign for the next year’s Democratic gubernatorial nomination. Instead, she said she will run for re-election.

“There are a number of important investigations and cases that are underway, and I intend to finish the job,” she said in a tweet posted at noon on her personal site.

James, 63, rose to prominence this year after overseeing an independent investigation into sexual harassment accusations against then-Gov. Andrew Cuomo.

A report from the outside lawyers leading the five-month investigation was released in August and ultimately led to the resignation of Cuomo. Before that, her office also found the Cuomo Administration downplayed the number of deaths that occurred at nursing homes during the COVID-19 pandemic.

In late October, James announced her decision to run for governor, a move that put her against current Gov. Kathy Hochul, Cuomo’s lieutenant governor who became the state’s first female top executive upon Cuomo’s resignation.

Cuomo and some of his former administration staffers have been openly critical of James since the harassment report was released. In particular, they have accused her of playing politics in using the report to launch her campaign.

James has also gone after other groups and politicians. In August 2020, James filed a lawsuit seeking the dissolution of the National Rifle Association, which has been incorporated in New York for more than 150 years.

In January, the pro-Second Amendment organization announced it would seek a bankruptcy filing and reorganize in Texas. However, a federal bankruptcy judge has since dismissed the NRA’s Chapter 11 claim.

The attorney general’s office also has gone after former President Trump and the Trump Organization. James and the Manhattan District Attorney have been looking into the Trump Organization to determine if the company committed fraud by offering one set of property values for tax purposes and much higher values in seeking loans or incentives.

In the wake of James’ announcement Thursday, some New York Democrats came forward pledging their support for the incumbent.

Assemblymember Rodneyse Bichotte Hermelyn, D-Brooklyn, said in a statement that Hochul has done more in her short time than other governors over four years.

“I am confident that Hochul will be the best choice to lead our state forward through the recovery, and she will have the support of Brooklyn behind her as she continues to blaze a path as our first female governor,” the state lawmaker said.

Bichotte Hermelyn also said she called James earlier in the day and thanked her “for her trailblazing work” as attorney general and endorsed her re-election.

James’ decision will likely create some more movement both in the gubernatorial and attorney general races.

Suozzi, who will be stepping down from his Long Island congressional seat to run, responded to James’ news with a statement Thursday saying he understands “her desire to devote her energies to seeing through and continuing the important” work she has as attorney general.

“As to the governor’s race, this narrowed field underscores that the voters are seeking experienced managers with common sense solutions to everyday problems like crime and taxes,” Suozzi tweeted.

Among those who threw their hat in the ring for attorney general after James’ initial decision was Zephyr Teachout. Teachout is a constitutional lawyer who ran against Cuomo in the 2014 Democratic gubernatorial primary and sought a congressional seat in 2016.