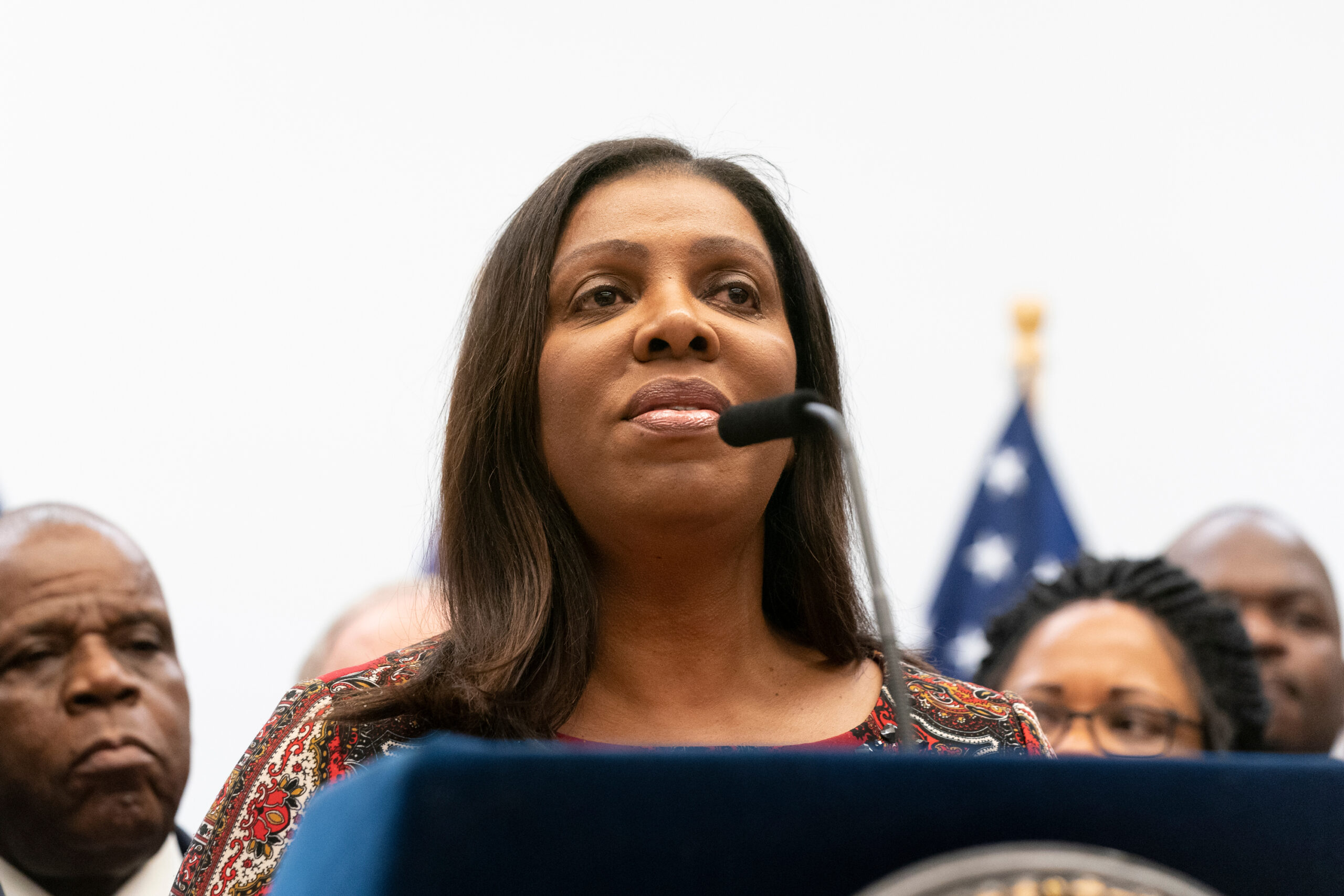 New York Attorney General Letitia James announced Thursday that she is dropping her run for governor and will instead run for re-election as the state’s top lawyer.

“Her heart just wasn’t in it,” said one longtime supporter.

James and her closest aides started calling their early endorsers and allies late Thursday morning alerting them that she was suspending her campaign, according to several people who received the calls from the attorney general.

The Brooklyn Democrat told supporters that her campaign wasn’t coming together how she would have liked and that she wanted to instead focus on the legal cases before her office — including her investigation of former President Donald Trump.

Her fundraising also struggled to flourish against Gov. Kathy Hochul, who reportedly aims to raise $25 million for her campaign, sources said.

The campaign’s end came just six weeks after James announced that she’d be challenging Hochul, the former lieutenant governor for Cuomo who was elevated after his August departure.

Said James in a statement emailed to campaign supporters: “I have come to the conclusion that I must continue my work as attorney general. There are a number of important investigations and cases that are underway, and I intend to finish the job. I am running for re-election to complete the work New Yorkers elected me to do.”

‘She Wasn’t Being Tish’

As if to underscore James’ message, The Washington Post reported earlier on Thursday that she is seeking to conduct a deposition of Trump in connection with an investigation into his financial dealings being conducted jointly by her office and Manhattan District Attorney Cy Vance.

Several people who have known James for years noted that she appeared much more muted in recent weeks as she ran for governor, a departure from her normally energetic and boisterous personality known to liven up rallies.

“She wasn’t being Tish,” said one ally, referring to James by her nickname.

Yet James’ announcement that she was scrapping her bid to become the first Black woman in U.S. history to be elected governor came as a shock.

She had been meeting with potential donors and political power brokers, receiving the backing of the Westchester County executive and other local leaders last week.

At a news conference in Manhattan Thursday, Hochul said she received a call from James this morning and urged party unity after Republican gains around New York and closer-than-expected challenges in New Jersey in last month’s election.

“I respect her tremendously, always have,” said Hochul, a Buffalo native. “I look forward to having her on the ticket when we go into the election in November.”

“I’ve said from the beginning that my focus has to be on the November election because we saw the warning signs of what could happen just recently,” Hochul added.

Jay Jacobs, the head of the state Democratic Party, lauded James’ decision to bow out of what would have likely become a contentious fight among Democrats in New York.

“I supported Tish James in her quest to become attorney general in 2018 because I saw in her something unique for someone in political life — she genuinely put the Democratic Party over her own interests and has a deep and genuine concern for what was best for the people of our state. She has demonstrated that, once again, with her decision today,” he said in an emailed statement.

A poll on the governor’s race released earlier this week found that Hochul had a double digit lead as she seeks her first full term as governor. Hochul led the field of Democratic gubernatorial hopefuls with 36%, with James trailing in second place with 18%, the Siena College Research Institute poll showed.

Hochul, who is vying to become the first woman elected governor of New York, still faces challengers from within her own party.

“As to the governor’s race, this narrowed field underscores that the voters are seeking experienced managers with common sense solutions to everyday problems like crime and taxes,” said Suozzi in a statement.

Term-limited New York City Mayor Bill de Blasio, who’s flirting with a run for governor, remained elusive on whether he plans to join the race, saying on Meet the Press Thursday afternoon that James’ announcement hasn’t changed his position.

“I’m going to  be going around the state of New York, starting next month, talking to the people of this state,” de Blasio said. “I want to stay in public service.”

Public Advocate Jumaane Williams, who succeeded James in that job after her departure and announced his bid for governor in November, praised her.

“James is a dedicated public servant, an inspiration to so many as the first woman of more color to win statewide office, and I’ve been honored to work alongside her when she was in the City Council, the public advocate, and in her current role as attorney general, where she is doing important work to hold people and institutions accountable,” Williams said in a statement.

He added: “I’m grateful for our collaboration, and I’m glad to be able to continue that work together to bring bold, progressive, transformational change on behalf of the people of New York.”

“I look forward to the debate about which way our state should head from here, because so many…have had enough of this failed one-party rule,” Zeldin said.

James’ surprise decision to seek re-election as attorney general also throws the race for the state’s top law enforcer into upheaval — forcing Democrats who’ve already declared or considered runs to decide whether to challenge an incumbent favored to win.

The shakeup has already resulted in at least one AG candidate dropping out: State Sen. Shelley Mayer (D-Westchester) quit her Democratic primary bid and endorsed James.

The campaign of another Democratic contender, ex-state financial regulator Maria Vullo, released a statement declaring that she is staying in the race, pointing to “decades of legal experience and track record in the private and public sectors fighting for New Yorkers, women’s rights and justice for all.”

Candidate Zephyr Teachout, who unsuccessfully ran against James in 2018, didn’t respond to requests for comment. Nor did Assemblymember Clyde Vanel (D-Queens), who also has announced a run for attorney general.

Brooklyn District Attorney Eric Gonzalez, who had been hinting at running if James vacated the position, did not respond to messages.