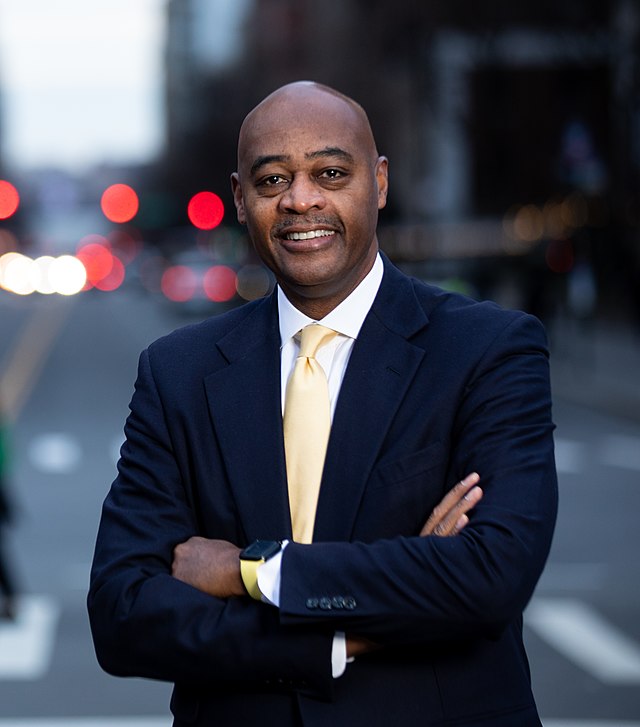 Crime is a major concern in post-pandemic New York City.  The number of shootings rose by 166% since April of last year, according to NYPD data. The overall crime rate rose 30%.

Not since the 1970s and 80s has the Big Apple had a serious reputation as a crime-ridden, dangerous place.

But when COVID shut down the city a year ago, the economic crisis that followed drove a spike in crime along with it.

That spike in crime has become a priority at the ballot box as New Yorkers prepare to cast their votes in the 2021 mayoral race. In fact, a recent poll by Boston’s Emerson College reported that 20% of NYC voters believe crime should be the top concern for the city’s new chief executive.

Crime, housing, homelessness, COVID-19, and police reform rounded out the list of what issues are on the minds of New York City voters.

Each of these concerns brings out strong and often opposing opinions in voters, widening an already large political and social-economic divide in the city.

How? By building businesses back up, expanding social services, and bridging the gap between the haves and the have nots.

Not an easy job. And with less than two weeks left until the primary, it’s time to seriously consider Ray McGuire for the position.

With a long track record of bridge-building in cultural, racial, and economic divides, he has the support of titans of Wall Street, a key advisor to former President Barack Obama, and New York legends Spike Lee and Jay-Z.

Now, in one of the most pivotal mayoral races in decades, he has positioned himself as an experienced leader for a city that has grown weary of career politicians.

What makes Ray McGuire the best candidate for New York?

Raised by a single mother who sometimes worked three jobs at once to pay the bills, McGuire grew up an ambitious young man determined to excel.

And excel he did.

Graduating from Harvard in 1979, he went on to receive both his M.B.A. and Juris Doctor from the prestigious ivy league institution. In the years that followed, McGuire rose through the ranks of corporate America to become one of the highest-ranking and longest-running African American business executives on Wall Street.

“I have helped to lead one of the largest employers in this city,” McGuire said to the New York Times of his time at Citigroup, where he served as the global co-head of investment banking.  “I’ve helped to lead out of crisis. I built and managed teams….I’ve managed large, complex organizations with thousands of people and very large budgets — and they want accountability.”

That kind of leadership and accountability is what New York City needs as it climbs back to life from monumental health and economic crisis.

As a leader, McGuire has made a priority of connecting diverse populations in order to drive results, all the while sometimes being mistaken for “the help” or a security guard because of the color of his skin.

It is this ability to understand the needs of both the struggling and the successful that pushes McGuire to work to heal the city’s many wounds.

New Yorkers, of course, demand strong leadership to fix what is broken. With an unemployment rate as high as 20%, an unprecedented number of public school students failing, crime rates rising, and an at-risk criminal justice system, the city is crying for help.  Covid, really, only exposed divides that existed all along.

When McGuire is seen walking from borough to borough, speaking with New Yorkers from every walk of life, the demands are all the same-

“We are tired of career politicians.” “We need change.” “We want a competent leader with real solutions.”

McGuire focuses on the solutions. He gets that public safety concerns grow from economic ones. He understands that the dire financial climate contributed to a rise in gun violence and robberies.

In his plan for the city’s economic comeback, he focuses on government help, with measures like reducing the cost of construction to help drive down rent and increasing the city’s affordable housing base.  He also aims to provide wage subsidies for small businesses, which account for 98% of businesses in the city, according to the state.

“My plan, the greatest, most inclusive economic comeback plan in the history of this city,” he told amNewYork, “is to go big.”

Both big and small businesses benefit the Big Apple, and McGuire works to champion both. He understands those hustling to keep the electricity on at home AND those working to keep hundreds of employees paid because he has lived in both worlds.

Should business leaders be politicians?

Business leaders like McGuire, who are required to produce measurable results, can make effective politicians, according to Stephen Canton, former CEO of telecom giant iCore.

Canton, like McGuire, grew up determined to overcome his family’s financial hardships.

“It’s important to remember that business people are also citizens with rights and responsibilities,” he says. “As part of the broader community, they assume civil responsibility because, for the most part, they believe they can make a difference.”

Like McGuire, Canton declares that mending political, economic, and racial divides are key to change.

“It’s time to meet in the middle,” he says. “We can’t throw out everything good from the previous administration when the new one comes in. Everyone who isn’t on the extreme left or right gets lost in a situation like that.”

While some business people get into politics out of ego, or other self-interest, Canton says most are motivated by a genuine will to do good.

Corporate leaders can bring fresh energy into the public service, he says, because they come from a system that is driven by the urgency to produce results.

“You’ve got to be an efficient operator and manager to succeed in any industry,” Canton says. “You can’t get stuck in bureaucracy. A good business leader can squeeze efficiency out of the government.”

And because executives have the ability to think broadly and strategically, Canton says, they become adept at fixing what is broken, be it a corporate or government system.

“That ability to turn around a distressed asset is a key skill,” he says. “New York needs to be rebuilt. An experienced leader, like you can find in business, is what you want.  A doer, not just a promoter…”

McGuire is certainly a doer.  An established donor who puts his money where his mouth is in support of political and social causes, he has been a major financial supporter of President Barack Obama’s political campaigns. He also donated the funds to refurbish the emergency room at the New York-Presbyterian Hospital on 168th Street, and gave financial support to Gwen Carr, whose son, Eric Garner, was killed when put in a chokehold by a police officer in Staten Island in 2014.

Additional pieces of McGuire’s plan to rebuild New York include providing every New York City child with internet access, opening public schools all summer, instituting community policing as the foundation of all NYPD activity, and creating a city-wide network of emergency 24/7 social services.

As the mayoral race moves forward, a strange mixture of optimism and anxiety fills the air. New Yorkers are beginning the work of getting back to “normal.”

And while the reports of New York’s death have been greatly exaggerated, the city isn’t ready to be taken off life support yet.  It will take persistent effort to resuscitate business, classrooms, and neighborhoods.

Immense challenges await the future Mayor of New York. For the city to rise again, it’s crucial to embrace change. A leader with the right experience, who can be trusted, respected, and believed in, is who New Yorkers need.