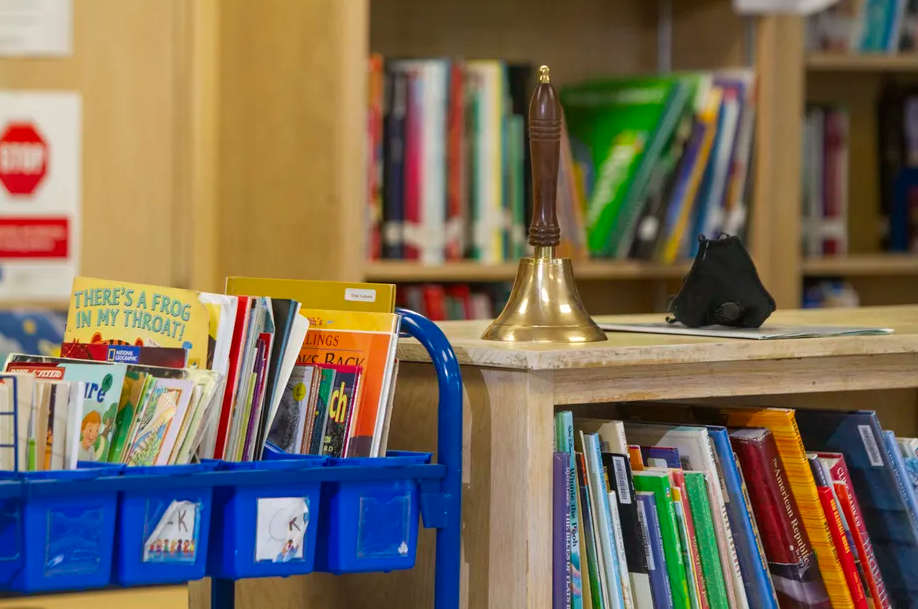 Tennessee aims to get rid of vestiges of the politically sensitive Common Core academic standards, while also notifying students and their parents about their vaccination exemption rights, under dozens of new state laws taking effect July 1.

Public education is always a favorite subject of state lawmakers, who this year filed nearly 400 bills related to K-12 schools. More than 40 of those became law, including high-profile measures to establish summer and after-school learning programs and restrict how race and racism are taught.

But other laws that didn’t necessarily grab headlines also will affect students and educators as they take effect with the state’s new fiscal year.

Here are 10 measures that should be in place in time for the new school year:

Tennessee officially dropped Common Core in 2015 and transitioned in 2017 to revised English and math academic standards that were billed as homegrown. But a new law now officially bans textbooks or instructional materials created to align exclusively with the Common Core — or marketed as such.

State funds could be withheld from any district in which a teacher intentionally violates the ban. Republican sponsors said the intent is to close a loophole in cases where teachers might still be using Common Core materials. However, some publishers worry about a wholesale purging of high-quality teaching texts, just because of how they were marketed.

Tennessee adopted Common Core in 2010 as part of a bipartisan collaboration spearheaded by the National Governors Association and Council of Chief State Schools Officers. But former Gov. Bill Haslam ordered a review in 2014 when the standards became embroiled in political controversy over charges of federal overreach, in part because of incentives the Obama administration offered to states that adopted them.

Judges will have new authority to order a psychological evaluation when a student makes a credible threat to commit an act of mass violence on school property or at a school-related activity.

Previous law limited the court’s ability to hold a student for such an evaluation except with felony charges. Law enforcement officials in Bradley County sought the new tool to evaluate the credibility of threats to harm either the student or others.

The threats could be communicated in a variety of ways, including verbally or through social media, graffiti, and diagrams.

Teachers and school staff will now have blanket immunity from civil lawsuits when using “reasonable force” against students to maintain order.

School employees, including principals and bus drivers, already are shielded from criminal liability when using reasonable force to correct or restrain students so they don’t hurt themselves or other students. But sponsors of the new law said civil protection also is needed so staff members aren’t tempted to let student misconduct go for fear of being taken to court.

Democrats in the GOP-controlled legislature opposed the legislation, worrying the change could incentivize physical interventions.

The law qualifies that force cannot rise to the level of gross negligence, intentional harm, or willful misconduct. It also does not authorize corporal punishment.

Schools have authority to obtain potentially life-saving supplies and training to control bleeding in emergencies as part of Tennessee’s new “stop the bleed” program.

Under the unfunded law, districts are authorized — but not required — to equip their schools with bleeding control kits that include a tourniquet and compression bandages. School staff also can be trained on how to control bleeding, enabling them essentially to act as first responders to incidents of accidental injury or uncontrolled bleeding, with limited civil liability.

Supporters say the law will be especially helpful to rural areas where healthcare access is limited.

Any information shared with students or parents about state vaccination requirements for communicable diseases like measles, mumps, and rubella must also now include information about exemptions.

The state generally requires proof of required immunizations to attend any public school, nursery school, kindergarten, preschool, or child care facility. But a parent or guardian may seek religious or medical exemptions.

The law also applies to institutions of higher education.

Only emergency situations can lead to a student with special needs being isolated or placed in a physical holding restraint under revisions to a 2008 law.

The school employee who used isolation or a restraint must contact school officials immediately afterward for review and authorization. The student’s parent or guardian must then be notified on the same day.

The changes are among updates to a law that aims to keep students with disabilities free from unreasonable, unsafe, or unwarranted uses of isolation and restraint.

Tennesseans are to have more access to view public school educational materials under the Textbook Transparency Act.

The new law requires state-approved publishers of textbooks or instructional materials to provide an online link to find those resources. Each district must either publish that link on their website or direct visitors to a state website where textbooks and materials can be accessed.

The goal is to help schools recruit and retain teachers in needed subject areas.

The legislation requires the state Board of Education to create an alternative way for teachers to receive training and earn extra endorsements as part of their certification. The teacher still has to pass an assessment to ensure they have the required content knowledge, regardless of how long they’ve been teaching.

Every Tennessee high school will soon have a point of contact for apprenticeship opportunities as part of Gov. Bill Lee’s 2019 initiative to bridge the state’s gap in skilled labor.

A new law seeks to ensure high school students can take advantage of Apprenticeship TN, which coordinates with seven state agencies to bolster the number of apprenticeships available. Each high school must identify one person to connect students and employers about hands-on workforce training and opportunities.

Definition of a teacher

Tennessee lawmakers have been trying for years to think of a way to ensure that state-funded increases for teacher salaries actually reach the pockets of teachers in the classroom.

A new law won’t guarantee that will happen, but backers believe it’s a step in that direction.

When distributing state-funded increases toward teacher salaries, a teacher will be defined as someone who holds a state-issued teaching license and who spends 50% or more of their time instructing students.

Because thousands of teaching positions are funded locally and not through Tennessee’s education funding formula, state officials acknowledge the new definition won’t immediately guarantee every teacher a raise when the state allocates more for that purpose.

This article was originally posted on 10 Tennessee education laws, on topics from Common Core to vaccination, taking effect July 1