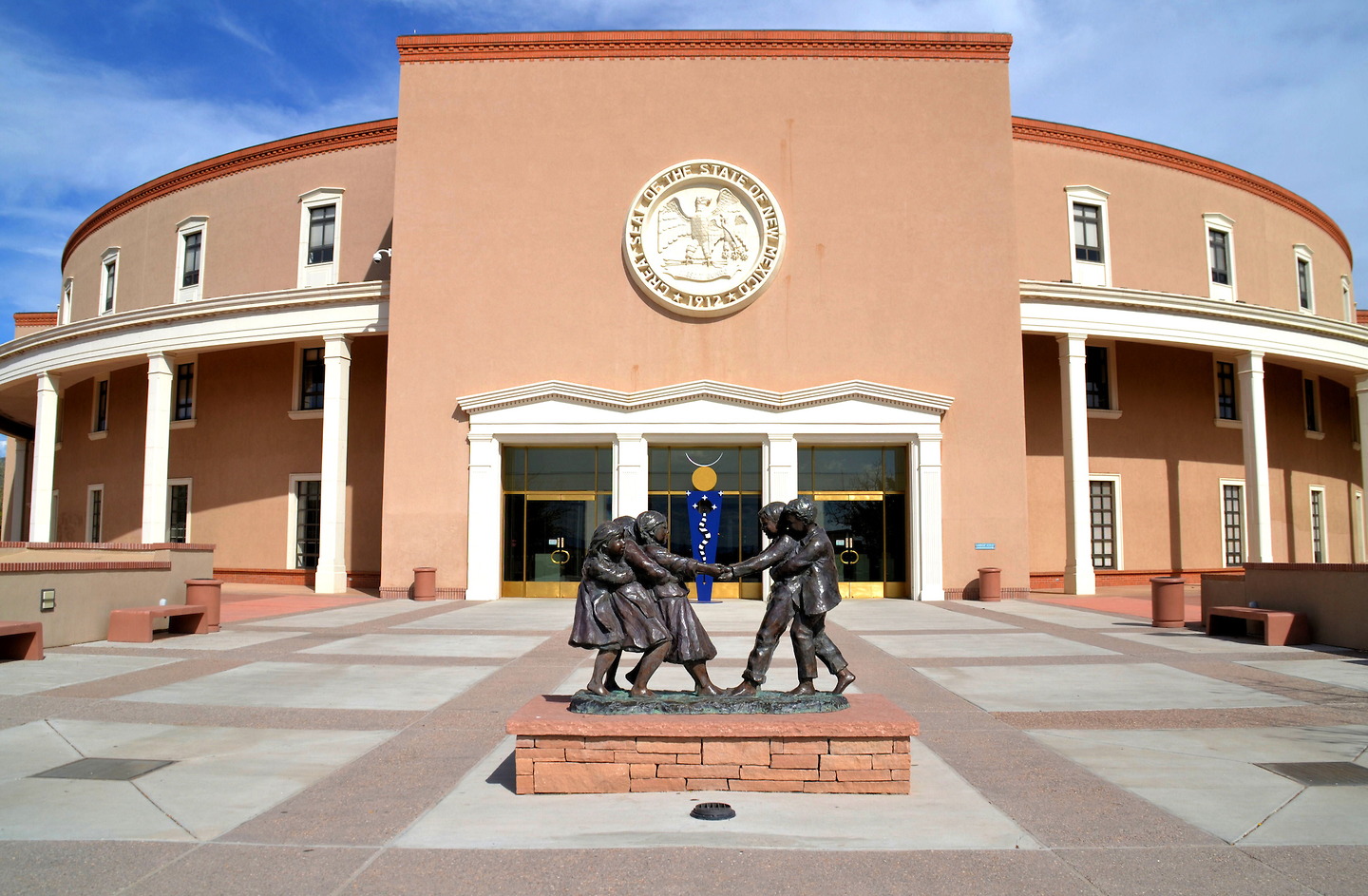 With six openly queer legislators participating in the 2021 New Mexico legislative session, many in the LGBTQ community said this past session was important in the advancement of equal rights.

But also, legislation that would repeal the state’s ban on abortion, remove qualified immunity as a legal defense and enable individuals whose civil rights have been violated to seek financial remedy through the courts and require employers to provide paid sick leave to employees are major highlights for the LGBTQ community as well as the reproductive justice community because the two intersect. The New Mexico Civil Rights Act, which made the changes on qualified immunity, and the Healthy Workplaces Act, which imposes the paid sick leave requirement, passed both chambers but await Gov. Michelle Lujan Grisham’s signature. Lujan Grisham has already signed the Respect New Mexico Women and Families Act, on abortion, into law after it passed both chambers in February.

But there were other moments, such as an informal “gay pride night” in the state Senate, when two bills sponsored by openly queer Senators passed in mid-March, that were noted by members of the LGBTQ community.

“I feel like tonight is a bit of a Gay Pride night in the New Mexico State Senate,” state Sen. Carrie Hamblen, D-Las Cruces, said from the Senate floor on March 14.

The nonprofit organization, Equality New Mexico, tweeted “Us, too,” in response.

Although both of those bills, the panic defense bill and a bill mandating state agencies to add LGBTQ data to be collected on government forms, stalled in the Legislature, representation matters, Marshall Martinez, executive director of Equality New Mexico, said.

“We can’t understate the value of having six openly queer legislators,” he told NM Political Report.

Bills such as the Respect New Mexico Women and Families Act and the Healthy Workplaces Act are equity issues for the LGBTQ community.

“Queer people, trans people are in every community, every family and we work in every job, so every policy is LGBTQ policy,” Martinez said.

Martinez said that a group of queer community leaders recognized years ago the need to pass the Respect New Mexico Women and Families Act. The law repealed the 1969 statute that criminalized abortion care in New Mexico.

“It is in part because as queer and trans folks, we are intimately aware of what autonomy means and how important it is. It really is about living at this intersection of identity as queer people of color, as all of us are. This intersection of identity put us in a place to have to fight to control our destiny. Our family make up, our bodies are always subject to policies that has stripped that away,” Martinez said.

Adriann Barboa, New Mexico policy director for Forward Together, identifies as queer and was one of the early leaders who led on the Respect New Mexico Women and Families Act. She said the 1969 statute put “our families at risk.”

“A harm to any of us is a harm to all of us. That sense of protection and caring and family to each other is what really drives us. We all deserve to be here,” she said.

Indigenous Women Rising cofounder Rachel Lorenzo, of the Laguna Pueblo and gender nonbinary, talked with NM Political Report about intersectionality in the context of what many viewed as hurtful or inappropriate rhetoric that took place during the Legislature.

“When there’s transphobic, anti-Black, anti-immigrant rhetoric around ‘criminal justice’ or qualified immunity, that is inherently anti-Indigenous rhetoric because some Indigenous people are Black, incarcerated, trans, queer and those issues impact us too in very unique ways. We exist in multiple identities,” Lorenzo said.

Even while many celebrated the historic gains for equality this year, many reproductive rights groups brought up the Women’s Sports Protection Act, or HB 304, as a low point in this past session. The bill sought to discriminate against transgender youth, particularly transgender girls, who participate in youth sports by establishing restrictions around their ability to play. The Republican-sponsored bill failed to pass its first committee hearing.

Ellie Rushforth, an attorney with the American Civil Liberties Union of New Mexico, said the bill was part of a coordinated nationwide effort.

“These are not organic New Mexico-led bills,” Rushforth said.

Adrien Lawyer, executive director of the Transgender Resource Center of New Mexico, also called the bill a real low point in the legislative session but he believes the transgender community won’t always be a wedge issue.

“We won’t be red meat for very long. The more visibility, the more awareness, the more people will have a stake in this because you care about a trans person whether you know it or not. So I look at this as the long game,” Lawyer told NM Political Report.

Rushforth, who said that the public testimony around HB 304 was one of the hardest she’s ever had to sit through.

“We should not be debating people’s humanity and whether they are deserving of legal protection,” she said.

She also pointed out that young children were listening into the public testimony through the virtual platforms.

She said that some were “debating the humanity of children and deciding which children are worthy and which are not of protection,” was particularly hard to take.

And while many spoke positively of what has been called greater access through remote committee hearings and chamber floor debates, Martinez called the virtual session a “mixed bag.”

“We had some pretty big victories. When you do this work all the time, you have to celebrate the victories. It’s the only way to keep going. When we had losses, we’ve also been alone. That separation and isolation from our friends who are legislators, volunteers, staff, that isolation made the low points that much lower,” he said.

Not every bill the LGBTQ community supported passed. Martinez was hopeful that the panic defense bill, SB 213, would. It passed the Senate but stalled on the House floor in the final days of the Legislature.

The panic defense bill, whose lead sponsor was state Sen. Jacob Candelaria, D-Albuquerque, would have prevented a defendant to allege the victim’s sexual identity caused the violence perpetrated. The bill received wide bipartisan support with a Senate vote of 41 to 0 in the final days of the session.

Martinez said that such a bill is necessary because, despite the change in the White House administration, he doesn’t think the violence that increased against LGBTQ people during the Trump administration will calm down.

“As people try to progress and move forward, the power balance is shifting. I think the violence will continue to be bad because people are lashing out in response to the loss of power,” he said.

He said that when the U.S. House of Representatives passed the Equality Act recently, which would amend the 1964 Civil Rights Act to protect people from discrimination based on sexual orientation and gender identity, at least 10 state legislatures introduced anti-LGBTQ legislation.

“People are more angry as we progress,” he said.