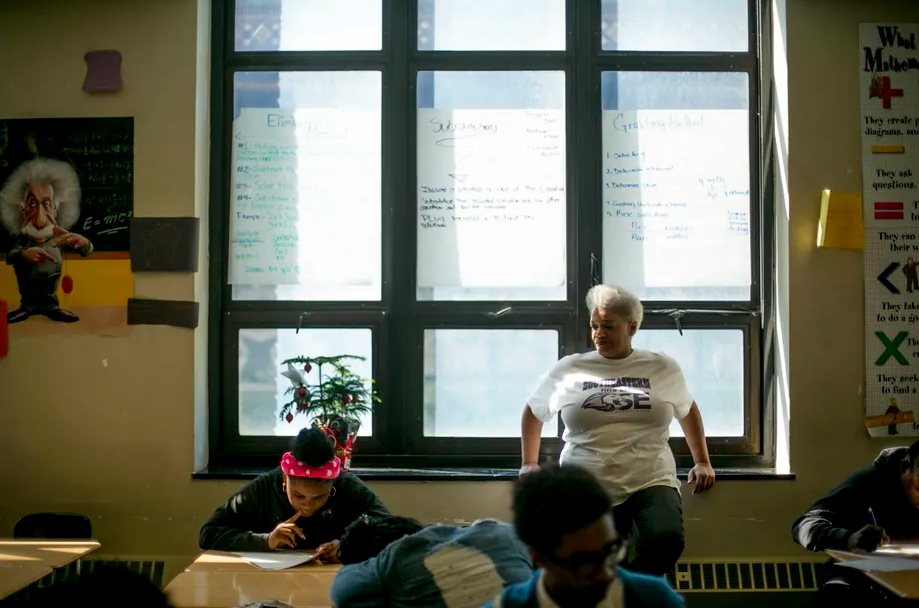 About 30% of Detroit K-8 students are vulnerable to being held back a year because they struggled so much with school this year, but Detroit school district officials say they don’t expect all of those students to be retained.

Superintendent Nikolai Vitti stressed that the 30% estimate just reflects those who are vulnerable. The district typically retains about 3% of students in a given school year.

“We are going to do everything we can to prevent those 30 percent of students from being retained,” Vitti said during a school board meeting Tuesday night.

The number of students struggling isn’t surprising. Pandemic learning has been difficult for students across the country, and Detroit schools have seen increased chronic absenteeism, lower attendance, and higher failure rates.

The issue touched off some debate during the meeting, with some teachers suggesting that no students should be retained as a result of this difficult school year and criticizing the district for sending the schools lists of students who are vulnerable.

“Retention is unbalanced. It either makes no difference or it’s harmful to the development of a child,” said Benjamin Royal, a district teacher.

Vitti said a child’s parent and teacher would have to agree to retention in order for it to happen. If they disagree, the school principal would make a final decision. Summer school will be available to all children who opt to enroll.

He said there are some students who barely, if ever, logged into classes this summer, but also noted that “As a school district overall we do not believe retention is the right policy.”

Retention was one of several interesting issues that arose during Tuesday’s meeting. Before the regular board meeting, the district held a public hearing on its budget for the 2021-22 school year, and the board later approved it.

COVID relief funding will allow for some innovations, Vitti said. In addition to reducing class sizes, the district is also looking to revise schedules to allow for more small group and one-on-one lessons with employees, retired teachers, and partners. School advisory councils would help create a plan for meeting academic improvement targets.

“We know we have a lot of loss to make up from a student achievement point of view,” Vitti said.

Another idea that might make some students happy: The district will consider providing monetary incentives to students and families to improve academics and attendance.

“This is something we’ve talked about a lot for years in the reform space, but never had the dollars to do that,” Vitti said. “ We could move into pilot situations of literally paying students to do better academically and to improve attendance.”

All of the plans for innovation, Vitti said, “have to be fleshed out.”

The district plans to take advantage of virtual learning to expand advanced course options for students across the district. Vitti said it’s easier for schools such as Cass Technical High and Renaissance High to recruit teachers to handle advanced chemistry and calculus classes “because there’s a greater concentration of students who want those classes.” Cass and Renaissance are two of the district’s schools that require students to take an exam to enroll.

Next school year, the district plans to operate a separate virtual school for students who wish to continue learning online instead of in person. Vitti envisions that students from schools such as Pershing and Osborn high schools being able to remain at their schools while taking the advanced classes online through one of the examination high schools.