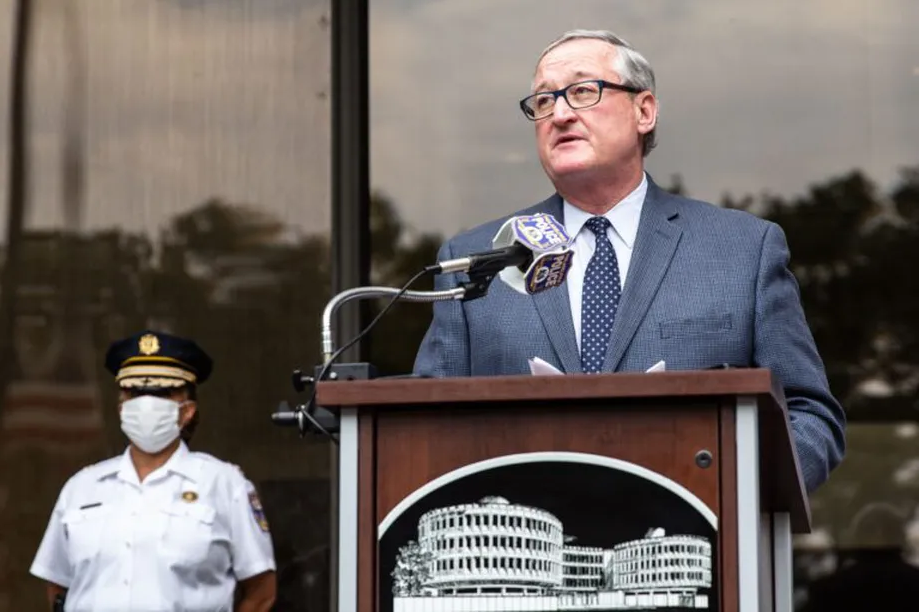 With the first day of school less than two weeks away, Philadelphia officials laid out a series of steps to ensure students get to and from school safely after a summer of gun violence.

Philadelphia police said 137 victims under the age of 18 have been injured from gun violence this year. Thirty-two have been homicides.

As the first day of school approaches on Aug. 31, these numbers are cause for concern for city and school officials as they seek volunteers to help with programs and initiatives aimed at keeping students safe.

During a virtual press conference Wednesday, officials from the city, police department, and Office of School Safety outlined ways in which the public can help protect students, among them the neighborhood watch program Safe Corridors.

The announcement came as Mayor Jim Kenney faces criticism for his decision not to declare a state of emergency over the city’s recent gun violence crisis. The number of deaths in the city stands at 339, up 22% from last year.

“[Safe Corridors] is similar to a neighborhood watch program where volunteers can opt to patrol routes around schools at the start and end of the school day, or to keep watch from their homes or businesses,” Kenney said. “Volunteers often work in teams sharing information, reporting any suspicious or unusual activities.”

Another initiative is the Out-of-School Time program, which provides learning opportunities for students before and after school hours and is also offered during holidays and the summer. There’s also a component for early learners, according to Waleska Maldonado, chief of prevention of the city’s Office of Children and Families.

OCF funds more than 50 community organizations that will provide programs to 6,100 students in 128 schools this fall.

The city’s new anti-violence community expansion grants are also available to organizations that provide safety programs for students. Funds ranging from $100,000 to $1 million will be given to community-based organizations with annual operating budgets under $15 million that have  a proven track record working in neighborhoods vulnerable to gun violence, Groups may apply for grants from the $22 million program by the Sept. 3 deadline.

“It’s been a difficult 17 months, as we all know, for our young people, particularly with the increased level of violence in the city, which is impacting our students,” said Kevin Bethel, chief of police for the school district. “I can’t emphasize more that when we have a city of this size, and the number of streets and corridors that we have, we have to have community engagement to help us support our kids.”

Bethel said his department will host meetings in six divisions in which stakeholders can express their concerns.

The department is working with the Southeastern Pennsylvania Transportation Authority, or SEPTA, to ensure students get to school safely on mass transit, and with Operation Town Watch Integrated Services, which trains volunteers to patrol areas and document suspicious activity.

“We will be using school resource officers to ensure increased physical presence, particularly during student arrival times and dismissals,” Kenney said. “We know that the hours after school are also critical times for students who are at greater risk for unsafe behavior.”

Students returning Aug. 31 will see an increased level of counseling support to help them cope with personal setbacks due to the pandemic, according to Superintendent William Hite.

“We will be providing a much-needed infusion of social-emotional support and services to our students, with an emphasis on students who have been heavily impacted by rising violence in our city,” said Evelyn Nuñez, district chief of schools. Funding for the added support will come from the COVID relief money the federal government has allocated for K-12 schools across the U.S.

Joel Dales, deputy commissioner for the Philadelphia Police Department noted that a 15-year-old girl who was playing basketball was shot twice in the head on Tuesday in the 1900 block of West Ontario Street at the Jerome Brown Playground in the Tioga-Nicetown section of the city.

“Another child who was out enjoying the summer evening playing a game, hanging out, doing what kids are supposed to do, was shot twice in the head,” Dales said.

“There are too many people out there committing careless acts of violence like this on a regular basis. When will enough be enough?”

This article was originally posted on 32 teens died from gunfire this year in Philadelphia. The city and school district are seeking a safe path for students.