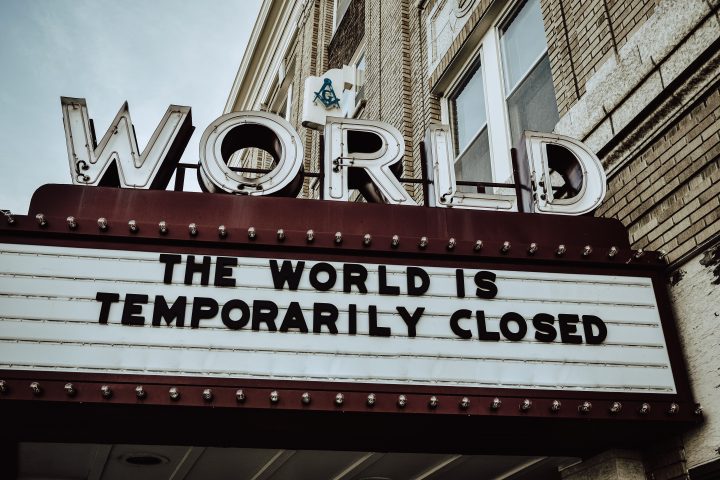 This article was updated on April 3 to reflect the employment situation summary released that day.

On Friday, April 3, the U.S. Bureau of Labor Statistics released its monthly employment situation summary, based on surveys the agency conducted in March. News outlets across the country are taking the 4.4% unemployment rate  — up from 3.5% in February — and blasting it across headlines and chyrons.

This particular jobs report is getting massive media attention because the coronavirus pandemic shut down much of the U.S. economy in March. Last month’s report showed 5.8 million unemployed Americans in February. But a record 6.6 million workers filed for unemployment insurance for the week ending March 28, on top of 3.3 million new claims from the week prior, according to the Department of Labor. The Congressional Budget Office expects the unemployment rate will surpass 10% during the spring.

To find out more about the April jobs report, I called former BLS Commissioner Erica Groshen to get the scoop on what journalists should look for in the employment situation summary. With newsrooms across the country putting all hands on deck to cover the pandemic, Groshen’s advice will be especially useful for reporters who don’t usually cover economics or the labor beat.

Here are five big takeaways from our conversation:

Will the April jobs report capture how the pandemic has hurt U.S. workers? Not entirely. For a fuller understanding of how the new coronavirus has hurt U.S. workers, journalists and policymakers will have to wait until the May 8 release. The reason is that monthly jobs reports show changes from roughly mid-month to mid-month. That means the April report will cover about mid-February to mid-March.

“While there is probably some impact of all of the shutdowns of various kinds across the country, the full impact of that is just not going to be apparent in this report,” Groshen says.

The employment situation summary is drawn from two surveys BLS conducts: one of households — called the Current Population Survey — and one of employers called the payroll survey.

The household survey includes 60,000 households BLS staff reach through telephone and in-person interviews. When it comes to calculating the unemployment rate, the critical thing BLS wants to know is the number of people over age 16 in a household who worked at least one hour during the week that includes the 12th day of the month. For March, that’s the week of Sunday, March 8 through Saturday, March 14.

“If a person worked one hour on the 8th and were laid off the rest of the month, they would still, for the unemployment situation, be considered employed,” Groshen says.

It’s the same basic idea for the payroll survey, which seeks feedback from 145,000 business and government agencies. Those establishments report anyone on their payroll — including people receiving severance — during the pay period that includes the 12th day of the month. Anyone that the surveyed establishments paid during that period is counted as employed.

“As abrupt as all of these layoffs have been, their effect is going to be attenuated by that way the data are collected,” Groshen says.

So what can the April jobs report tell us? There will be a few useful indicators that can give a sense of how the new coronavirus is affecting U.S. labor, Groshen says. One indicator will be the extent to which people were laid off permanently or temporarily, or whether they’re on furlough. A furloughed worker has to temporarily stop working without pay, though in many cases they can continue to collect benefits. The relative permanence of job losses will show up more clearly in subsequent jobs reports too, but it’s something to check in the April release.

“One of the interesting things that’s been built into the [$2 trillion economic relief package] are these incentives to keep workers attached to their firms through furloughs,” Groshen says. “That should help the economy in a number of interesting ways. It’s much faster to recall a worker with whom you have a relationship than to start searching and bringing someone on and having to train them. You’re preserving specific human capital. It’s a much speedier process.”

Other indicators: whether employers cut workers’ hours and whether they hired fewer temporary workers.

Temporary jobs are often the first to go when demand falls for products and services, Groshen says. Those jobs can be a bellwether for both economic calm and economic storms.

“[An increase] in temp help is often a prelude to expansion,” Groshen says. “It can be because you hire some temps and then hire them permanently. Or it can be you are trying out the position. But one very quick way to cut your costs if you think things are about to go south is to let go of your temporary help.”

Will BLS economists actually answer questions from journalists? Yes, Groshen says. BLS has national and regional media relations offices to help reporters connect with economists and other BLS experts. There is also a bunch of information on the BLS website, including a number of statistical products that reporters should know about.

“I know when someone is just pulled in from covering sports, it’s going to be a challenge. But the BLS is used to that — they know that this happens,” Groshen says. “So calling them up and getting someone on the phone can help you avoid a lot of mistakes.”

“Very often the naïve observer wants one number that expresses the entire condition of the labor market,” Groshen says. “That’s just not a reasonable thing to be looking for.”

Summary numbers, like the unemployment rate, can’t capture nuance. For example, the BLS each month puts out six measures of labor underutilization — not just the unemployment rate. These measures are called U-1, U-2, U-3 and so on. Each measure can help journalists and their audiences understand different things about the labor market.

U-3 measures the total number of unemployed people as a percent of the civilian labor force. That’s the unemployment rate that gets national media coverage. But U-6 is the most inclusive measure. It captures people working part-time who want to work full-time and people who haven’t looked for work in a month because they’re discouraged, even though they want a job.

“There’s no such thing as a real unemployment rate,” Groshen says. “There’s the official one and then there’s these other measures. U-6 can be very informative, and it is possible in this particular recession we will see more of deviation from U-3 to U-6 than we ever have.”

What makes this economic downturn unique? Simply put, the world is living through a pandemic the likes of which haven’t been seen in a century. Compared with the last three recessions, Groshen thinks this time there will be many more temporary layoffs and furloughs than permanent layoffs.

Are unemployment insurance claims a proxy for the number of people who have lost jobs? Not really, because not everyone who is unemployed files for unemployment benefits. They may not be eligible, or they may not even know they’re entitled to benefits.

“Maybe under these circumstances, they will be,” Groshen says. “But up until this time, there has been a long-term decline where less than a third of people unemployed have been taking the insurance.”

There are a few structural reasons Groshen points to for the overall low rates of unemployment insurance take-up. One is that unions can play an important role educating workers about unemployment benefits. But the unionization rate — the percentage of wage and salary workers who are union members — has fallen from over 20% in 1983 to 10% in 2019, according to BLS data.

Another reason for lower unemployment insurance take-up has to do with employer experience ratings, which sort of work like car insurance. If you cause a crash, your premiums might go up. Similarly, the more that a company lays off workers, and the more those workers use unemployment benefits, the more that company is taxed to pay for those benefits moving forward.

“Employers have an incentive to discourage or not tell workers about eligibility,” Groshen says.

Some states are being flexible right now with their experience rating rules. In Maine, unemployment payouts won’t count against an employer’s experience rating, if job loss is related to the new coronavirus. Each state’s department of labor or equivalent agency would have information on whether they are temporarily waiving experience rating requirements.

One story that’s gotten a lot of media attention is that, for the first time, gig workers like Uber and Lyft drivers will have access to unemployment checks under the economic relief bill. But there’s one sector of the labor market Groshen says the news media haven’t much covered.

“What seems to have been lost or ignored was the plight of recent graduates — high school graduates, college graduates,” Groshen says. “They haven’t been gig workers, but this is obviously going to be a very difficult time for them as well. So, look at what’s going on with new entrants to the [labor] market.”

Anything else to get up to speed on the employment situation summary? Groshen recommends the article “March employment report won’t fully capture effects of COVID-19” by Michael Horrigan, president of the Upjohn Institute for Employment Research, a nonpartisan labor research organization. “He used to be head of the unit at BLS that produces the [employment situation] data,” Groshen says.

Check out the rest of our coverage of how the coronavirus pandemic is affecting the economy and education in the U.S., and our previous explainer on the monthly jobs report.

This article first appeared on Journalist’s Resource and is republished here under a Creative Commons license.