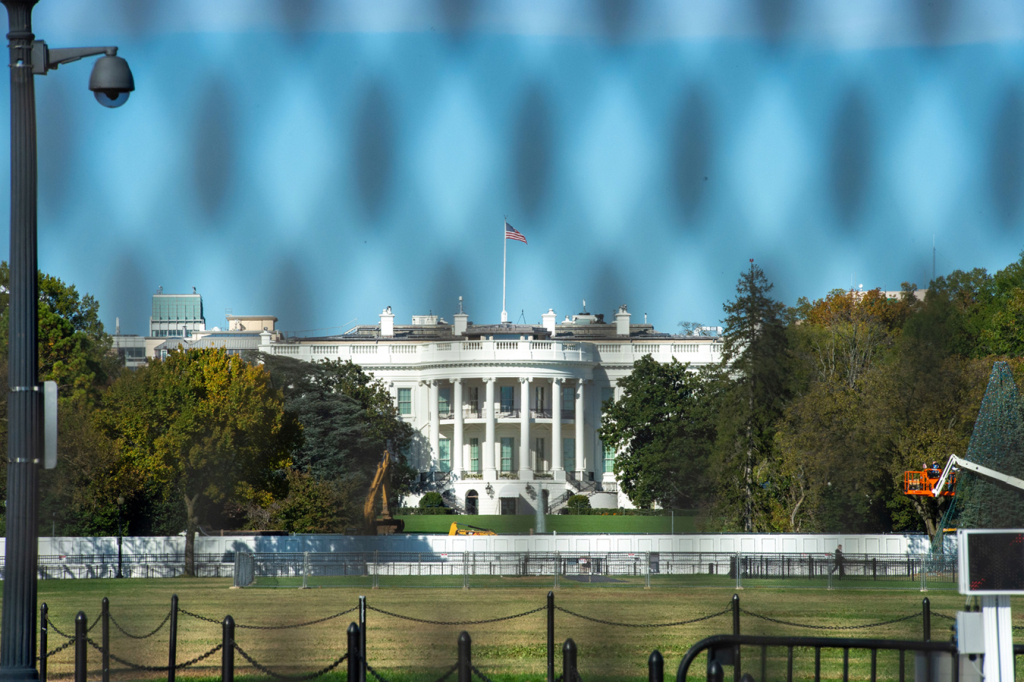 Former Vice President Joe Biden appeared to be inching toward the 270 electoral votes needed to win the presidency Wednesday afternoon, but at the same time it was becoming clearer that Democrats would not take back the Senate majority they lost in 2014. If that bears out, it could well be a prescription for gridlock on health care.

Without a Democratic majority in the Senate, Biden as president could not likely advance many of his top health agenda items — including lowering the eligibility age for Medicare to 60, expanding financial assistance for health insurance under the Affordable Care Act, and creating a “public option” government health plan.

However, a defeat of President Donald Trump would almost certainly stop his administration’s efforts to further erode the effectiveness of the ACA and efforts to turn more of the Medicaid program for those with low incomes back to the states.

Even if Biden wins, this is not the outcome Democrats were hoping for — and, to some extent, expecting, based on preelection polling. Andy Slavitt, who ran the Centers for Medicare & Medicaid Services during the Obama administration, noted that frustration in a tweet Wednesday. “A large disappointment is that many hoped for a significant repudiation of Trump & his indifference to human life, human suffering, his corruption, and goal of getting rid of the ACA. No matter the final total it will be hard to make that claim,” Slavitt said.

Still up in the air is how willing a Republican-led Senate will be to provide further relief to individuals, businesses and states hit hard by the coronavirus epidemic, and whether they will participate in previously bipartisan efforts to curtail “surprise” out-of-network medical bills and get a handle on prescription drug prices.

To be sure, nothing is final as several key swing states, including  Pennsylvania, are still counting thousands of mail-in and early votes. But by midafternoon, Biden was projected by news outlets to have won 253 electoral votes, while Trump had 214. Unofficial returns also showed Biden leading in several states, including Arizona and Nevada, and close to the president in Georgia, where early ballots were still being counted.

Although Democrats poured tens of millions of dollars into races to defeat vulnerable Republican senators this year, most of the incumbents — including Sens. Susan Collins (Maine), Steve Daines (Montana), Joni Ernst (Iowa) and Lindsey Graham (South Carolina) — won their battles. Several races are still too close to call.

But who controls Washington, D.C., is only part of the election’s impact on health policy. Several key health issues were on the ballot both directly and indirectly in many states.

As usual, voters in California faced a lengthy list of health-related ballot measures.

For the second time in two years, the state’s profitable kidney dialysis industry was challenged at the ballot box. A union-sponsored initiative would have required dialysis companies to employ a doctor at every clinic and submit infection reports to the state. But the industry spent $105 million against the measure. It failed, according to unofficial returns posted by the state.

Voters were also asked to decide, again, whether to fund stem cell research through the California Institute for Regenerative Medicine via Proposition 14. Voters first approved funding for the agency in 2004, and since then, billions have been spent with few cures to show for it. The measure passed.

California has been at the forefront of the fight over the so-called gig economy, and this year’s ballot included a proposal pushed by ride-hailing companies like Uber and Lyft that would let them continue to treat drivers as independent contractors instead of employees. Under Proposition 22, the companies would not provide direct health benefits to drivers but would give those who qualify a stipend they could use toward a premium for health insurance purchased through the state’s individual marketplace, Covered California. The measure was approved.

Finally, voters in the Golden State were asked whether to impose higher property taxes on commercial property owners with land and property holdings valued at $3 million or more, which could help provide new revenue earmarked for economically struggling cities and counties hit hard by COVID-19, as well as K-12 schools and community colleges. Community clinics, California nurses and Planned Parenthood jumped into the thorny political battle over Proposition 15 — taking on powerful business groups — eyeing revenue to help rebuild California’s underfunded public health system. The measure appeared to have failed in a close vote.

Democrats in California, who control all statewide elected offices and hold a supermajority in the legislature, had been positioning for a Biden win, and some were already planning ambitious health care legislation for next year.

“I’m hopeful. Everything is riding on this,” said Senate President Pro Tem Toni Atkins, a Democrat. “California sees health care as a priority, and we need federal leadership, not just as it relates to the pandemic, but to help us get closer to universal coverage.”

Should Biden win, Democratic lawmakers said, they plan to crack down on hospital consolidation and end surprise emergency room bills, and some were quietly discussing liberal initiatives such as pursuing a single-payer health care system and expanding Medicaid to cover more unauthorized immigrants.

Elsewhere in the U.S., voters weighed in on other key health care issues:

In Colorado, a measure that would have banned abortions after 22 weeks of pregnancy — except to save the life of the pregnant person — failed, according to The Associated Press. Colorado is one of seven states that don’t prohibit abortions at some point in pregnancy. It is also home to one of the few clinics in the nation that perform abortions in the third trimester, often for severe medical complications. The clinic draws patients from around the nation, so residents of other states would have been affected if the Colorado amendment had passed.

In Louisiana, however, voters easily approved an amendment to the state constitution to say that nothing in the document protects the right to, or requires the funding of, abortion. That would make it easier for the state to outlaw abortion if the Supreme Court overturns Roe v. Wade, which makes state abortion bans unconstitutional.

The fate of the Medicaid program, for people with low incomes, was not on the ballot directly anywhere this election. (Voters approved expansions of the program in Missouri and Oklahoma earlier this year.) But the program will be affected not only by who controls the presidency and Congress, but also by who controls the legislatures in states that have not expanded the program under the Affordable Care Act. North Carolina is a key swing state where a change in majority in the legislature could have turned the expansion tide, but Republicans held onto their majority.

In six states, voters were deciding the legality of marijuana in one form or another. Montana, Arizona and New Jersey opted to join the 11 states that allow recreational use of the drug. Mississippi voters agreed to legalize medical marijuana, and South Dakota approved legalizing both recreational and medical pot.

Magic mushrooms were on two ballots. A measure in Oregon to allow the use of psilocybin-producing mushrooms for medicinal purposes passed, as did a District of Columbia proposal to decriminalize the hallucinogenic fungi.

Also approved was a separate ballot question in Oregon to decriminalize possession of small amounts of hard drugs, including heroin, cocaine and methamphetamine, and mandate establishing addiction recovery centers, using some tax proceeds from marijuana sales to establish those centers.