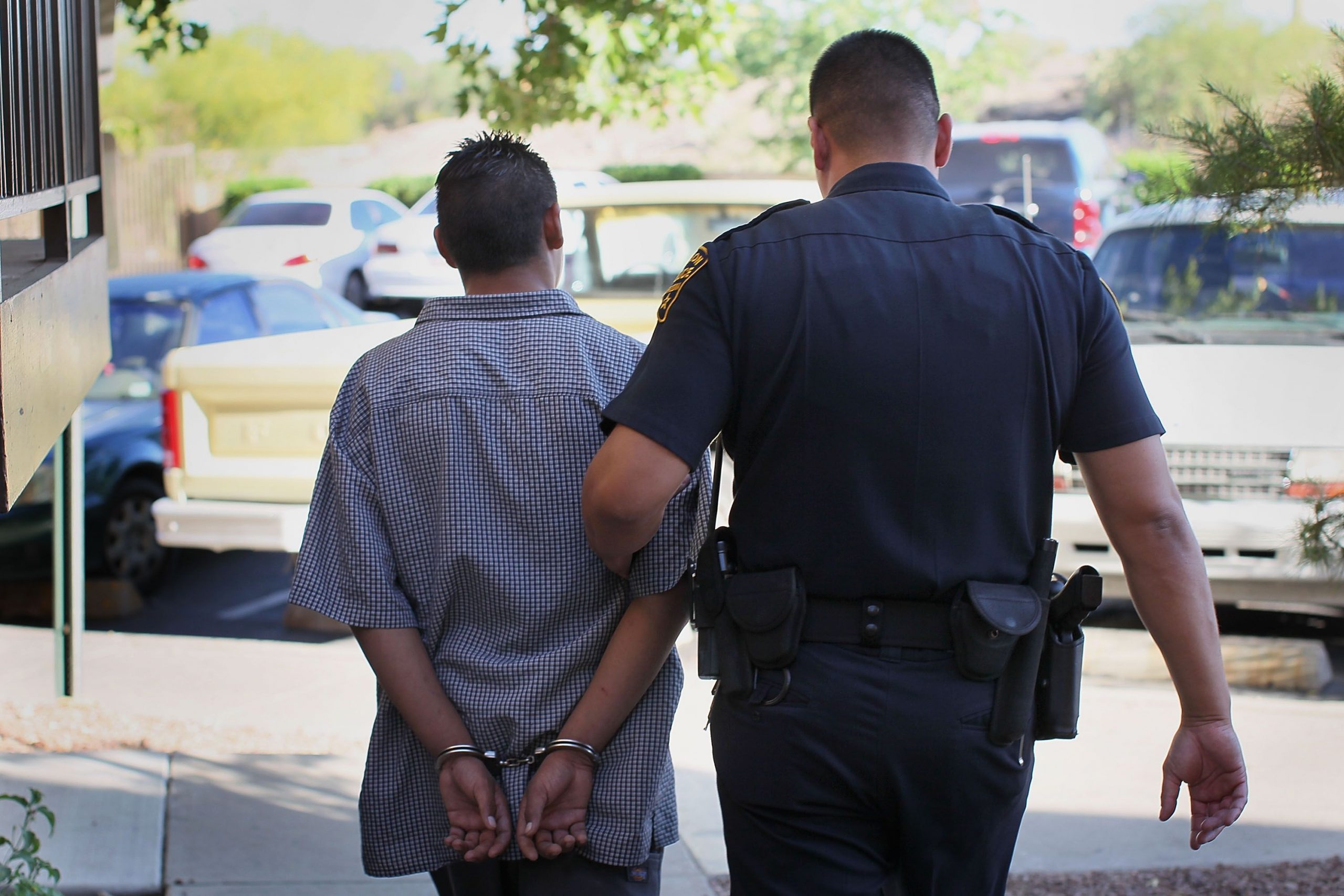 That’s all too common a practice, says a statewide coalition of juvenile justice advocates launching a “Right2RemainSilent” campaign for a law change.

When a 17-year-old Brooklyn boy was arrested last fall, a detective read him his Miranda rights in a precinct interrogation room and asked him if he would like to talk.

The teen’s answer was a clear “No.”

But a video obtained by THE CITY shows the cop leaving the room, then coming back and casually starting to chat with the teen’s mom.

“Do you want to ask him what happened?” the cop asks her after she said she didn’t know why her son was being detained.

With no lawyer present, the nervous-looking teen, whose name is being withheld by THE CITY, cautiously begins to talk to his mother. He explains how cops approached and questioned him while he was buying food in a store.

The detective then starts questioning the minor directly, invoking his mom’s “concern.”

The boy later told his Legal Aid Society lawyer that he didn’t realize what he was saying to his mother could be used against him.

The cop then quickly presented a paper to the teen. “Do me a favor? You just sign here,” the detective says nonchalantly, indicating it’s just “the questions I read off to you.”

What the teen didn’t know is that he had just signed his Miranda rights away.

A copy of the document reviewed by THE CITY reads that “subject replied ‘yes’” when advised of his right to remain silent and asked if he was willing to answer questions — even though the video clearly indicates otherwise.

The NYPD did not comment on the specific teen’s case or the interrogation video, of which both a raw and 2.25-minute edited version was provided by The Legal Aid Society for review by THE CITY.

“It wasn’t right,” the teen said of his experience in a statement provided by his lawyers.

They are pushing for the passage of a stalled bill in Albany that would give minors more protections when detained or questioned by police. https://twitter.com/BronxConnect/status/1366906100377923593

“This legislation would provide long-overdue protections for our vulnerable Black and Latinx clients,” said Dawn Mitchell, attorney-in-charge of the juvenile rights practice at The Legal Aid Society, the city’s largest public defense organisation. “Young people are not able to comprehend the Miranda warnings, or the consequences of waiving their right to remain silent.”

As previously reported by THE CITY, the bill, sponsored by Bronx Assemblymember Latoya Joyner and State Senator Jamaal Bailey, has been stuck in the children and families committees of both houses.

The measure would require that minors speak with a lawyer before they can waive their rights, that officers contact parents before a child can be moved from the scene of their arrest, and redefines when an interrogation can be deemed “necessary.”

Commenting only on the pending legislation, Sergeant Edward Riley, an NYPD spokesperson, said: “This bill as written essentially supplants the judgment and reason of a juvenile’s parent or guardian and replaces it with an attorney.”

“The bill creates an unreasonable standard that would be detrimental to public safety,” he added.

Laws governing how cops can interrogate kids have changed little since the infamous arrests on 1989 of the Central Park Five — a group Black and Latino kids from Harlem who were wrongfully convicted of the rape and beating of a white woman in Central Park. They gave false confessions following grueling interrogations without counsel, and were vilified by the media and public figures, including Donald Trump.

They were only exonerated in 2002 after another man confessed to the crime.

“Even with the Central Park Five, even if parents are also in the room that doesn’t necessarily shield children or help them make the best decisions that are in their interests,” Joyner said Wednesday.  “I’ve seen it over and over again, people that do not have access to attorneys are always at a disadvantage.”

Arrested youth, who are disproportionately Black and Latino in New York City, are estimated to waive Miranda rights at higher rates than adults.

The rally on Thursday afternoon will be led by BronxConnect, a faith-based nonprofit that offers anti-violence, alternative to detention and re-entry programs.

K’Juan Lanclos, 23, who works with BronxConnect’s “violence interrupter” team, told THE CITY that he wants kids to have someone to stand up for them “no matter if they did it or didn’t.”

“Because when I was in there, I had nobody to be there. When I was 13, there was hardly nobody around,” he said.

Lanclos said he was detained while playing 500 — a basketball game — by cops who were after another group of kids that threw rocks at cars. He told THE CITY that officers slammed him on the ground and beat him before taking him to a precinct where he was questioned and left overnight.

Police, he said, refused to let him call his mom — but he kept quiet in the face of questioning and was let go without being charged.

“I really want to see the youth actually get a chance to know what they’re getting themselves into, and know what the consequences [are],” said Lanclos.

About the bill, he said: “I didn’t know there was a lot of people in the world that actually cared about the same thing I cared about.”

The 17-year-old in the video, who is still charged with criminal possession of a weapon in the second degree, ultimately hopes to study music and business in college. His case is pending.

“I hope this law is passed so police aren’t allowed to take advantage of how scared and confused kids like me are in that situation,” he said.

This article was originally posted on A Brooklyn Teen Refused to Waive his Miranda Rights. But the NYPD’s Questioning Didn’t Stop There, Video Shows