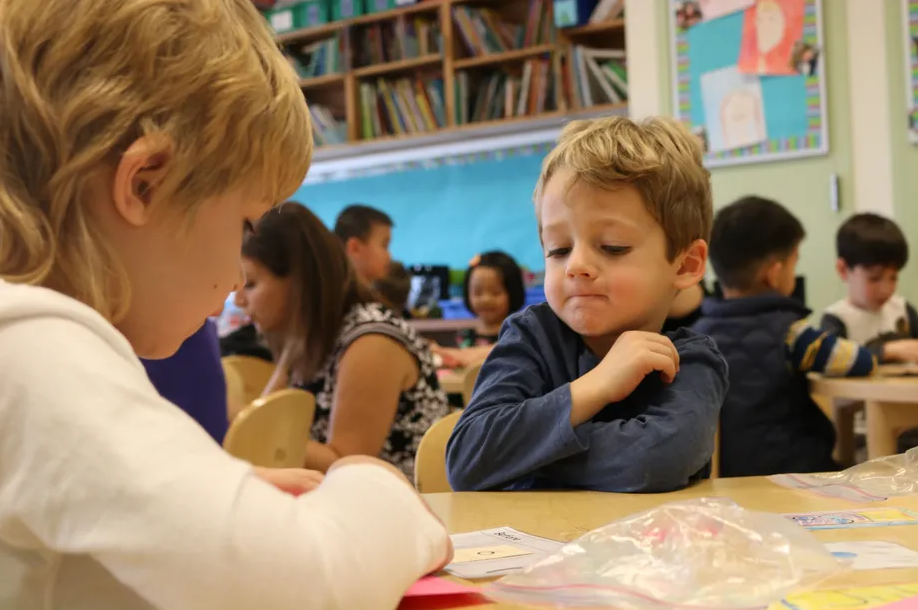 Roughly one out of every five 4-year-olds who applied for kindergarten seats in New York City’s gifted and talented program received a spot, according to preliminary data the education department released Tuesday.

The charged debate over these sought-after classes came to a head this year as officials were forced to abandon the test typically given to preschoolers for entry. Instead, this year’s incoming kindergartners were offered seats through a nomination and lottery process.

The G&T test, widely criticized for being given to such young children, is often seen as driving segregation in the program. Last school year, gifted classes enrolled just 14% of Black and Latino students, even though they make up nearly 60% of all kindergartners. At the same time, nearly 80% of seats went to Asian and white students, despite those children making up about 40% of last year’s kindergartners.

But it remained unknown whether the new — albeit temporary — admissions method resulted in more offers to Black and Latino children. The education department said they could not yet release racial and demographic information because many of these incoming students are not yet enrolled in city schools.

This year, parents and guardians nominated 11,600 rising kindergarteners. Of those, roughly 10,000 children were deemed eligible by pre-K teachers or the city’s Office of Early Childhood Education to enter a lottery, resulting in offers for nearly 2,400 seats.

Families who received offers on Tuesday have until July 30 to accept. After this year, the city plans to collect feedback from families on what admissions should look like in the future. But a new system could be up to Eric Adams, who is expected to win the general election for mayor after recently winning the Democratic primary. The next mayor will take office in January 2022.

This year’s interest fell short of the 15,000 rising kindergartners who typically take the gifted and talented test, which is offered one-on-one with a verbal section and a spatial reasoning portion.

The dip may have resulted from fewer families being aware of the change or not knowing how to navigate the application process. It could also point to the general drop in kindergarten admissions: Overall applications fell 12% for the upcoming school year compared to the year before.

Officials warned against comparing this year’s data to previous years, since the admissions method has changed. But they did highlight that this year’s application process resulted in a 42% increase in offers in the 19 districts with the largest shares of students from low-income families. Those are districts where the percentage of students who are economically disadvantaged exceed the city average of 73%.

Also, for the first time since at least 1990, when the city began keeping records related to gifted and talented, every program is filling its seats. In past years, some seats went unfilled because of “eligibility and demand,” officials said.

Manhattan’s District 2, spanning some of the city’s most affluent ZIP codes, typically has the most applicants and offers. The district, which includes well-heeled neighborhoods such as TriBeCa and the Upper East Side, continued that trend, with more than 1,200 applicants and more than 300 offers.

That came as little surprise to critics of the G&T test, who believe that well-resourced families are more likely to apply and be in a position to navigate the admissions process.

In response to those long-standing concerns, the city’s Panel for Educational Policy — which approves school system contracts or major policy decisions — voted down this year’s contract for the annual gifted and talented test. It was a stunning move from the panel typically seen as a rubber stamp for City Hall’s policies and priorities.

After forcing Mayor Bill de Blasio to rethink gifted and talented admissions this year, the city decided to let parents nominate their children for spots. For those enrolled at a city pre-K program, a teacher from the school was charged with deciding whether that child should be eligible for the program based on questions about students’ “curiosity, approaches to learning and play, relationships and interactions,” according to an education department official.  For children not enrolled in pre-K, the city’s Office of Early Childhood Education completed a short remote interview with the family before deciding  eligibility.

Advocates for reforming the gifted and talented process still critiqued this revamped process, citing potential biases of the evaluators deciding who should be eligible for the lottery, as well as concerns about how under-resourced families would navigate the new process.

Halley Potter, a senior fellow at the think tank The Century Foundation and a supporter of reforming the city’s gifted and talented system, said the offer data showed “marginally better outcomes in terms of equity” compared to the old system and also appeared to be more geographically representative.

But this year’s “tweaks” to the admission system still didn’t go far enough to create a more equitable system, she said.

She believes the city should stop separating children deemed as gifted from their peers — a practice shared by fewer than 10% of other American districts, she said. Instead, schools could provide extra services for gifted children in their classroom or by sending them to a higher grade for a specific subject they excel in. Schools could also adopt a schoolwide enrichment model, where every student has access to more challenging, project-based work.

“There are a variety of different ways you could do that that don’t have the same segregating effects [as] the current system,” Potter said.

This article was originally posted on After nixing gifted and talented test, New York City awards seats to 4-year-olds based on educator nominations