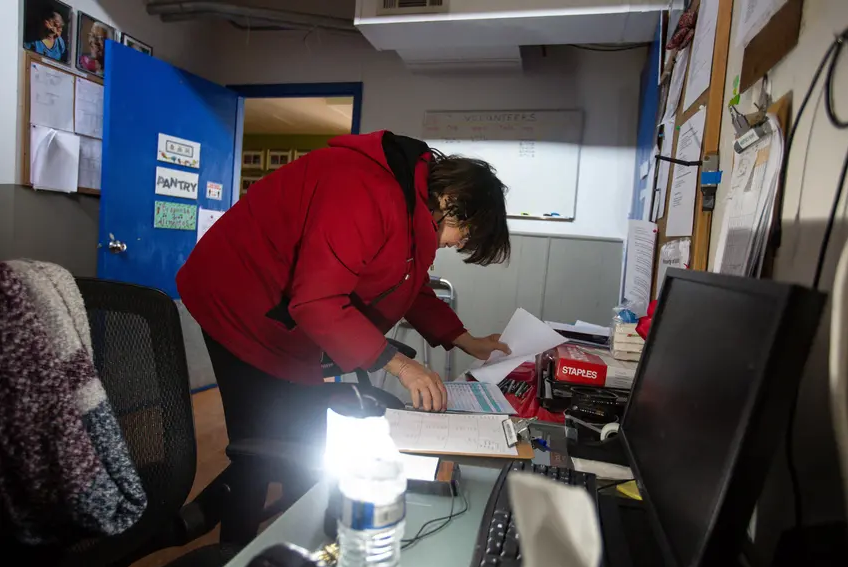 Last month’s disastrous and deadly winter storm impacted most Texans served by the state’s main power grid, with almost 70% of those people losing power in subfreezing temperatures and almost half experiencing a water outage, according to a new report from the University of Houston.

And although Texans were told to prepare for short-term, rolling power outages ahead of the storm, those who lost electricity ended up going an average of 42 hours without it, the survey found.

As the updated death toll from the storm reached 111 deaths last week, the severity of its full force has continued to come into focus. The damage the storm wreaked could make it the costliest disaster in Texas history.

The Electric Reliability Council of Texas manages the state’s main power grid, which represents 90% of Texas’ electric load and serves more than 26 million customers, according to the agency.

Lucero Marquez, 23, lives in north Austin and although she lost running water for about 96 hours, she said she felt lucky she retained power and could venture to the local convenience store for bottled water.

“We have to go through these extra steps to flush our toilet and wash our dishes, but honestly, overall, we are thankful that we’ve got this scenario,” Marquez told The Texas Tribune during the week of the storm. “We’re not cold and shivering like many millions of others are.”

The storm also endangered Texans in the ERCOT service area indirectly as they struggled to stay warm. Despite the risk of carbon monoxide poisoning, a quarter of those who lost power from the main grid used their gas ovens or stove cooktops to stay warm, and 8% turned on a grill or smoker indoors.

Nine percent of those who left their homes while trying to escape the cold stayed in their cars.

“This was as catastrophic as we all believed it to be,” said Kirk Watson, founding dean for UH’s Hobby School of Public Affairs, which conducted the online survey.

To accurately represent the impacted population, the school surveyed residents older than 18 living in the 213 counties managed by the ERCOT. It pulled in 1,500 responses during mid-March and matched a sampling frame of the genders, ages, ethnicities, races and education levels reflective of the counties.

Black Texans were “modestly more likely” to have lost power than white Texans, according to the study.

“I’m hoping the people start recognizing that these kinds of things are going to be happening more frequently,” said Watson, a former Democratic state senator. “We need to avoid the politics of things like climate change and instead focus on the reality of what’s happening and not allow people to be shivering in their homes in Texas without power and without water.”

The UH report also gathered public opinion on state policies and public officials. ERCOT and the Public Utility Commission, which oversees the grid operator, garnered low approvals of 6% and 10%, respectively.

In marathon legislative hearings, Texas lawmakers grilled public regulators and energy grid officials about how power outages happened and why Texans weren’t given more warnings about the danger.

But policy observers blamed the power system failure on the legislators and state agencies, who they say did not properly heed the warnings of previous storms or account for more extreme weather events warned of by climate scientists. Instead, Texas prioritized the free market.

A Texas Senate committee advanced a wide-ranging bill Thursday that would, among other things, mandate that power and natural gas companies upgrade their facilities to withstand severe weather. It would also create a statewide emergency alert system for future large-scale power outages.

A majority of Texans in UH’s survey supported requiring energy facilities to weatherize their equipment and face inspections from the PUC. The support for these policies were bipartisan. The alert system would help the 63% of Texans in the ERCOT area who relied on neighbors and friends for information, according to the UH study.

Executives at billionaire Warren Buffett’s Berkshire Hathaway Energy have been lobbying Texas lawmakers to support an $8 billion plan to build 10 new natural gas power plants that would provide energy during peak consumption hours when demand is highest. The company wants lawmakers to create a revenue stream to Berkshire through an additional charge on Texans’ power bills.

Watson, who served in the state Senate from 2007 to 2020, was involved in legislative conversations about extreme winter weather after a harsh winter storm hit in 2011 and left Texans without power.

“In 2011, when we were asking questions about that winter storm, we were receiving promises and commitments that winterization would occur so that sort of thing wouldn’t happen again,” he said. “Clearly, those things still need to be done.”