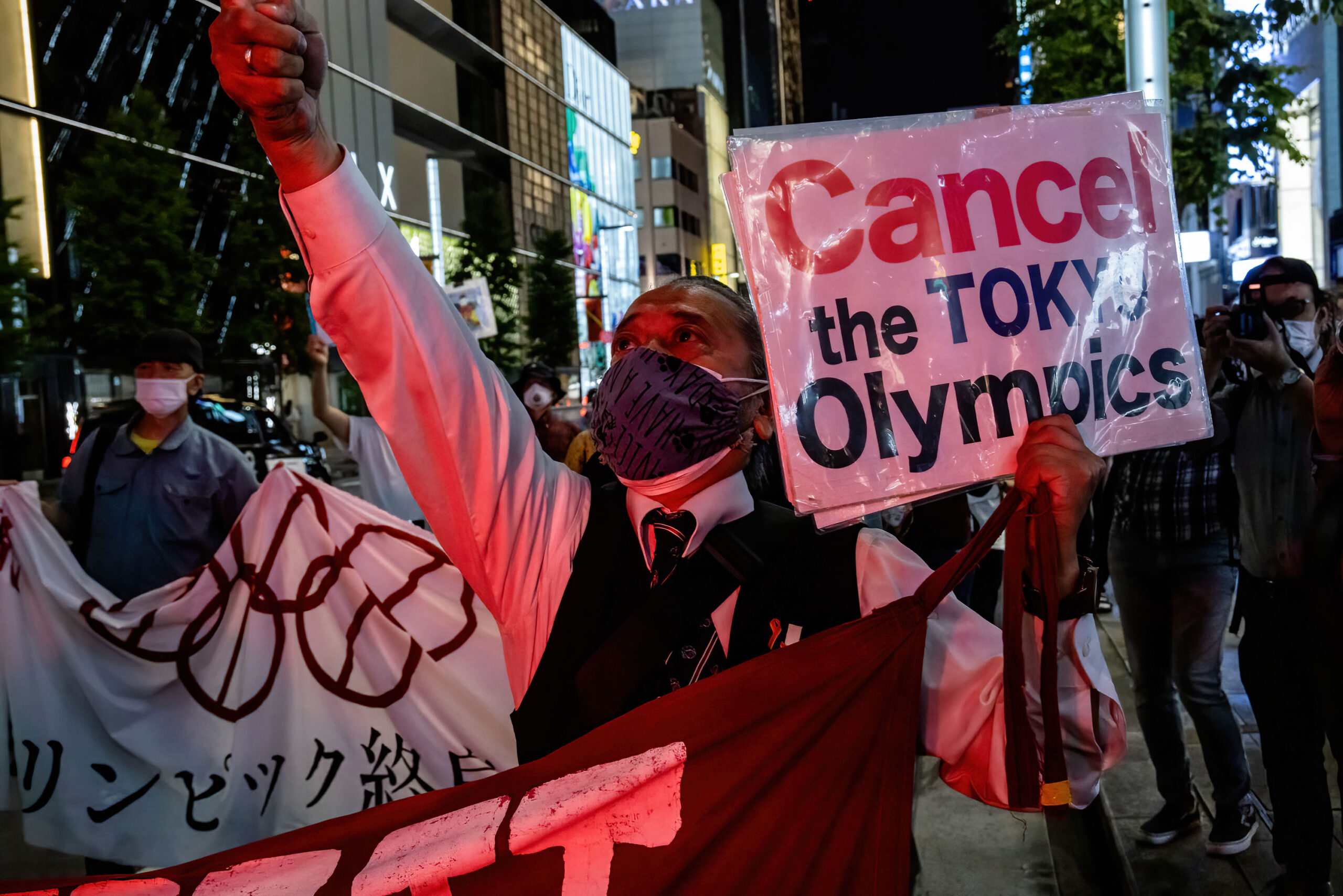 The Summer Olympics, postponed in 2020 by a year because of the COVID-19 pandemic, is scheduled to begin on July 23, 2021, in Tokyo. Even though surfing and four other sports will debut at these games, the locals aren’t exactly thrilled.

According to a recent poll, some 83% of the Japanese public wants the Olympics canceled, and protests are frequent. Amid a coronavirus surge that’s left the country short on hospital space and slow on carrying out vaccinations, an association representing thousands of Tokyo doctors wants the games called off. So do Japanese business leaders.

The International Olympic Committee, the nongovernmental authority that organizes the winter and summer games, has acknowledged this erosion of support without changing course. “We listen but won’t be guided by public opinion,” spokesman Mark Adams said.

Based on research my colleagues and I have done about the costs and benefits of hosting the Olympics and other multibillion-dollar sporting events, I find this statement ironic. The International Olympic Committee weighs public sentiment in cities when it decides where to hold the games.

For example, in 2019 the committee ruled out Stockholm’s bid to host the winter games in 2026. It selected instead Milan and the Alpine ski resort of Cortina d’Ampezzo because public support was stronger in Italy. Four other countries bowed out of the bidding process because of underwhelming domestic support to host the Olympics.

Tokyo’s predicament is only the latest and most extreme example of the way host cities tend to lose interest by the time these events happen. The risks that come with the prestige and attention generated when the Olympics, World Cup and other huge events are held no longer seem worth the trouble or the cost.

Initially, the 2020 games commanded strong support. Tokyo got creative about engaging the public, such as by crowdsourcing the transformation of discarded consumer electronics into Olympic medals, seeking volunteers and collectively choosing Olympic mascots. After a tsunami and the Fukushima nuclear disaster, the games carried the promise and symbol of national recovery.

That sense of promise was short-lived.

Five years before the coronavirus pandemic began, Tokyo residents were losing interest in the Olympics. Critics bemoaned the bureaucracy, cost overruns and a lack of trained workers. When the original design for a new national stadium approached US$2 billion, it was replaced with a revised plan that would cost half as much.

This pattern echoed what happened in Brazil, which hosted the 2016 Summer Olympics in Rio de Janeiro. Years earlier, many Brazilians had been excited about the event. The reality was far different, with abandoned facilities, claims of corruption, and lost opportunities to remake Rio for all of its citizens.

Urban planning scholar Eva Kassens-Noor and I analyzed 21 million tweets to gauge public interest in the Rio games. We found that while the sporting events may have been popular, the International Olympic Committee generated far more negative than positive sentiments. The tenor of those tweets suggests that the public saw the IOC as self-serving and lacking an interest in helping the host city.

What’s in it for hosts

On May 25, 2021, the State Department issued an advisory warning that “U.S. citizens are strongly discouraged from traveling to Japan.” It told Americans not to go there because of “a very high level of COVID-19 in the country.” But the U.S. Olympic and Paralympic Committee indicated that U.S. athletes would participate anyway.

Even if the games do happen, they will be scaled back. No international spectators are coming, and the safety concerns already expressed by many athletes around the world before the ominous U.S. travel advisory could translate into lower numbers of competitors than expected.

A scaled-back Olympics would still generate plenty of broadcast revenue. The IOC earned $4.5 billion for the 2018 and 2020 Olympics, a powerful incentive to maintain the event. People around the world will still be able to watch the competition on television or on other devices, possibly with crowd noise added for effect. But that money largely flows to the International Olympic Committee, not to the place hosting the event.

The committee initially offered Tokyo $1.3 billion to cover some of what it’s spending on the Olympics, although contract language allows it to pay a different amount at its discretion. By one estimate, losing out on in-person foreign spectators could cost Japan as much as $23 billion.

Local organizers have historically benefited most not from ticket sales but from what spectators spend on hotels, restaurants and their travels around the city and country. The decision to ban foreign spectators precipitates trip cancellations and refunds owed for 600,000 tickets.

A brighter future is possible

Even if Tokyo’s Olympics turn out to be the debacle residents seem to fear, I don’t think it will necessarily damage the Olympics’ credibility for other potential host cities.

Instead, the coming decade will determine whether the event will keep going in the future. Will the Paris Summer Games in 2024, the Milan-Cortina Winter Games in 2026 and the Los Angeles Summer Games in 2028 be success stories? These events promise to be less expensive, as they will make use of venues built for past events, use temporary facilities and integrate long-term local needs into their construction plans.

Each of these cities has hosted big sporting events before. The challenge is to do it again, only better.