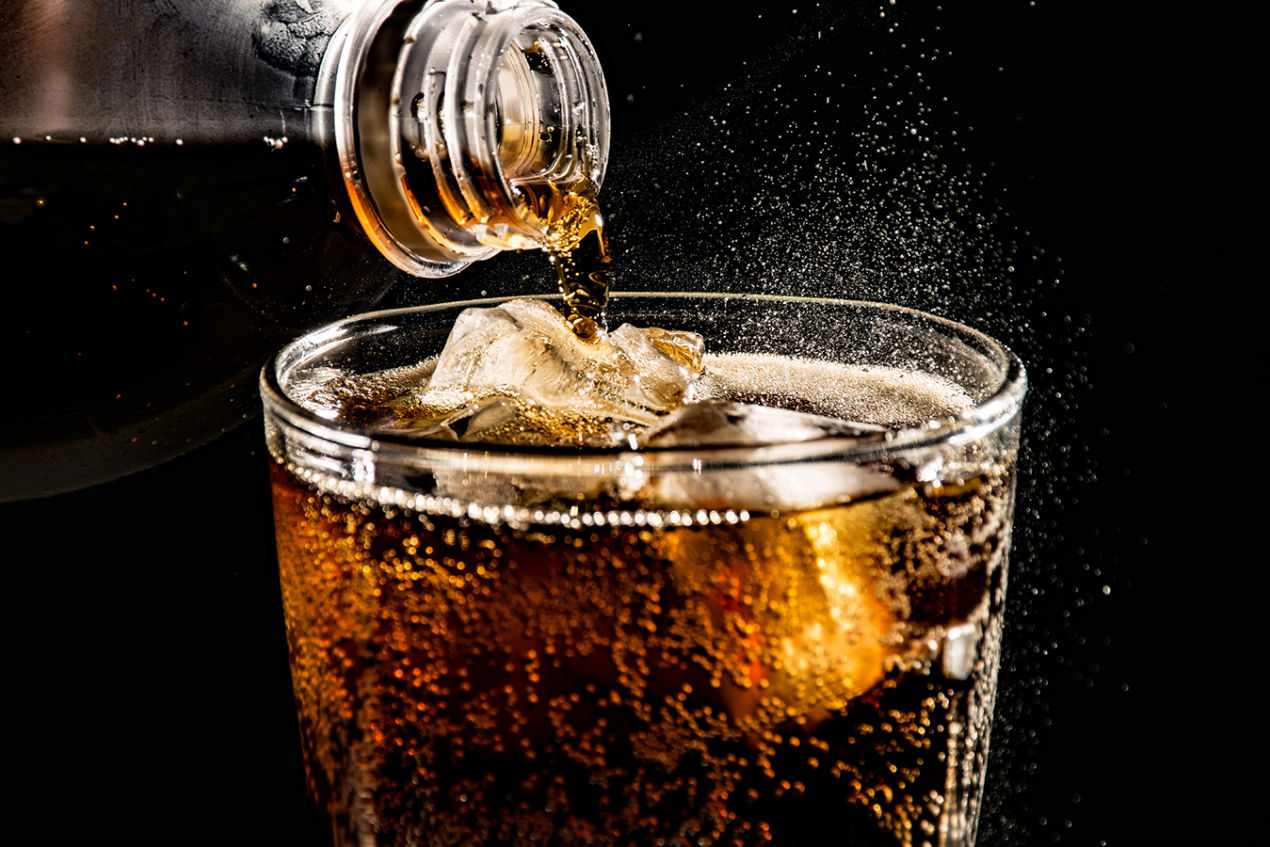 That’s how infuriated lawmakers described soft drink companies — and what they pulled off in 2018 when they scored a legislative deal that bars California’s cities and counties from imposing taxes on sugary drinks.

Yet, despite its tarnished reputation, the deep-pocketed industry continues to exert its political influence in the nation’s most populous state, spending millions of dollars on politically connected lobbyists and doling out campaign contributions to nearly every state lawmaker.

The result? Bills long opposed by Coca-Cola Co., PepsiCo and other beverage companies continue to flounder. Just two weeks ago, a measure that would have undone the 2018 deal that lawmakers so vehemently protested was shelved without a hearing.

“Big Soda is a very powerful lobby,” said Eric Batch, vice president of advocacy at the American Heart Association, which has petitioned lawmakers nationwide to crack down on sugar-laden drinks that health advocates say contribute to diabetes, obesity and other costly medical conditions.

“They’ve spent a lot of money in California to stop groups like ours from passing good policy,” Batch added. “And they’ve been doing it for a long time.”

In the past four years, soft drink companies spent about $5.9 million lobbying California lawmakers and giving to their campaigns or favorite charities. A California Healthline analysis of campaign finance records from Jan. 1, 2017, to Dec. 31, 2020, found that the American Beverage Association, Coca-Cola and Pepsi have given to nearly every state officeholder — from Gov. Gavin Newsom to roughly five-sixths of the 120-member legislature.

The American Beverage Association declined an interview request to discuss its political giving and this year’s bill that would have upended the soda tax moratorium it helped orchestrate. Coca-Cola and Pepsi did not return requests seeking comment.

In 2018, the industry spent $8.9 million to boost a statewide ballot measure sponsored by the California Business Roundtable that would have made it more difficult for cities and counties to levy taxes — not just taxes on sugary drinks — by requiring them to be approved by two-thirds of voters instead of a simple majority. Fearful that local governments could face a higher voting threshold for taxes and fees that would fund libraries, public safety and other services, lawmakers at the time said they had no choice but to negotiate with the industry.

In a deal that several lawmakers described as “extortion” and a “Sophie’s Choice,” the legislature agreed to pass a bill banning new local taxes on sugary drinks until Jan. 1, 2031, if the industry and other supporters dropped the ballot measure. Then-Gov. Jerry Brown, who had dined with industry executives several weeks before, signed the bill.

This year’s bill, which would have reinstated cities and counties’ ability to put soda taxes before voters, is all but dead.

“They’re gaming the political system,” said Assembly member Adrin Nazarian (D-North Hollywood), the author of AB 1163. Nazarian said he hopes to revive the measure before April 30, the deadline for policy committees to hear legislation for the year.

“It’s one thing for us to make a bad policy decision once,” he said. “It’s another thing to give a signal to all the industries that will then utilize this loophole against us. How many more times are we going to be doing this?”

Public health advocates point to such taxes as a way to cut consumption of soda, sports drinks, fruit juices and other sweet beverages, citing studies that show the more they cost, the less people buy them. On average, a can of soda contains 10 teaspoons of sugar, nearly the entire recommended daily amount for someone who eats 2,000 calories a day. Some energy drinks contain twice that.

Four California cities — Albany, Berkeley, Oakland and San Francisco — had soda taxes in place before the 2018 legislative deal that were allowed to remain. Boulder, Colorado; Philadelphia; Seattle; and the Navajo Nation also have soda taxes, with proposals under consideration in Rhode Island and Washington, D.C.

Nazarian said he expected his attempt to undo the soda tax moratorium to be an uphill battle, but he is frustrated the bill was denied even one hearing.

Nazarian, like lawmakers before him, is butting up against a strong anti-tax environment in U.S. politics, said Tatiana Andreyeva, director of economic initiatives at the University of Connecticut’s Rudd Center for Food Policy & Obesity. So, while more than 40 countries have imposed national taxes on sugary drinks — including the United Kingdom, Mexico, Portugal and South Africa — national and state efforts have stalled here.

There’s also the political might of the soda industry.

“Look at how much money they spend fighting all these bills that have been proposed,” said Andreyeva, who has studied the soda industry since 2007. “We have seen dozens and dozens of bills at the state and local level. There’s always a lot of opposition by the industry. They are well-funded, they will organize and it’s very hard.”

In California, soft drink companies spent $4.4 million in the past four years lobbying lawmakers and state officials, treating them to dinners and sporting events. They hired veteran political firms staffed by former government employees who know how the Capitol works and often already have relationships with lawmakers and their aides.

For instance, until earlier this year the American Beverage Association had Fredericka McGee on its payroll as its top California lobbyist. She had worked for five Assembly speakers. Now, McGee is chief of staff to Los Angeles County Supervisor Holly Mitchell, a former state legislator who in 2018 was the chair of the powerful Senate Budget Committee, which oversaw the deal banning new local soda taxes.

In addition to lobbying, the industry spent just over $1.5 million on contributions to lawmakers, including big checks written to charities on their behalf.

The largest contributions flowed to the lawmakers with the most influence.

Pepsi and Coca-Cola gave a total of $25,000 to charities in the name of Assembly Speaker Anthony Rendon, according to the state Fair Political Practices Commission, which tracks the donations, known as “behested payments.” That’s on top of the $35,900 Rendon collected in his campaign account from the industry over the past four years.

Senate President Pro Tem Toni Atkins cashed $26,000 in campaign checks from Coca-Cola and Pepsi, and accepted a $5,000 donation to one of her charities from Coke’s bottling plant in her San Diego district.

In an emailed statement, Rendon described the issue of sugary drinks as complex and said he co-authored legislation in 2015 that would have imposed a tax on distributors of sugary drinks. It died in committee.

“I want us to do something to reduce the consumption of sweetened beverages,” Rendon said. “These bills have been hard to pass, but I think it’s simplistic to pin it on contributions.”

Atkins did not comment on Big Soda’s political power but said in an emailed statement she would review Nazarian’s bill “on its merits” if it comes before the Senate.

Nazarian’s bill is on hold in the Assembly Revenue and Taxation Committee, led by Autumn Burke (D-Inglewood). A spokesperson for Burke did not return calls and emails requesting comment.

Burke also received money from soda companies, collecting about $22,000 from Coca-Cola, Pepsi and the American Beverage Association from 2017 through 2020.

Public health groups aren’t willing to admit defeat and are mobilizing a grassroots effort to get a hearing for Nazarian’s bill. They say California must address the disproportionate health effects of sugary drinks on Black and Latino communities, which covid-19 only exacerbated.

“If the members of the legislature were looking at data and using data as the decision-making criteria for whether we should allow a ban on local taxes to be lifted, they would have to support that,” said Michael Dimock, president of Roots of Change, a program of the Public Health Institute. “But they are not looking at the data. Something else is influencing them.”

This article was originally posted on Another Soda Tax Bill Dies. Another Win for Big Soda.