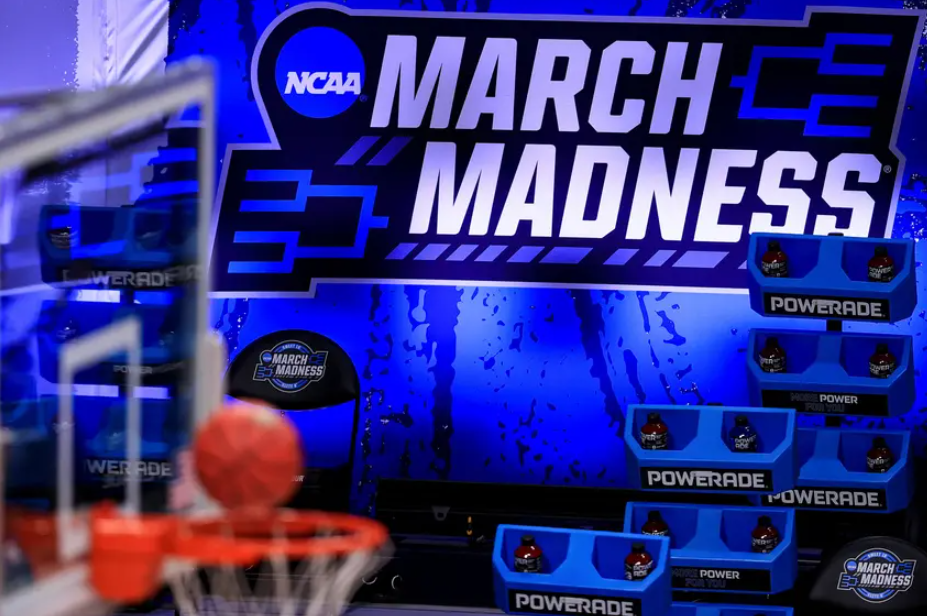 The National Collegiate Athletic Association Board of Governors said it will only hold college championships in states where transgender student-athletes can participate without discrimination. The Monday warning sets the stage for a political fight with multiple states, including Texas, that are considering bills in their legislatures that would require students to play sports with only teammates who align with their biological sex.

“Inclusion and fairness can coexist for all student-athletes, including transgender athletes, at all levels of sport,” the NCAA statement said. “Our clear expectation as the Association’s top governing body is that all student-athletes will be treated with dignity and respect. We are committed to ensuring that NCAA championships are open for all who earn the right to compete in them.”

Texas lawmakers have filed six bills that target transgender students’ sports participation — but only two of those bills would affect colleges and university sports in addition to K-12. While most of the proposals have not yet received a hearing, one bill, which was named a Senate priority, recently advanced out of a Senate State Affairs Committee to the full chamber for a vote. It would require the University Interscholastic League, which runs K-12 sports, to amend its rules to only let students play sports with students who match their biological sex as determined at birth or on their birth certificate. If passed, it would go in effect Sept. 1.

Rep. Cole Hefner, R-Mount Pleasant, who authored one of the two bills affecting college and university student athletes, was not immediately available for comment. In a statement, Rep. Valoree Swanson, R-Spring, defended her own version of the bill, called the Fair Play in Women’s Sports Act.

“This is about fairness and common sense,” Swanson said. “I am proud to stand with our female athletes in Texas, and I refuse to abandon them. Biological males are free to compete in sports in Texas, but not in sports exclusively for girls. We must pass the Fair Play in Women’s Sports Act, HB 1458, now.”

Neither bill has been scheduled for a hearing.

Texas lawmakers are also considering a bill that would classify providing children with puberty suppression drugs or performing gender reassignment surgery as child abuse. Another bill would revoke a doctor’s medical license if they perform a sex reassignment surgery for the purpose of gender reassignment to people under 18 years old or prescribe “puberty blockers.” Puberty blockers are reversible drugs often used by a transgender child who wants to delay puberty, including changes such as starting a period or deepening voice. The bill would also prohibit gender-confirming surgeries and hormone therapies. The Senate State Affairs Committee heard testimony on both bills Monday, but took no action on the legislation.

The recent NCAA women’s basketball tournament was held in Texas. Multiple games in the 2022 NCAA men’s March Madness tournament are already scheduled to be played in Fort Worth and San Antonio.

During previous legislative sessions, Texas Republicans, like those in other states, unsuccessfully pursued so-called “bathroom bills” that would prevent transgender people from using the bathroom that matched their gender identity. Business leaders at the time came forward with their opposition to the anti-transgender legislation —a trend that is re-emerging this session.

The NCAA’s statement comes as corporations are vocalizing their opposition to other conservative efforts, including proposed changes to Texas voting laws. Multiple Texas based companies, including Dell and American Airlines, spoke out against the proposed law earlier this month.

LGBTQ advocates said conservatives across the country are latching onto issues related to athletics and health care as the latest way to spread fear about transgender children using inaccurate information, despite opposition from medical and athletic associations.

Equality Texas held a press conference outside the Capitol building Monday afternoon, where transgender Texans and parents of transgender children spoke about their efforts to stop the passage of anti-trans legislation.

“We hope that Texans realize what’s really happening, which is essentially adults in power bullying trans kids,” said Emmett Schelling, the executive director of the Transgender Education Network of Texas.

“What they are doing is just unconscionable. These bills are just bad lawmaking,” said Lisa Stanton, a Houston resident and the mother of a transgender girl. “Instead of focusing on issues that focus on and affect all Texans, these legislators are trying to pass bills that harm children, rather than help them.”

While the legislation has seen some traction in the upper chamber, it’s unclear whether there will be support in the House, where similar bills have yet to get assigned a committee hearing.

In the past, Speaker Dade Phelan, R-Beaumont, has pushed back against bills that would weaken protections for LGBTQ people. After the Senate passed a bill in 2019 that removed nondiscrimination protections based on sexual orientation, the House State Affairs Committee, which Phelan chaired, had the language reinstated.

Phelan said in an interview at the time that he was “done talking about bashing on the gay community.”

In an interview with the Tribune in January, Sen. Charles Perry, R-Lubbock, who filed the priority bill and others on the issue, argued the changes were necessary to preserve Title IX.

He said transgender girls in particular — whom he referred to in an interview as “individuals who are quote confused” — could have an unfair advantage in strength and ability.

“This is purely 100% devoted to the preservation of Title IX and allowing women to compete against women in their peer groups in that biological category, so they know they can have an equal and fighting chance based on ability and not over some political narrative of the day that undermines fairness,” he said.

Perry declined to comment through his chief of staff about the NCAA action.

On Monday, Perry said during the State Affairs Committee hearing that the bills were trying to protect children who don’t possess the maturity to understand the impact of these decisions.

“God created us all in his own image. …We went outside that creation by our own accord and suffer with some of the consequences of being outside his will since the garden,” Perry said, referring to the Biblical story of Adam and Eve and the Garden of Eden. “This is another one of those issues that we find ourselves entangled in that unfortunately, the damage is to our most precious, precious being our children, not our personal lineage, but all of God’s children and the children in this state.”

But during testimony, at least one transgender Texan child pushed back on Perry’s arguments.

“God made me. God loves me for who I am, and God does not make mistakes,” Kai Shappley, a 10-year-old transgender girl, told the committee. Shappley and her mother, Kimberly, have fought anti-trans bills proposed by the legislature for several years now. The family moved from Pearland to Austin because of discriminatory laws that would not allow Kai to use the women’s restroom.

“I do not like spending my free time asking adults to make good choices,” Shappley said.

This article was originally posted on As Texas Legislature considers anti-trans bills, NCAA announces it will not hold events in states that discriminate against trans students