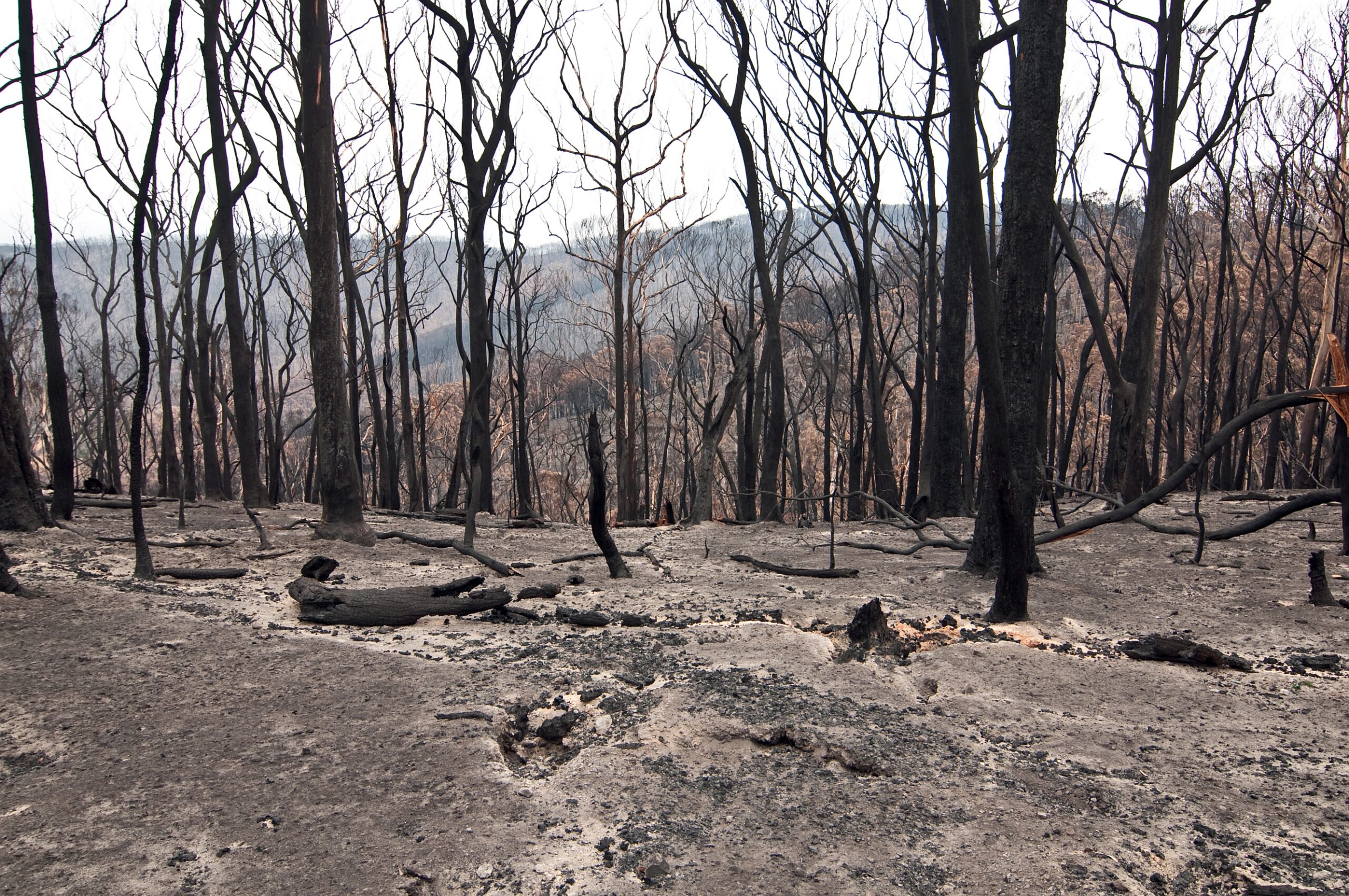 Eucalypt forests are well known for bouncing back after fire, and the green shoots that emerge from eucalypts stems as they begin their first steps to recovery provide some of the most iconic images of the Australian bush.

Resprouting allows trees to survive and quickly start photosynthesising again, which keeps carbon “alive” and stored in the tree. On the other hand, if a tree dies and slowly rots, the carbon stored in the tree is released into the atmosphere as a source of greenhouse gas emissions.

But our new research finds more frequent, severe bushfires and a hotter, drier climate may limit eucalypt forests’ ability to resprout and reliably lock up carbon. This could seriously undermine our efforts to mitigate climate change.

Our findings paint a cautionary tale of a little known challenge posed by climate change, and gives us yet another reason to urgently and drastically cut global emissions.

At the international climate summit in Glasgow last month, more than 100 nations pledged to end and reverse deforestation. This put a much-needed spotlight on the importance of the world’s forests in storing carbon to mitigate climate change.

Australia’s forests have forged a tight relationship with bushfire. But climate change is already changing – and will continue to change – the size, severity and frequency of bushfires. In Victoria, for example, over 250,000 hectares have been burned by at least two severe fires in just 20 years.

This unprecendented frequency has led to the decline of fire sensitive forests, such as the iconic alpine ash.

While resprouting eucalypts can be resilient to periodic fires, we know surprisingly little about how they’ll respond to increasingly common severe fires, particularly when combined with factors like drought.

Early evidence shows resprouting can fail when fire is too frequent, as seen in snow gum forests in the Victorian alps.

Understanding why is an area of active research, but reasons could include damaged resprouting buds (as their protective bark is thinned by successive fires), or the depletion of the trees’ energy reserves.

Forests burned by two fires stored half the carbon

If resprouting after fire begins to fail, what might this mean for carbon stores in widespread fire-tolerant eucalypt forests?

In our new paper, we tackled this question by measuring carbon stored in Victoria’s dry eucalypt forests. We targeted areas that had been burned once or twice by severe bushfire within just six years. In these places, severe fires usually occur decades apart.

First, we found carbon stores were lower in the drier and hotter parts of the landscape than the cooler and wetter parts. This makes sense – as any gardener knows, plants grow much better where water is plentiful and it’s not too hot.

More trees were killed with more frequent fire, which means what was once “living carbon” becomes “dead carbon” – which will rot and be a source of emissions. In fact, after two fires, less than half of the forest carbon was stored in living trees.

The carbon stored in large living trees is an important stock and is usually considered stable, given larger trees are generally more resilient to disturbance. But we found their carbon stocks, too, significantly declined with more frequent fire.

What do we do about it?

Given how widespread this forest type is in southern Australia, we need a better understanding of how it responds to frequent fires to accurately account for changes in their carbon stocks.

We also must begin exploring new ways to manage our forests. Reinstating Indigenous fire management, including traditional burning practices, and active forest management may mitigate some of the impacts we’ve detected.

We could also learn from and adapt management approaches in the dry forests of North America, where the new concept of “pyro-silviculture” is being explored.

Pyro-silviculture can include targeted thinning to reduce the density of trees in forests, which can lower their susceptibility to drought, and encourage the growth of large trees. It can also involve controlled burns to reduce the severity of future fires.

With the next, inevitable fire season on Australia’s horizon, such approaches are essential tools in our management kit, ensuring we can build better resilience in forest ecosystems and stabilise these crucial stocks of carbon.