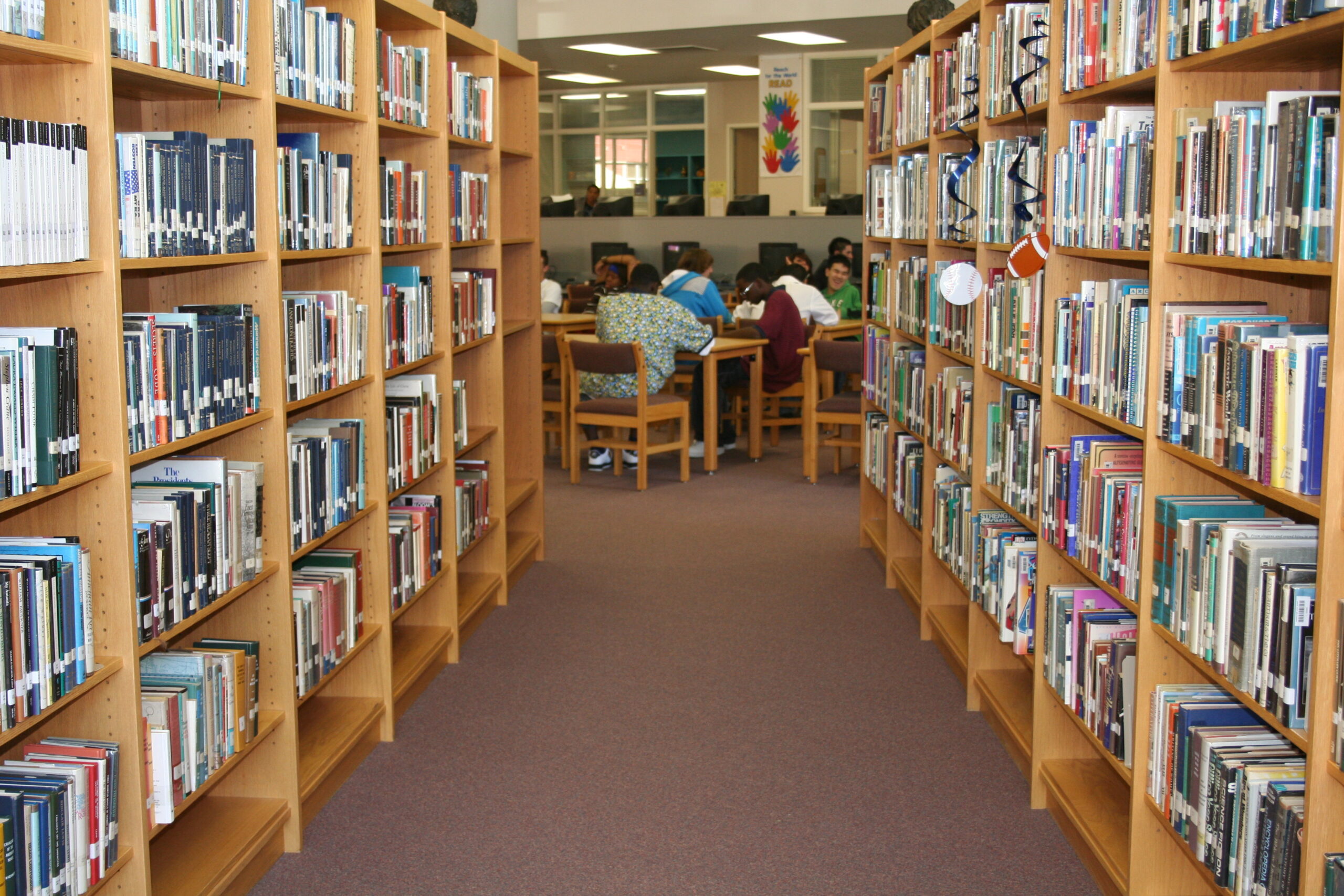 Rereading my old novels, I realized I was part of the problem.

I grew up talking about race and class and equity at my dinner table with my activist parents. During my two decades in the classroom, I taught a culturally sustaining curriculum, helping a diverse group of adolescents develop a positive identity through reading and writing. But in my first career,  I normalized whiteness for a generation of young people.

I am a retired middle school English teacher. White. Jewish. I leave a legacy of beautiful students whom I’ve been honored to teach. But throughout the 1980s and 1990s, I pumped out commercial young adult and middle-grade fiction. I started out editing teen romances and went on to write my own series fiction, produced under deadlines so tight I sometimes smacked out a whole novel in under two weeks. The books were big business, marketed to deliver a frothy, irresistible confection to the largest audience.

What audience? When I was a young editor, just starting out, I remember discussing the lack of diversity in these books with a boss. Where were the Black kids? “They don’t read,” my boss told me. “There’s no market for that.” Sit with that for a moment. ​

Eventually, my boss did put a Black model on the cover of one of our signature romance lines and hired … a white writer to write the Black protagonist. (Left out entirely — as it usually was at the time — was any discussion of kids who were brown, Asian, or anything besides Black or white.) It fell to me to edit the book. I proceeded to remove certain tropes so astonishingly racist that I just sat at my desk shaking my head.

And what about my own books?

I was a red diaper baby, whose grandparents came to this country looking for a refuge from hate and whose parents were willing to fight for their ideals. But I also spent the first 40 years of my life — until I became an educator — in a world that was mostly white, with whiteness as the default. My publishing colleagues and editors, for example, were white. Every single one of them.

So what did that look like, between the covers of my books? I never felt comfortable owning those hastily written reads that had once been my bread and butter. That part of my life is long over, and my identity as an educator is strong. Let those sleeping dogs yellow and fade. But a social media post from a long-ago colleague and a letter from a middle-aged fan who’d tracked me down, got me thinking about those books again. I took a box of them down from the closet, where they’d been sitting, untouched, for decades: more than 30 teen and middle-grade novels I had written under nine different pseudonyms.

I began with one that a reviewer had singled out for its “diverse supporting cast and authentic dialogue.” Maybe it wouldn’t be as bad as I’d feared.

But it was. Sure, I had some “diverse” secondary characters. Like the occasional “pretty black girl” (not capitalized in the late 20th century), the “dark-skinned dreamboat” with the obvious Latinx name, the “Korean” roommate — 100% American, with immigrant parents. Please kill me. Most of my books’ characters and all the protagonists were white. By default. There wasn’t a single time that I described any of my white characters by race. Gender norms? Don’t start me.

And can we talk about how I erased my own identity from these books? Not a single protagonist was Jewish. They had last names like Miller and Powell. And they came from the suburbs, from a land of tan and white station wagons, football games, and proms, none of which were personally familiar to this native New Yorker. The Miller and Powell kids had two-parent families, sat down to dinner together, were able-bodied, and aggressively heteronormative.

And this is what anyone of any race or group in this country over the age of 25 or so grew up with: Default whiteness in books, movies, and TV shows. Christian hegemony. Genderization. Every other identity erased.

“When children cannot find themselves reflected in the books they read,” writes Dr. Rudine Sims Bishop, in her article “Mirrors, Windows, and Sliding Glass Doors” “or when the images they see are distorted, negative, or laughable, they learn a powerful lesson about how they are devalued in the society of which they are a part.”

I put the box of books back in the closet. Young readers finally have choices that paint a richer, more authentic picture of who we are and who we want to be. We white, lifelong progressives of a certain age like to think we weren’t part of the problem. I have a written record that I was.

But a more pressing concern than a box of out-of-print books was what I’d passed down to my students. After surveying my old novels, I did an inventory of my curriculum for the past 20 years. Whew. A good syllabus for my mix of students. Beautiful books by authors of so many backgrounds. There was also my classroom lending library, full of Bishop’s windows and mirrors — book choices where any member of my class could find a reflection of themselves or an opening into someone else’s world. A few of the many books that my middle school students had loved in recent years included the fantasy novels “Akata Witch” by Nnedi Okorafor and “Children of Blood and Bone” by Tomi Adeyemi; and Chimamanda Ngozi Adichie’s debut novel, “Purple Hibiscus,” all three tying into a related unit in social studies on West Africa; Elizabeth Acevedo’s novel in verse, “The Poet X”; Jason Reynolds’ “Ghost,” and the graphic memoirs “American Born Chinese” by Gene Luen Yang and John Lewis’ “March.”

My students had also read classics — “To Kill a Mockingbird,” for example, which I taught for a number of years in the early 2010s. With its “white savior” hero and its Black characters that need saving, many teachers have now removed it from the syllabus.

In the years before educators began discussing the book’s issues at conferences and in online forums, I asked my students to delve into the ways that author Harper Lee was a product of her time; I invited them to examine the book’s communities — and author — with a reflective eye. A social map of the fictional town of Maycomb, Alabama, was one assignment. “To Kill a Mockingbird” was on my syllabus because it is magnificent in language and unusual in structure, with complex young characters and a message about stepping into each other’s shoes. And isn’t it worth considering why “To Kill a Mockingbird” was radical in its time, became a perennial, but now shows its racial fault lines? I taught “To Kill a Mockingbird” with Richard Wright’s stunning autobiography, “Black Boy,” about growing up Black at the turn of the last century in the deep South. The disparate lenses of the two books offered rich and frank discussions about race, perspective, history, and the power of words and literature.

During my final years in the classroom, just before the murder of George Floyd and an intensified discussion on race and social issues in the classroom, I might have said, let’s read the classics with intention, as beautifully crafted pieces of literature and primary sources of white supremacy. Flowers and thorns. Along with a freshly blooming canon. Let’s ask who is on the pages and who is not.

​But my box of teen romances made me confront how deeply entrenched the subliminal messages were — in so many classic texts and older mass-market fiction alike — with their unconscious erasure, their twisted history, their systemic racism. How many generations will it take to banish those messages? Can we vanquish them while still reading them, watching them, metabolizing them? My own books made me consider, for a moment, the notion of a curriculum without any of the old canon at all. Can students learn to be thoughtful, critical readers without “Mockingbird”? Are there other books that warrant our students’ attention? Yes and yes.

With this in mind, some teachers poll their students on curricular book choices. Some of us design pairings to augment the traditional canon and recenter the discussion. Some of us create a syllabus of titles that haven’t traditionally been taught in school. My tried-and-true recipe is a mix of diverse full-class texts to model how we read and discuss literature; small groups, where students read books of choice together; and a vigorous independent reading program, which affords the freedom to read for individual appetite and encouragement to read widely and across divides. Equally important are opportunities to write about literature with a speculative lens — to write scenes from other characters’ points of view, rewrite from another time or place, refashion endings, and push, as Chimamanda Ngozi Adichie extolls us, against a single story.

This article was originally posted on Before becoming a teacher, I was a YA author. My books normalized whiteness.