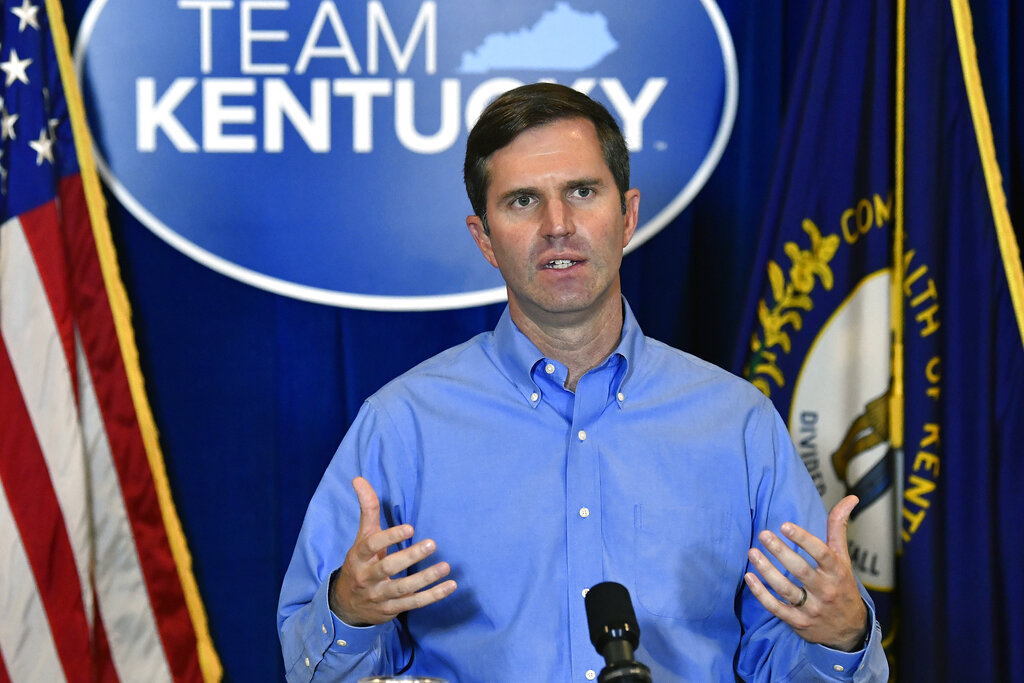 As concerns about the new COVID-19 omicron variant continue to linger across the U.S., Kentucky Gov. Andy Beshear urged people to not forget about the delta variant, which is driving yet another increase in cases in the Bluegrass State.

Earlier this week, Beshear announced the state’s highest number of cases in two months. For the week ending Sunday, the administration announced 15,936 new cases in the state.

“We are certainly not headed in the right direction,” he said.

Kentucky also lost 198 people to the virus over the previous three days. The governor rattled off the age and county of several people in their 30s and 40s.

Other key statistics were also rising, according to the governor. As of Monday, 1,077 Kentuckians were hospitalized with COVID cases, and 310 of them were in intensive care units. Nearly 170 people needed ventilators.

“This is still very much here,” Beshear said. “Again, just because some of us want to be over this virus doesn’t mean it is over us.”

With the holiday season now ramping up, Beshear urged people to either get vaccinated or get a booster to help prevent another spike in cases similar to what happened during last year’s holiday season.

According to the Johns Hopkins University of Medicine’s Coronavirus Research Center, 53% of Kentuckians are fully vaccinated. Beshear announced Monday that more than 45,000 residents got a booster shot over the weekend.

The percentage of Kentuckians who have received a booster shot is 14%, the governor said.

He also said people should keep holiday gatherings small and avoid them if they’re not feeling well. Beshear also recommended those who are unvaccinated or who have yet to get a booster shot to wear masks when indoors.

Individuals who received their second shot of either the Moderna or Pfizer vaccines at least six months ago are eligible to get a booster shot, as are those who received a one-dose Johnson & Johnson vaccine at least two months ago.