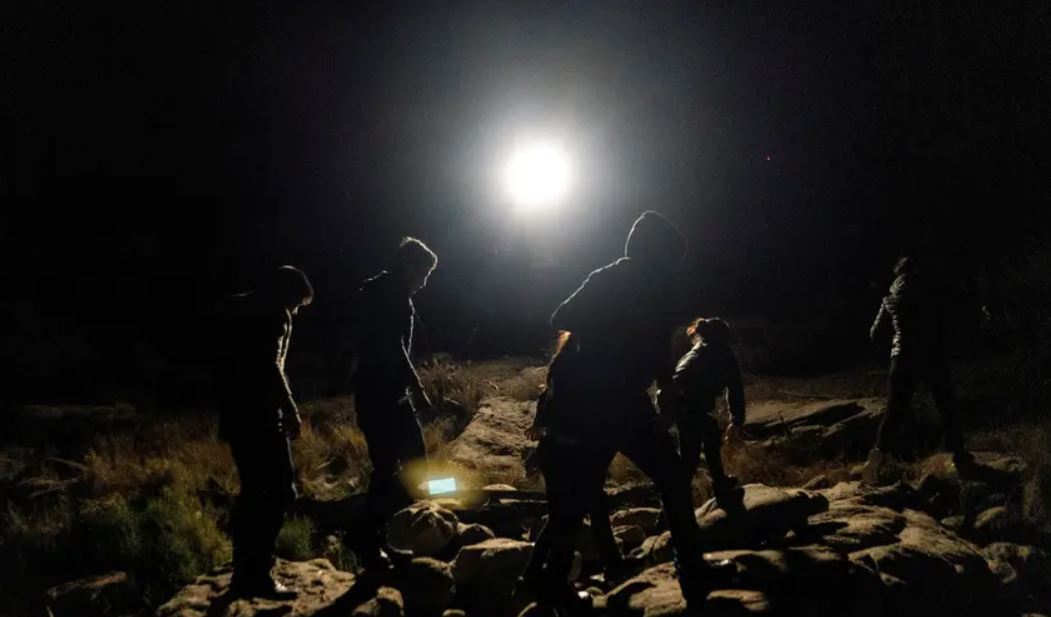 A bipartisan group of three Texas lawmakers — U.S. Sen. John Cornyn, a Republican, and U.S. Reps. Henry Cuellar, D-Laredo, and Tony Gonzales, R-San Antonio — teamed up with an Arizona Democrat, U.S. Sen. Kyrsten Sinema, on Thursday to roll out legislation they hope will ease the strain on federal resources near the U.S-Mexico border.

The two senators unveiled their proposal Thursday afternoon, saying their immediate goal with the legislation is to relieve pressure at the processing centers that are overwhelmed with migrants.

“The most immediate problem is our inability just to process the sheer number of people coming across the border,” Cornyn said.

“If the administration is looking for some solutions, some ideas, we’d like to help by presenting some of our thoughts and ideas and certainly build from there,” he added. “This isn’t comprehensive immigration reform. This is targeted to deal with this periodic surge of humanity that is overwhelming our capacity to deal with it, but there’s a lot more we need to do I believe in the immigration space.”

In its current form, the legislation would establish four new centers to process migrants. Sinema told reporters that the onus on where to locate those facilities would fall on the Biden administration. Other provisions would include expanding and improving legal and translating services in asylum cases, focusing on protections for unaccompanied children to eliminate placement with sex offenders and child abusers, and increasing the number of judges, asylum officers, Immigration and Customs Enforcement staff, and Customs and Border Patrol workers near the border.

The bill would also aim to make the asylum ruling process more efficient while, per a news release, “ensuring fairness in proceedings through provisions to protect access to counsel, language translation services, and legal orientations.” Additionally, the bill would speed up the time it takes to process asylum claims, which now can take two to three years. The logic behind that priority is that it would cut down the time a migrant with weak asylum claims might spend in the United States awaiting a ruling, and the dangerous trip to the American border might not be as appealing.

The nation’s southern border with Mexico has experienced a surge of migrant crossings in recent months. March saw a record number of migrants arriving, with a higher-than-usual share of people who crossed the border being unaccompanied minors. Federal facilities to house the migrants have been overwhelmed, raising concerns that the Biden administration was not prepared for the increase.

Sinema, who is in her first term, said she and Cornyn have established a productive relationship over the last two years while working together on water and border issues. Cornyn said she intends to travel to the Texas border, and he is anxious to learn more about the Arizona border circumstances.

Both carry unique power in their chamber. Sinema has postured herself as a moderate Democrat who can be consequential in otherwise party-line votes. Cornyn, meanwhile, is a former Republican whip and a close ally of U.S. Senate Minority Leader Mitch McConnell.

“I am encouraged that we have bipartisan support for these common-sense solutions from lawmakers in the House and the Senate,” she said.

The two Texans on the House side, Cuellar and Gonzales, will introduce a companion bill.

Cuellar, a senior Democrat on the committee that oversees spending, said he would leverage his position to push for the bill.

“As the Vice Chair of the Homeland Security Subcommittee on Appropriations, I am committed to supporting the brave men and women who protect our borders, the border communities who provide humanitarian relief, and the children and families determined to migrate to our country,” he said in a news release.

Gonzales, a freshman who represents the border stretching from the outskirts of El Paso to north of Cuellar’s Laredo-based district, would serve as the point man on the bill among House Republicans.

“To restore order, Congress must enact commonsense measures that relieve the bottlenecks in our immigration system and allow our DHS agents to focus on their national security responsibilities,” he said in the news release.