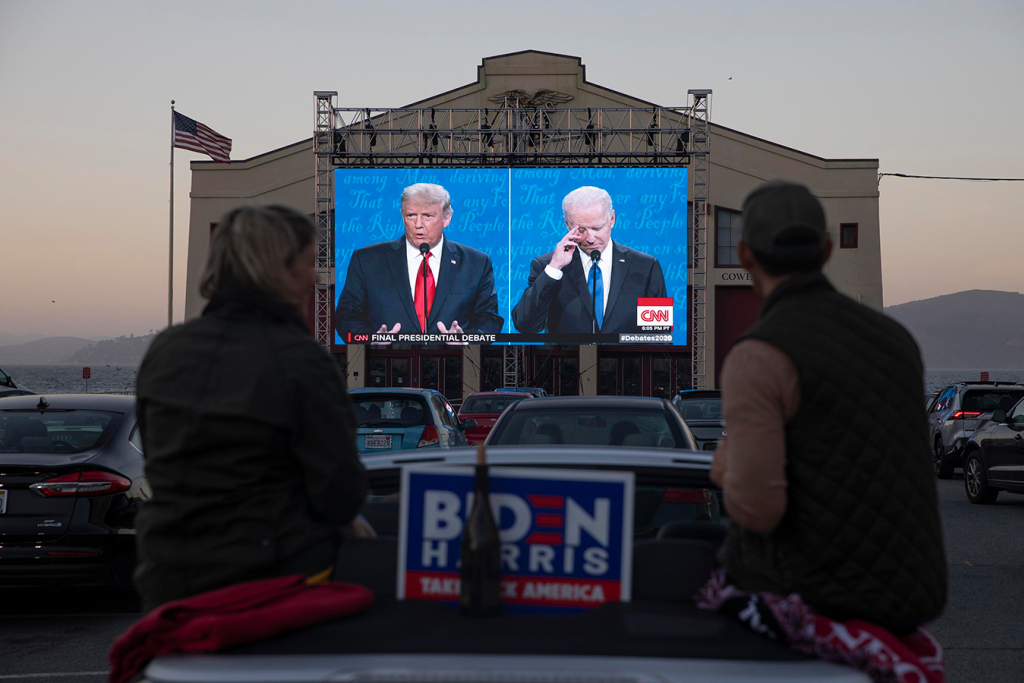 SACRAMENTO — For deep blue California, where first-in-the-nation health care proposals regularly flood the Democratic agenda, there could not be more at stake in the presidential race.

Should Democratic presidential nominee Joe Biden win, California Democrats — who control all statewide elected offices and hold a supermajority in the legislature — are poised to go big on health care, pushing aggressively for a health care system that covers all Californians, regardless of their immigration status or ability to pay.

“This election will determine whether California has a willing federal partner who can move us forward in the ways we want to see health care expanded,” said Assembly member David Chiu (D-San Francisco).

“It is incredibly unlikely that another four years of Trump will allow us to make significant strides toward universal health care, whereas a Biden-Harris administration would allow us to make real progress toward not just health care for all, but so much more.”

Behind the scenes, Democrats in California are positioning for a White House led by Biden and vice presidential nominee Kamala Harris — which they presume would be more supportive of California’s agenda — and some are already planning legislation for next year. Not only are they plotting ways to crack down on hospital consolidation and end surprise emergency room bills, but they are also quietly discussing a trio of liberal initiatives that could again push California to the forefront of health care policy. They include:

Democratic Gov. Gavin Newsom has argued that the future of health care, and California’s ability to combat COVID-19, is at stake this election.

Although Newsom has sought to play nice with Trump — partly because California relies on federal cooperation and federal money to respond to COVID-19 — the first-term governor strongly backs Biden.

“We can quite literally go backward with an administration that actively wants to get rid of health care for tens of millions of people with preexisting conditions,” Newsom said in September. But Biden, he said, will allow California to “accelerate our health care reforms and have a real partner that can advance those reforms to lower costs and improve quality, as well as expand access.”

But these plans could be jettisoned no matter who wins the election, warned Rose Kapolczynski, a California-based Democratic strategist. The state’s pandemic-crippled economy is likely to lead to more budget cuts, making it difficult to adopt new, expensive programs, she said.

“Everyone is going to be fighting for money, and it’s going to be hard to pass big-ticket expensive items like single-payer if California faces massive layoffs of state workers and cuts to health care programs that already exist,” she said.

“States can be laboratories of innovation,” Chen said at an October presidential election forum at the UCLA Fielding School of Public Health.

In what is known as the waiver process, states can ask the federal government for permission to use federal dollars to offer services or pursue new approaches to health care that go beyond what Medicaid and Obamacare traditionally allow.

If reelected, Trump could help both red and blue states by giving them greater “freedom and flexibility” to undertake new programs, Chen said. The Trump administration has begun to embrace such experiments, including in Minnesota, where it approved a bipartisan effort to establish a reinsurance program that compensates insurers for taking on certain high-cost patients.

In Georgia, Republican Gov. Brian Kemp received permission from the administration to impose work requirements for Medicaid enrollees and require some to pay monthly premiums.

This process “is a way of both satisfying a conservative desire to enhance private marketplaces as well as a progressive desire to expand coverage,” Chen said.

Mark Peterson, a professor of public policy, political science and law at UCLA, is skeptical, saying the process has favored Republicans under Trump.

“The Trump administration has been trying to use Medicaid waivers to go in a more conservative direction, doing things such as allowing Medicaid work requirements,” he said.

The Newsom administration is seeking permission from the Trump administration to dramatically transform Medi-Cal to focus more on preventing enrollees from getting sick, and to invest in getting homeless people into housing and treatment. A COVID-spurred budget crisis forced Newsom to pause the $3.5 billion Medi-Cal overhaul earlier this year.

To go as far as California wants on health care, “we do need the support and cooperation of the federal government — there’s no doubt,” Ghaly said in an interview with California Healthline.

But state Sen. Richard Pan (D-Sacramento) dismissed the idea that the Trump administration’s idea of innovation would help California Democrats, who are pursuing health policies Trump has attacked. “We’ve been hamstrung,” said Pan, who chairs the Senate Health Committee. “Trump has been president for four years and we haven’t seen it.”

One major issue doesn’t hinge on the presidential election but could nonetheless cast major doubt on Democrats’ big health care plans: the fate of the Affordable Care Act.

The U.S. Supreme Court will hear a case on Nov. 10 brought by Republican states, and backed by the Trump administration, that could invalidate Obamacare. California is leading the defense, and the state “stands to lose much of the historic gains it made,” said Melanie Fontes Rainer, a health care adviser to Attorney General Xavier Becerra.

Should the law be struck down, nearly 5 million Californians could lose health coverage, health insurance premiums could rise, and the state would likely have to make dramatic cuts to health and social safety net programs. Last year alone, the state received $25 billion to help fund its Affordable Care Act programs, according to Ben Johnson, a health care analyst at the nonpartisan Legislative Analyst’s Office.

California has also gone well beyond the requirements of Obamacare. It has expanded Medi-Cal to more people; imposed its own requirement to have insurance or pay a tax penalty after Congress eliminated the federal tax penalty; and offers state-financed premium subsidies for low- and middle-income Californians.

Yet state leaders have not identified a backup plan if Obamacare is struck down, and as they plot a far more aggressive agenda, they fear they would be forced to backtrack and struggle to protect what California has already done.

“We’ll be crippled and our gains would collapse,” Pan said. “We’d have to retrench entirely.”