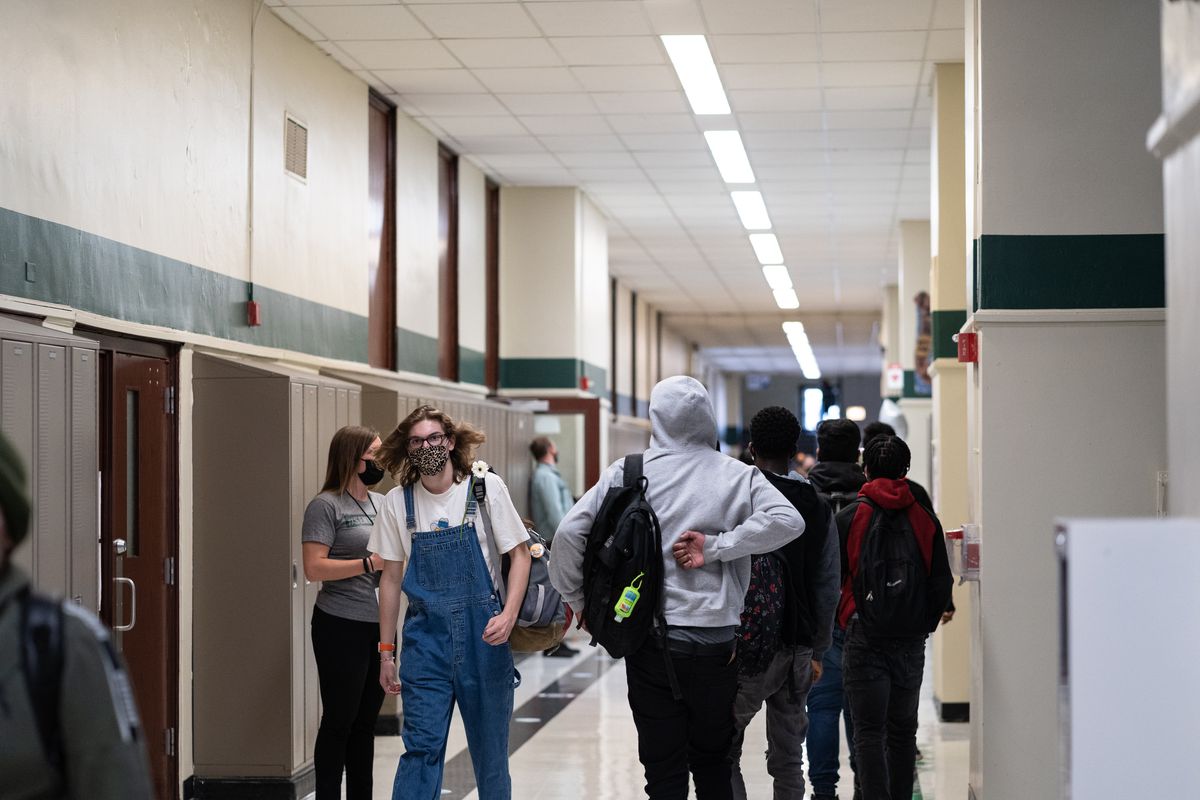 Reporting declines among all racial groups and a spike in students decamping for private schools, Chicago Public Schools shrank by another roughly 10,000 students this fall, or about 3% of its student body.

With a total enrollment of 330,411 students, the district appears poised to hold on to the title of the country’s third largest — but just barely. Miami-Dade reports an enrollment of only about 1,000 fewer students than Chicago this school year.

The district did see an uptick in the number of new students it enrolled this fall, but that was not large enough to offset a growing number of students leaving Chicago Public Schools — more than 53,700 since last fall. Following its steepest enrollment drop in two decades in 2020, the district has experienced a net loss of almost 25,000 students since the start of the pandemic.

Over the past two years, the district saw a 15% increase in transfers to other school districts, a 25% rise in departures for private schools, and an almost 200% jump in students homeschooled by their families — though the number of homeschoolers remains less than 5% of the district’s enrollment.

The pandemic and resulting school closures have put unprecedented pressure on public school rolls across the country, which were already contending with declining birth rates in many areas. In Chicago, where the overall enrollment is down by almost a fifth over the past decade, the outbreak exacerbated a trend of accelerating declines. Racial and ethnic groups shrank at a comparable rate, and its makeup by race remains unchanged since before the COVID-19 outbreak.

The district saw rebounding numbers in prekindergarten, where last year it experienced the sharpest drop. But declines continued in the other early grades, while numbers remained relatively flat at the high school level.

In a virtual meeting with reporters, Pedro Martinez, who took over as district CEO last month, said a top goal is to conduct a detailed analysis of program offerings across all neighborhoods — an undertaking he said might offer clues about why some families are leaving the district for private schools, the suburbs, and beyond. He wants to set a districtwide standard for programming that should be available in each area of the city.

But Martinez stressed he is not in a hurry to shutter any shrinking campuses before a new elected school board bill that includes a moratorium on school closures goes into effect next year. He vowed to approach the prospect of closing or consolidating any buildings slowly and cautiously.

“My first question is, ‘What are we offering children in each individual school?’” he said. “Before I approach a community about closing schools, I want to look at how we can make these schools more attractive.”

He added, “One thing I am not in favor of is disrupting the lives of our children.”

The neighborhoods that saw the most pronounced enrollment losses were Pilsen on the city’s Lower West Side, Little Village on the Southwest Side and Lincoln Park on the North Side.

Other factors in the student losses Martinez mentioned were the city’s declining birthrate and fallout from the pandemic, when the district was caught up in a contentious standoff with its teachers union over reopening school buildings. He said he wonders whether uncertainty this summer about what school would look like in the fall might have driven some families away — and whether it might be possible to lure some of them back.

Sara Kempner, the district’s executive director for enterprise data strategy, argued intensive outreach over the summer had warded off what might have been an even steeper drop.

“We are tremendously proud of our efforts in reengaging students, and we know they are not stopping now,” she said.

During their monthly meeting Wednesday, school board members called for a deeper understanding of the reasons why families are leaving district schools and sometimes the city. Members said they wanted to better understand how factors such as school program offerings, housing affordability, and gun violence contributed to the exits.

Sendhil Revuluri, the board vice president, described the departures data as “a bucket of cold water.”

“It would be important for us to do that deeper dive so we can do a better job of crafting solutions,” said board President Miguel del Valle, who argued parent frustration with remote instruction last year had driven some families to private schools and suburban districts that reopened school buildings sooner.

Officials said they are considering an exit survey for families leaving the district.

In a statement, the Chicago Teachers Union blamed historical disinvestment in West and South Side communities, urging Mayor Lori Lightfoot and district leaders to spend more of the federal pandemic relief funding the city and district received right away.

“Black and Brown residents, in particular, continue to be asked to send their children to underfunded, underinvested and underresourced public schools, in communities that lack quality basic neighborhood services,” the union said.

The district also saw an increase in the number of students flagged as “did not arrive” — essentially students for whom schools are still trying to pinpoint a clear reason for why they have not shown up. At about 3,400 students, that number was up more than 100% over 2019 on the 20th day of the school year, when the district takes an official enrollment count.

It has since dipped to about 2,320 students, and officials said schools are still trying to get in touch with those families and make sure “these kids are not falling through the cracks,” as Martinez put it.

It is not clear what effect the pandemic enrollment losses will have on the district’s state allocation, which is partly based on overall student rolls. Martinez said he will be a fierce advocate for increasing state funding for Chicago Public Schools and addressing disparities between the level of funding it and smaller districts in greater Illinois receive. He said adequately funding schools is key in maintaining more stable enrollment counts.

“That’s something I’m going to be very loud about,” he said.