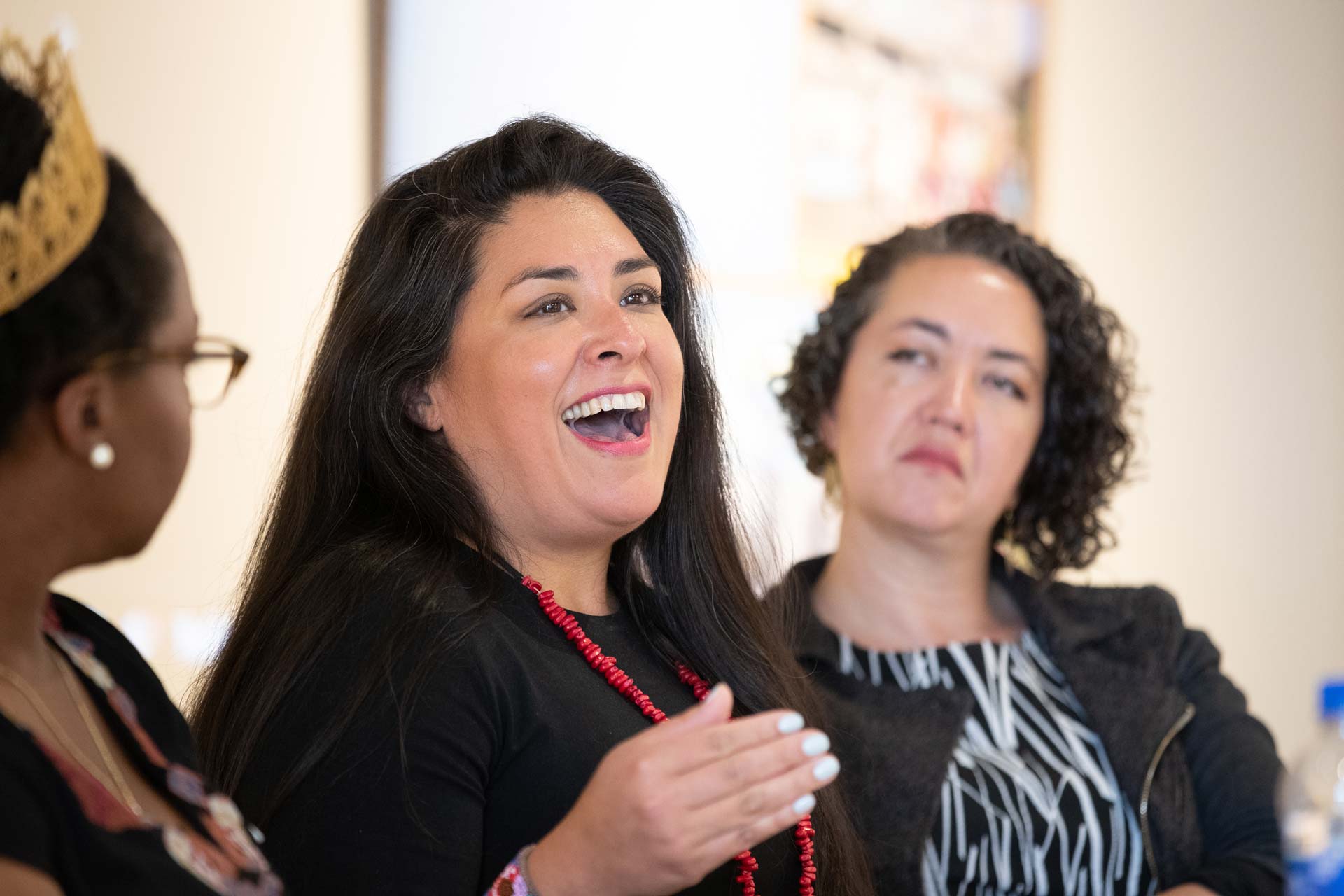 Colleen Echohawk, the executive director of the Chief Seattle Club, announced her candidacy for mayor Monday, making her perhaps the highest profile name to enter the race to replace Mayor Jenny Durkan.

Echohawk, 44, joins what is so far a small list of people interested in what some consider the city’s hardest job. Andrew Grant Houston, an architect and interim policy manager for Councilmember Teresa Mosqueda, announced his urbanist-friendly candidacy shortly after the new year. And Lance Randall, interim executive director of affordable housing developer SouthEast Effective Development, declared his candidacy in the fall.

In an interview, Echohawk cast herself as someone who could bring people together at a tense time, pledging to reach out to representatives in business, labor, activism and more. It’s a message that worked in the campaigns of Seattle’s past two mayors and could serve as a contrast — intentional or not — to candidates who might take a more strictly ideological approach to politics.

“I think that one of the things that I’m good at is being a builder and someone who’s good at talking to people of all walks of life,” she said.

Although Echohawk has never held elected office, she’s well-connected in the city — mostly the result of her work on homelessness within Seattle’s Native community. She has led the Chief Seattle Club, which provides housing, shelter and services for Native people struggling with homelessness, since 2013.

She has received substantial recognition for that work, including King County’s Martin Luther King Jr. Medal of Distinguished Service in 2020 and as one of “Seattle’s most influential people” in 2019 by Seattle magazine. (Echohawk also received a “Courage Award” from Crosscut in 2016; editorial staff was not involved in her selection, and Crosscut no longer gives out such awards.)

Echohawk, an enrolled member of the Kithehaki Band of the Pawnee Nation, also helped found the Coalition to End Urban Indigenous Homelessness, an advocacy organization born shortly after Seattle and King County declared a homelessness state of emergency in 2015.

Echohawk has also been involved in the city’s police reform efforts, serving as a member of the city’s Community Police Commission, as well as the mayor’s 2018 search committee for a new police chief.

Beyond her advocacy for homeless services and police reform, Echohawk has not faced pressure to clearly define her politics in Seattle and has shown an aptitude for floating between factions.

She told The Seattle Times recently that she admired groups like King County Equity Now and Decriminalize Seattle, which are pushing for dramatic cuts to the Seattle Police Department’s budget. At the same time, she’s a board member of the Downtown Seattle Association, a business advocacy organization that has opposed cuts to the Police Department, as well as to new taxes on businesses enacted earlier this year through the so-called JumpStart tax.

In an interview, Echohawk said her campaign was motivated by the pandemic and the feeling of wanting to do more to help people. More broadly, she said she’s disheartened by how difficult it’s become to live in Seattle. The status quo is failing, she said, and there needs to be change.

“I want to be a part of that change,” she said. “This isn’t a time for small change. This is an era of transformation.”

In a sign of her desire for consensus, Echohawk said she felt the Seattle City Council had “responded to the needs of the community” over the past year. At the same time, on taxes and public safety, Echohawk said she wanted to involve all parties, including business, in those conversations going forward.

On homelessness, she said the city needed to build more housing and take a person-centered approach.

“We have to get better at knowing each other, hearing each other and listening,” she said. “We need to heal. There’s a lot of feelings that are hurt and feathers that are ruffled and misunderstandings.” Echohawk said she hoped to foster more empathy and bridge divides — a difficult task that in some ways mirrors the tall order facing President Joe Biden.

Echohawk’s announcement has been expected for some time. Now attention turns toward Council President Lorena González, who has been weighing a decision for months. Political observers have assumed for several weeks that she will run and have expected an announcement in the coming days. However, her candidacy is not believed to be 100% certain, in part because of how much anger and, sometimes, vitriol have been directed toward city mayors this past year. Although Durkan said publicly she opted against running to focus on governing this year, the invectives hurled toward her and, more significantly, her family also played a major role.

From the left, Nikkita Oliver, the attorney, activist and 2017 mayoral candidate, is also believed to be considering a run.

Governing Seattle in the years to come could prove a monumentally difficult task. The city is now more than five years into its homelessness state of emergency and all available data suggests the solutions have not kept up with the problem. Since the start of the pandemic, shelter space has declined, and encampments have become larger and more visible. With the economic wreckage of the pandemic, homelessness could worsen without sustained intervention from local, state and national governments.

Unlike every other year since the 2008 housing bust, Seattle’s budget is suddenly in a precarious place because of pandemic-induced closures. It’s propped up by the new business tax, although that is now being challenged in court. Federal support under a new Biden administration could help, although the president’s proposed $1.9 trillion relief package still faces hurdles in Congress.

Finally, pressure to overhaul public safety in Seattle is not likely to subside; whoever becomes mayor will have to balance the voices calling for radical change with those concerned about what shrinking a Police Department means for public safety.