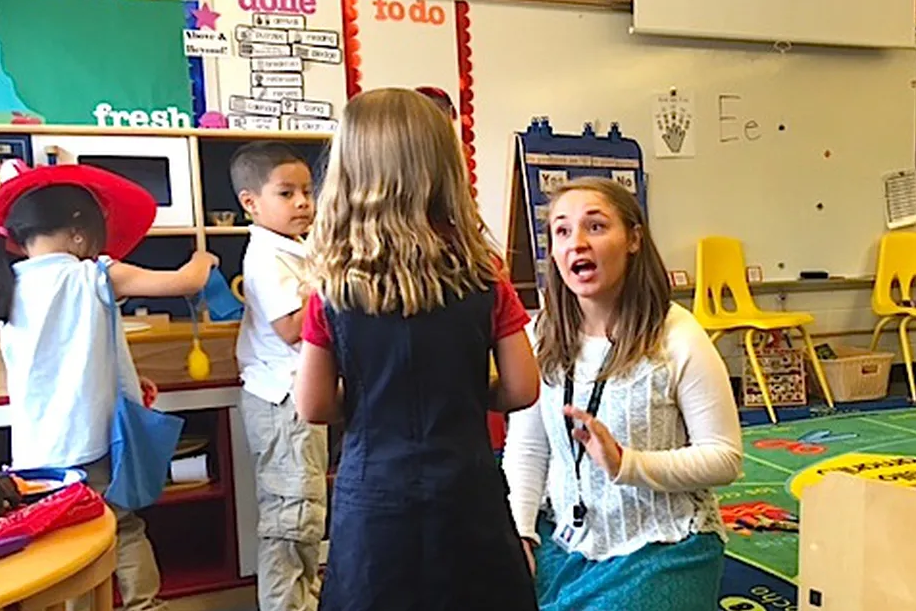 The University of Colorado Denver is launching a statewide effort to make it easier for new and existing early childhood teachers to earn college degrees.

The university won a $2.3 million grant from a funders group called the Early Educator Investment Collaborative to bring together a coalition of university, community college, and state leaders over the next two and a half years. The kick-off meeting is Thursday.

The effort unfolds at a pivotal time in Colorado, with planning for a new early childhood agency and a state-funded universal preschool program underway. It also comes amid a pandemic that spotlighted the importance of early childhood teachers, but also the low pay and long hours that can put college classes out of reach for many of them.

In Colorado, there are a variety of ways to become an early childhood teacher, ranging from earning a two-year or four-year degree to taking various non-college training courses. But Kauerz said non-college trainings often must be repeated every few years and don’t earn teachers college credit.

“It’s just this hamster wheel of taking professional learning but it never actually builds to a degree,” she said.

“You’re in a classroom [teaching] for 10 hours a day and then you’re supposed to go to class on a campus?” With this grant, she said, “Higher ed is saying we’re willing to change how we make degrees available to teachers.”

The grant will pay for a new position at the Colorado Department of Higher Education: the director of early childhood education workforce policy. Sondra Ranum, who previously worked at Teach for America Colorado and the Colorado Department of Education, will start in that role July 6. Kauerz said the grant will also pay for “success coaches” who will advise students seeking early childhood degrees at participating colleges and universities.

CU Denver was among six recipients nationwide to receive a grant from the Early Educator Investment Collaborative to improve early childhood teacher preparation systems. The collaborative consists of eight foundations, including the Bezos Family Foundation and the Bill and Melinda Gates Foundation.