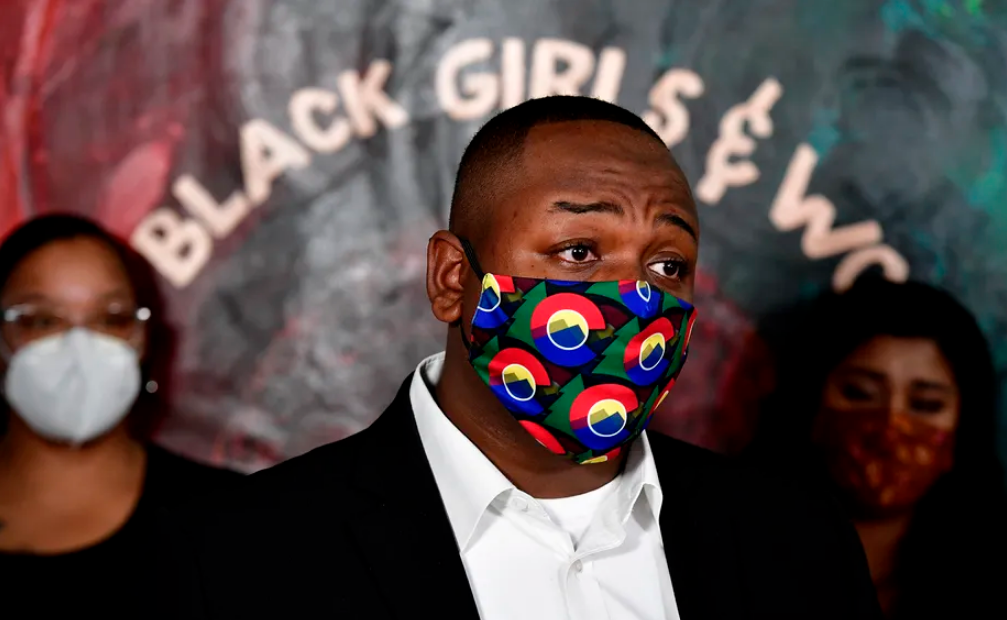 The Denver school board has hired an outside firm to do a “thorough and independent fact-finding investigation” into allegations against school board member Tay Anderson, who has been accused of sexual assault and other inappropriate behavior.

The organization Black Lives Matter 5280 issued a statement in late March saying a woman told the group that Anderson sexually assaulted her. The statement said the woman wishes to remain anonymous. Black Lives Matter 5280 said the accusations have not gone through a “formal legal process,” but the group is committed to “protecting, uplifting, and believing Black women, decidedly as it relates to sexual violence.”

Anderson, 22, has denied the allegation, repeatedly saying that “I have not sexually assaulted anyone.” He has said he welcomes a “full investigation” into the matter.

On Tuesday, the seven-member Denver school board said it “looks forward to an independent view of the facts.” The board invited anyone who wants to contribute to the fact-finding process to email the firm it hired, Denver-based Investigations Law Group.

“Our first commitment is to serving the students, employees, and community of Denver Public Schools,” the board said. “We want to create space for all members of our community to be heard, while we also ensure a fair process for everyone involved.”

The seven-member board said it would not make any other statements until the investigation is complete.

In a statement posted to Twitter, Anderson again said that he welcomes an investigation and that he will “cooperate to the fullest extent with this independent team.”

“There are still no criminal investigations, charges, or specific allegations which I can even respond to,” he wrote. “I am grateful to the Denver Public Schools for launching an independent, third-party investigation and look forward to a transparent process.”

Anderson was elected to the Denver school board in November 2019 and is serving a four-year term. A previous statement by the board noted that board members cannot remove a fellow member, given that the board is elected by voters. But the board can censure or reprimand a fellow member or remove that member from board committees.

Separate from the sexual assault allegations, former board members of an anti-gun violence group called Never Again Colorado have said Anderson engaged in inappropriate behavior when he was president of the organization in 2018.