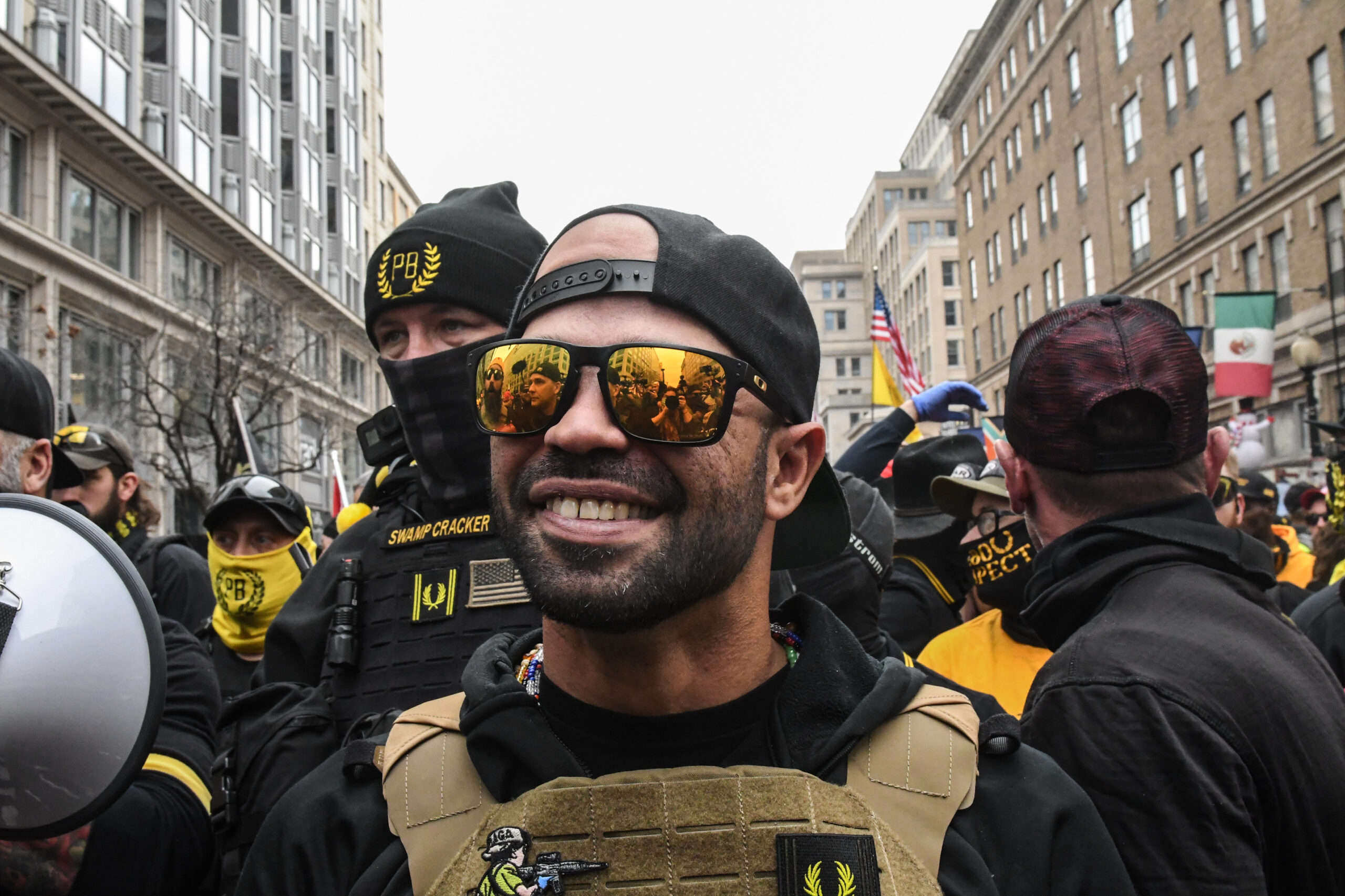 The Proud Boys are a far-right white nationalist organization based in Canada that was recently designated a terrorist entity by the Canadian government. This designation, however, will not stop violent extremists from attacking Canadian values.

This is a moment in time where extremism now pervades social media. This change has been so gradual that we have not noticed our tacit involvement each time we post or pass on softly violent memes and slogans wrapped in humour.

The criminal justice system will be unable to weather this storm unless it adjusts its approach to understanding the true nature of social movements and determining whether terrorist designations are the most appropriate means of dealing with social movements that express soft violence.

While groups like the Proud Boys are undoubtedly violent in intention, they are softly violent in their expression. This soft violence demonstrates the creeping normalization of extremist sentiment in our communities.

To receive a terrorist designation, an oganization must meet three criteria: it must intend or have committed physical harm; it must intend to impact decision-making by policy-makers and or intimidate citizens; and it must be driven by ideological beliefs. The danger of physical harm to citizens must be clearly demonstrated with “reasonable grounds” that it has carried out, attempted to carry out, participated in or facilitated terrorist activity.

Groups that plan, conduct and execute physical harm driven by ideological beliefs are just the tip of the iceberg. Neo-Nazi groups like the Atomwaffen Division and The Base — also designated terrorist organizations by the Canadian government — fit this designation: they sell guns and train militias for race wars, and utter and disseminate hate speech.

These organized right-wing extremist groups are the violent visible minority, and a small part of the much larger movement of sympathizers and supporters.

Extremists thrive in environments where they can easily cultivate an identity that is fixated on maintaining the dominance, authority, legitimacy and superiority of the white race. Misogyny and ultra-nationalism are extensions of these constructs of what white well-being and white welfare should look like.

Groups like the Proud Boys recruit and spread their messages through non-offensive affiliations where grievances align. These destructive, inward-looking, nationalistic, race-dominant, regressive beliefs can lead to oppression, community strife and dehumanization.

This is especially true in an uncertain pandemic, where lockdowns lead to an increase in time spent online and conspiracy theories and anger at restrictions prevail.

From soft to extreme

My research studies a dataset of more than 94 million extremist transactions to examine how online activity may be a confident predictor of the escalation to violence, based on the degree of usage of softly violent mass identity manipulators, like memes and visual cues.

In particular, I look at how these mass identity manipulators strengthen the bonds of violent transnational social movements. My research lab is currently tracking 16 Canadian Facebook groups with over a quarter million followers who engage with extremist rhetoric.

When other platforms are considered, Canadian support for these groups might number in the millions. These followers make up a range of segments within extremism — violent transnational social movements are often elements within broader social movements.

Many of the groups we are examining are actually derivatives, splinters or rebrands of known extremist groups. Elements of the Proud Boys have already refashioned into a new incarnation called Canada First, effectively sidestepping their terrorist designation.

The Three Percenters, a far-right militia movement, have created a group called Canadian Sheepdog’s, which has more than 400 followers. The Aryan Guard became Blood and Honour, but three of its members who were charged in racially motivated assaults in Vancouver allegedly joined the Asatruu Folk Assembly. The Québec Soldiers of Odin splintered into the Northern Guard. The Wolves of Odin, Canadian Infidels and The Clann all emerged from the Edmonton Soldiers of Odin.

Alleged neo-Nazis like Gabriel Sohier Chaput have shown that Canadians are highly influential on message boards and forums. The activity of right-wing extremist groups in Canada is a real and present danger.

It is a positive sign that the Canadian government has asserted that violent extremists will be held accountable for their activities, but the punitive measures are incidental at best. The Proud Boys as an organization will not be able to hold property or be named as a charitable foundation.

The members of the group, however, are free to join other groups because they have not been named individually, and expressing nuanced hate is not a crime or a terrorist offence. These groups, like other extremist violent transnational social movements, raise money through crowdfunding — being designated a terrorist organization will limit their ability to do so.

This is possibly the single positive tangible benefit of this action.

A consideration for the justice system may be to focus on more appropriate penalties and legislation for criminalizing individuals who incite violence both on and offline. Stopping the normalization of extremism is the direction we need to move. But without addressing the environment, there will always be an endless supply of groups waiting to take the Proud Boys’ place.