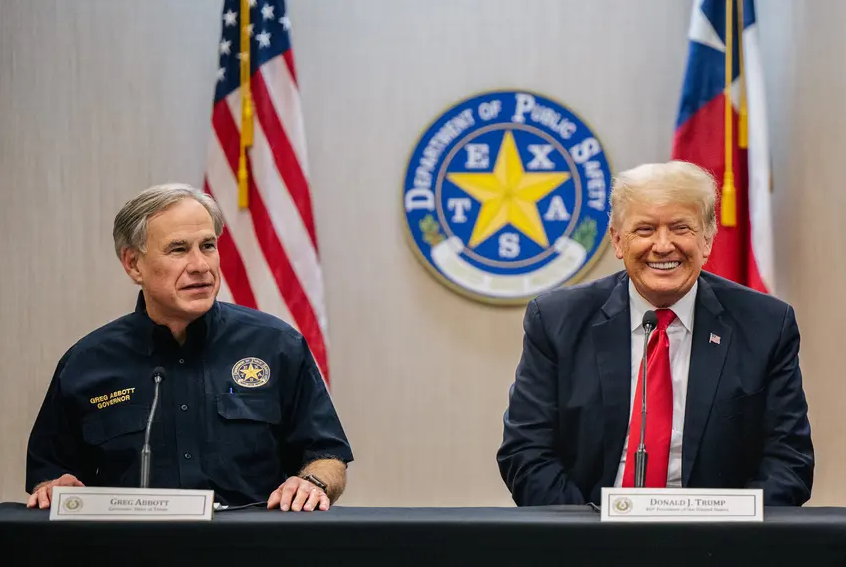 Former President Donald Trump has asked Gov. Greg Abbott to add an election audit bill to this year’s third special session, continuing his push to cast doubts on the election results of the 2020 presidential election despite winning in Texas.

In a letter published Thursday, Trump said, “Texans have big questions about the November 2020 Elections,” and time is running out to conduct an audit of the “2020 Presidential Election Scam” because paper ballots are kept for only 22 months after an election.

“Governor Abbott, we need a ‘Forensic Audit of the 2020 Election’ added to the call,” Trump wrote. “We’re quickly running out of time and it must be done this week.”

There has been no evidence of widespread voter fraud, and the Texas secretary of state’s office previously declared the election “smooth and secure.”

During a special session, the governor sets the topics the Legislature is to pass laws on. Abbott did not immediately respond to a request for comment. Don Huffines, one of his challengers in the GOP primary for governor next year, has called for election audits to be added to the call.

Trump’s request comes nearly 11 months after he lost his presidential reelection bid to Democrat Joe Biden. Trump has pushed baseless claims of massive voter fraud for much of the year — as he did after winning in 2016 — and mounted numerous legal challenges to the certification of the 2020 election’s results.

On Thursday, Trump said that Texans “know voting fraud occurred in some of their counties.”

This summer, Texas Republicans passed a voting law that they said would make it “easier to vote and harder to cheat,” even while opponents said it would make it harder for communities of color to vote. Texas officials said they had confidence in the 2020 elections but wanted to address concerns from some voters about election security.

Trump continued to stoke those flames by writing to Abbott that Texans “don’t trust your election system, and they want your leadership on this issue, which is the number one thing they care about.”

Trump threw support behind House Bill 16 filed by state Rep. Steve Toth, a staunch social conservative Republican from The Woodlands, which would allow for forensic audits of future elections as well as the 2020 presidential election.

This article was originally posted on Despite his victory in Texas and no credible evidence of widespread fraud, Donald Trump calls for election audit legislation