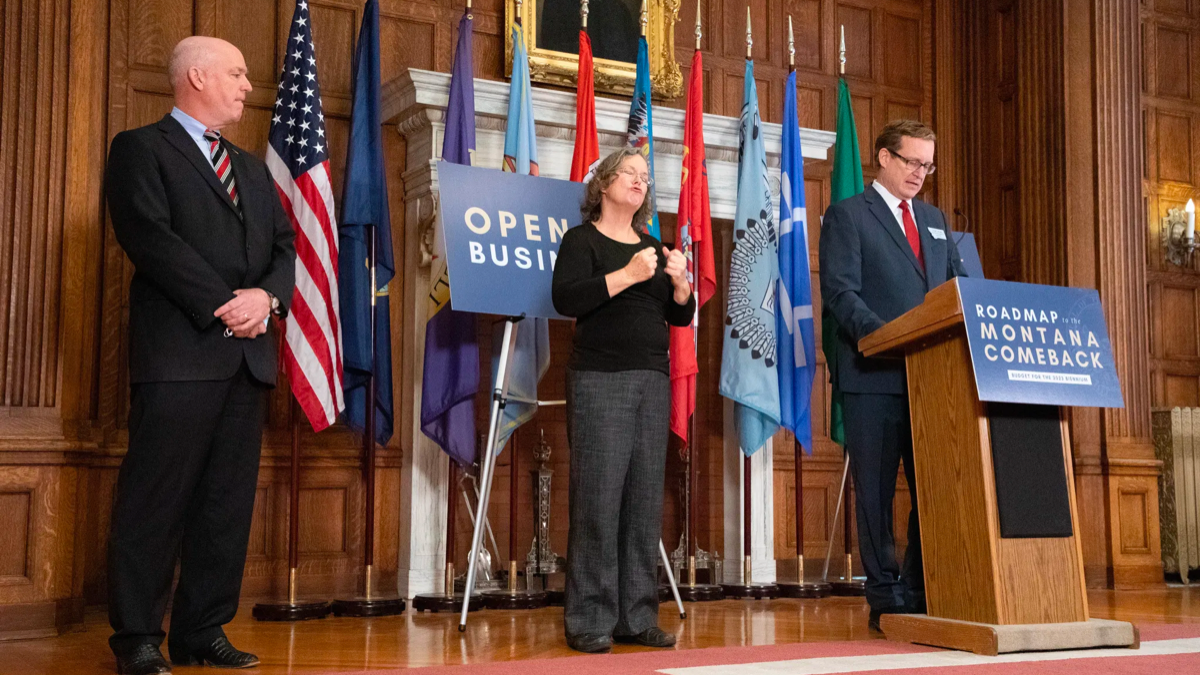 State Budget Director Kurt Alme, Gov. Greg Gianforte’s top fiscal adviser, will leave his position Oct. 1, less than a year after being named to one of the highest-profile roles in state government.

In a statement released by Gianforte’s office Tuesday, Alme cited family considerations, specifically the strain of commuting to the state capital from his home in Billings. He will be replaced by Sen. Ryan Osmundson, R-Buffalo, a longtime lawmaker who has for years played a central role in crafting the state budget.

“I enjoyed working with the governor, the great team he assembled, and our dedicated state workers, but commuting from Billings to Helena each week is unworkable for the long term,” Alme said in th statement. “I’ll look forward to regularly having dinner with my wife and family, and sleeping in my own bed again.”

Alme also touted the administration’s accomplishments during his tenure, including a $60 million tax break package passed by this year’s Legislature and signed into law by Gianforte, as well as efforts to direct coronavirus relief funds toward long-term infrastructure investments.

“A brilliant and dedicated public servant, Kurt has been instrumental to our early success in leading the Montana comeback,” the governor said in a statement. “While I’ll sorely miss Kurt’s leadership and counsel, family has to come first, and I understand and respect his decision.”

Alme previously served as Montana’s U.S. Attorney, the top federal prosecutor based in the state. He also led the Montana Department of Revenue between 2001 and 2003 under the administration of Gov. Judy Martz.

Gianforte announced Alme as his budget director pick in late November. His resignation as U.S. Attorney was effective Dec. 2 of last year.

Gianforte Director of Strategic Communications Travis Hall pushed back on Twitter Tuesday after a reporter noted Alme’s departure comes after less than a year in the role.

“Kurt’s a workhorse — in the office 5-7 days/wk since Jan 4. His family lives 4 hrs away in Billings,” Hall wrote. “Extended time away from family is, as he said, ‘unworkable.’ He’s one of the best minds and kindest people in public service. Can’t put an arbitrary clock on his service.”

Osmundson, who represents the state senate district that spans Lewistown, White Sulphur Springs and Winnett, has served in the Montana Legislature since 2011. He chaired the Senate Finance and Claims Committee, the senate’s primary budget committee, during the 2019 and 2021 sessions.

The governor’s office said Osmundson has a family farm and ranch near Buffalo, an unincorporated town southwest of Lewistown.

“With a decade of experience shaping state budgets in the Montana Legislature, Ryan has earned a reputation as a strong fiscal conservative,” Gianforte said in a statement. “Ryan will bring his years of experience and leadership to build upon Kurt’s work, developing a fiscally conservative budget while preserving essential services and ensuring Montanans keep more of what they earn.”

In a statement provided by the governor’s office, Osmundson called it “an honor and privilege to join Governor Gianforte’s team.”

“I look forward to working with the talented team at the budget office to ensure we’re good stewards of taxpayer money and continue the governor’s efforts to bring greater fiscal discipline to state government,” Osmundson also said.