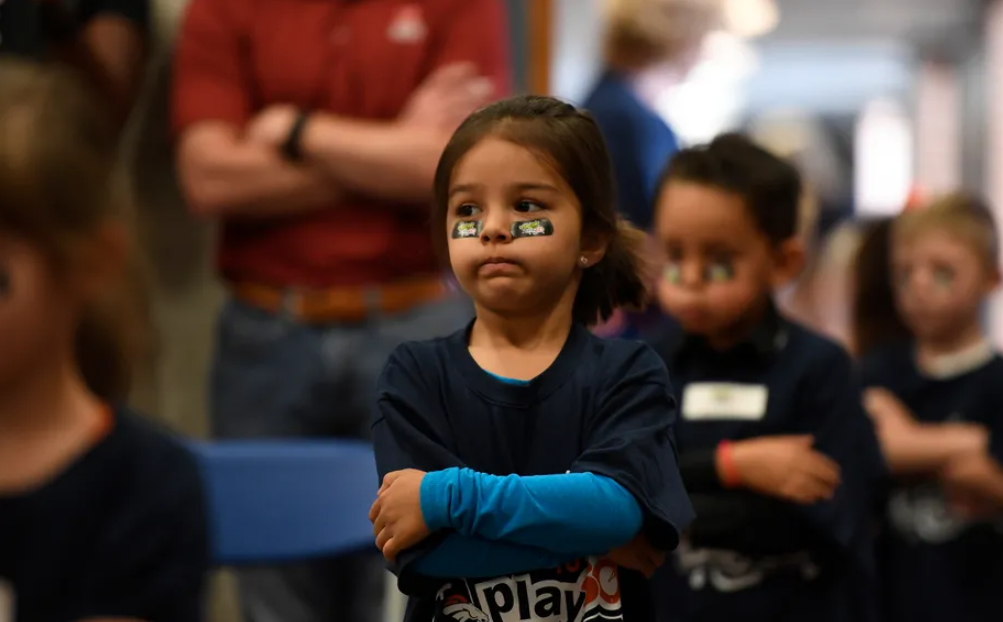 The Jeffco school district is planning to close Allendale, a small elementary school in Arvada, at the end of this school year.

It’s a decision, district leaders acknowledged, that comes at a bad time and with short notice.

But leaders said they rushed to consider closing the school only in the last few months when it became clear that existing challenges sustaining the small school were compounding.

In February, the district realized that Allendale may have fewer than than 100 students next year after some families said in a survey that they intend to continue remote learning in the fall. Then, the school’s principal announced he would be leaving for a new job.

Parents of the school pleaded with the school board at a meeting Wednesday to reconsider, noting that they were only informed at the end of March, giving them little notice.

“As a Native American family, I feel like we found a home here at Allendale,” said parent Elizabeth Molica. “I would just hate to see that taken away from our family.”

Other parents talked about the value of having every employee of the school know their children by name, and the fear that enrollment decline is a regional problem that could require other school closures next.

Only one school staff member spoke Wednesday, asking for Allendale to remain open at least one more year. She criticized the district for scheduling the discussion during a work day, making it impossible for other school staff to attend.

Four of the five board members supported the district’s decision, though it was not put to a board vote. Although Jeffco school board members have voted on past school closures, a district spokesperson said it was not required. Susan Miller was the one board member who raised objections.

Allendale serves about 117 students this year, of which approximately 60% come from low-income families, compared with a district average of 30%. About 10% of the students are English language learners.

Some speakers accused the district of taking such a rushed approach with the decision only because of the demographics of the parents and students served — suggesting that such a decision would not be tolerated at some of the other schools in the district.

“Frankly, it would not have happened in a school populated from affluent families,” said Lisa Elliott, one of the staff members for the Jeffco teachers union, who spoke on behalf of school staff that couldn’t attend.

“It does not speak well of valuing people and having integrity. I know sometimes schools have to be closed. I know it is a tough decision. It is never welcome, but that doesn’t excuse the disrespectful way this was handled, the poor timing, and the inability of people to have their voices heard.”

District leaders told the board they considered equity when making their decision. Because schools are funded based on how many students they have, small schools like Allendale can’t offer as much programming or help for struggling students as larger schools. And since programming would be further cut at Allendale next year, it would create an inequitable situation.

“Too often schools in poverty … are left to atrophy,” said Community Superintendent Lee Cooper. “The population declines. The support declines, and year after year we tell families that this is OK and that your child can receive equitable access and equitable support in this building when they can’t. Not when we have 100 kids. I couldn’t look a parent straight in the eye and say your child will get the same support and resources in this building as they could at any one of my other schools.”

District staff did not make clear when the decision to close the school would be finalized, but interim superintendent Kristopher Schuh, in one of his last actions leading the district before new superintendent Tracy Dorland takes over next week, said “this is where we plan on moving forward at this point in time.”

District leaders told the board that Allendale has had a 45% drop in enrollment over the past five years. Of the number of students who live within the school’s attendance boundaries, more than 60% choose to attend a different district school.

Cooper said that among the set of schools he monitors, no other “has more kids choosing out than we have attending the school.”

The small number of students enrolled also presents a challenge because they are not evenly divided among grade levels.

For first and second grade, the school has one teacher who physically switches between two sides of a classroom, balancing two sets of standards, curriculum, and data, district staff said.

There is one third grade teacher and one for a combined fourth and fifth grade classroom. That means teachers have fewer opportunities to collaborate because they don’t have peers who teach the same grade level. The staffing challenges also have meant that the principal fills in to teach math courses every day.

Brenda Von Kaenel, the school’s digital librarian, said that staff learned about the plans three weeks ago, just before the district went on spring break.

When the meeting for staff was called, just shortly after the principal announced that he was leaving, staff expected to hear about a plan to select a replacement leader, she said. Instead, staff were “shocked and devastated” to hear talks about closure.

“Staff didn’t see this coming,” Von Kaenel said. “I had just been working with designers and carpenters to remodel the library. New furniture was arriving the next day for all our classrooms.”

She added, “You steamrolled over us.”

One district policy outlines a six-month process for “any potential school closure,”  requiring specific input from groups, and a report analyzing 10 different factors, including projected enrollment.

Asked about that policy by board member Miller and community members, Cooper said the district didn’t violate it because it only pertains to facility planning, not to educational programming within a school building.

“There’s still time to have that conversation,” Cooper said, referring to when the district later decides what should be done with the empty school building.

Not counting fifth graders who would be moving on to middle schools next year, the district will help place 78 students into other schools. Transportation to other schools will be offered to alleviate some parents’ concern about having children cross busy 64th Avenue to get to other nearby elementary schools.

Board President Susan Harmon said that even though staff members weren’t able to speak to the board Wednesday, she believed their voices were heard in other ways.

Speaking to the impacted staff and families, she closed the discussion by saying, “our hearts go out to you.”