Please ensure Javascript is enabled for purposes of website accessibility He died in jail hours after a minor pot arrest. Now 7 corrections officers have been fired. - Mid Year Media Review
Skip to content 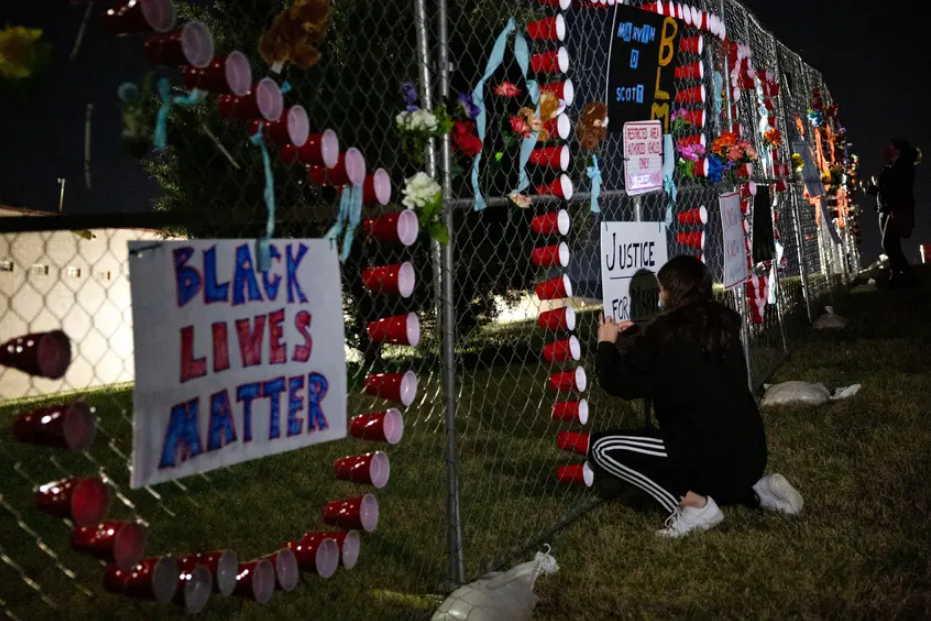 Marvin Scott III was inside a sprawling outlet mall in Allen last month when police searched him and allegedly found less than 2 ounces of marijuana. They arrested him and eventually took him to the local jail.

Hours later, the 26-year-old was dead.

Now, seven Collin County detention officers have been fired for their role in allegedly restraining Scott, blasting him with pepper spray and placing a hood over his head as he suffered through what his family has described as a mental health emergency. An investigation found the officers had violated policies and procedures, Collin County Sheriff Jim Skinner said Thursday.

A lawyer representing Scott’s family called for the officers to face criminal charges in the case, which the Texas Rangers are investigating.

“#MarvinScottIII’s family is relieved these men have been terminated — however they are anxious to see these men arrested and held criminally accountable,” attorney Lee Merritt tweeted Thursday.

The case has sparked outrage in North Texas as Scott’s family and local activists question why he was arrested for such a small amount of marijuana — a drug soon to be fully legal in 16 states and widely decriminalized elsewhere — and why he was subject to force in jail rather than immediately taken for medical treatment.

Many police departments nationwide have stopped making arrests for small amounts of marijuana, a policy already held by several forces around Dallas and adopted by another area agency this week in the wake of Scott’s death.

Police have also faced scrutiny in their response to mental health crises, particularly after the death last year of Daniel T. Prude, a Black man who died after Rochester, New York, police restrained him and used a spit hood to cover his head.

Scott was a beloved brother and son, his family members said after his death.

“He was a gentle giant. He would do anything for anybody,” his sister, LaChay Batts, said at a news conference after his death. “Y’all really took away a good person — a really good person. He was amazing.”

Like Prude, Scott also had mental illness that frequently put him in contact with local police. Scott had been diagnosed with schizophrenia, his family said, and in the past, police had taken him to get medical care when he had a crisis.

“He had been arrested several times before where he was taken to a clinic, given his meds and then released,” Merritt said in a news conference streamed by KXAS-TV.

On March 14, Scott once again ended up in police custody, this time after he was observed acting strangely in the Allen Premium Outlets, a mall in suburban Dallas, and then allegedly found with a small amount of marijuana. Police initially took him to a hospital, Merritt said, but unlike in previous cases, they then took him to the Collin County Jail instead of a local mental health center.

He was booked into the jail around 6:40 p.m., Skinner said at a news conference. According to Merritt, he was put into a cell with eight other people, but later moved into an isolation cell. When the jail staff feared that he might hurt himself, they sent in seven officers to restrain him, Merritt said.

Video of the encounter shows one officer applying an “illegal choke hold” as the others fought to tie down his arms, Merritt alleged.

Skinner confirmed that video was taken of the struggle and said the officers used pepper spray once and restrained Scott in a bed. He declined to discuss any other details about the video recording, pending the ongoing investigation.

At 10:22 p.m., the sheriff said, Scott became unresponsive on the restraining bed. He was rushed to a hospital, where he was pronounced dead.

“As you might imagine, I was brokenhearted to learn that someone had died in our custody,” Skinner said days later, calling his death a “tragedy.”

Seven detention officers — a captain, a lieutenant, two sergeants and three officers, none of whom have been named — were suspended while the sheriff conducted an internal investigation. On Thursday, Skinner announced that they had been fired and said an eighth officer had resigned as a result of the probe.

“Evidence I have seen confirms that these detention officers violated well-established Sheriff’s Office policies and procedures,” Skinner said in a statement shared with The Washington Post. “Everyone in Collin County deserves safe and fair treatment, including those in custody at our jail. I will not tolerate less.”

Merritt praised the move but also pushed for a full accounting of what happened — and criminal charges against those responsible.

“We are pleased with this decision and consider this progress, the first step of many more to come,” he said in a statement to WFAA-TV. “Next, these former officers need to be arrested and brought to justice.”

This article was originally posted on He died in jail hours after a minor pot arrest. Now 7 corrections officers have been fired.