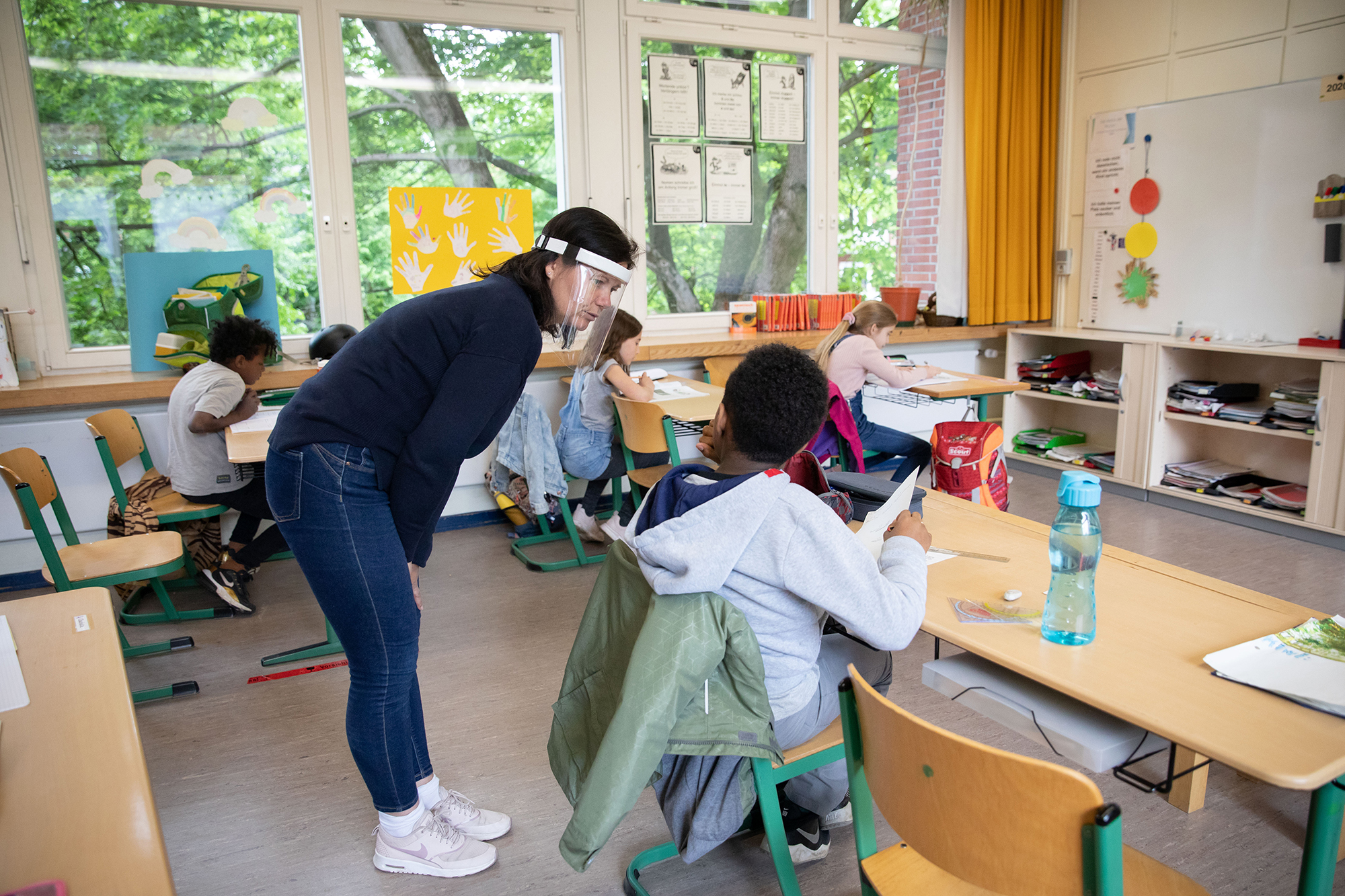 New York City’s middle school classrooms will reopen Thursday for students who had been learning exclusively from home the past three months even though they opted for some in-person learning this year.

Mayor Bill de Blasio had closed all schools in late November amid a rise in coronavirus cases. Two weeks later, he reopened elementary schools and programs serving children with the most complex disabilities, while ramping up in-school coronavirus testing from monthly to weekly. But he delayed bringing back middle school students until expanding testing capacity for those schools and vaccine access for teachers, he said. High school campuses remain closed until the city can further expand COVID-19 testing.

Roughly 62,000 of about 200,000 middle school students are expected to return to buildings, education department officials said.

A majority of middle schoolers and other students, however, will still be learning remotely full-time. Roughly 70% of the city’s 960,000 students opted to learn from home this year.

Here are four key things to know about the return to middle school campuses:

How many middle school teachers have been vaccinated?

The figures were based on appointments at city-sponsored vaccination sites only, so the total figure could be higher, said education department spokesperson Miranda Barbot. Additionally, the city teachers union estimated that 8,000 of their members have been vaccinated through their own vaccination program.

A total 150,000 people work for the education department, including central department staff.

What will COVID-19 testing look like, and how will the city handle positive cases?

New York City public schools must swab 20% of their in-person students and staff for the coronavirus. Testing is mandatory, and parents or guardians must fill out consent forms. If students refuse to be tested, they will be reverted to full-time remote learning.

When a positive case is reported at a school, the city’s so-called Situation Room begins a process to verify the test result, start tracing the student or staffer’s “close” contacts, and determine whether a classroom or the entire building should close. Ahead of middle school reopening, city officials have said that an additional 35 contact tracers will be in place. Officials also said they were prepared to fill 580 full- and part-time positions for the Situation Room. The education department did not immediately say where this hiring effort stands.

Educators, families, and lawmakers have said the Situation Room has issued confusing guidance for principals and has sometimes failed to let close contacts know of exposure, as in-school testing at already-open schools has become more frequent, while positive cases across the city were on a rise.

Can I expect my child’s middle school to remain open?

With the return of middle school, more students and staffers will be getting tested on a weekly basis. That could ultimately mean more detection of positive cases. The mayor had also previously shared concerns about the coronavirus variant from Britain, which is more highly transmissible, alarming many public health officials.

A school can be closed for 10 days if there are two positive cases in the building without any clear links, such as being in the same classroom. City officials are now reconsidering that rule.

“It’s something we’re working on right now to figure out the best way to handle that. I’m not going to say something until it’s done,” de Blasio told reporters Wednesday. “Clearly, we’re reevaluating that, we want to find a way to handle things that focuses on health and safety first, but keeps kids in school more, and we’ll have more to say on that soon.”

One public health expert told Chalkbeat that the city shouldn’t base closures on numbers, but rather on individual investigations of a classroom or school with the positive cases. Schools should only close if people are not following safety measures or there is not adequate ventilation, Dr. Elissa Perkins, director of infectious disease management at Boston Medical Center’s emergency department, previously told Chalkbeat.

Studies have found that in-school transmission can happen but is rare, and is less likely when schools follow safety protocols, including mask-wearing, social distancing, and increased ventilation.

Who is getting instruction five times a week?

About half of the city’s 471 middle schools will offer in-person instruction five days a week to the students who opted for hybrid learning, Chancellor Richard Carranza said earlier this month.

The rest of the schools will serve a portion of students full time. At those schools, full-time seats will be prioritized for high-needs students, including children with disabilities, who are learning English as a new language, and without stable housing.