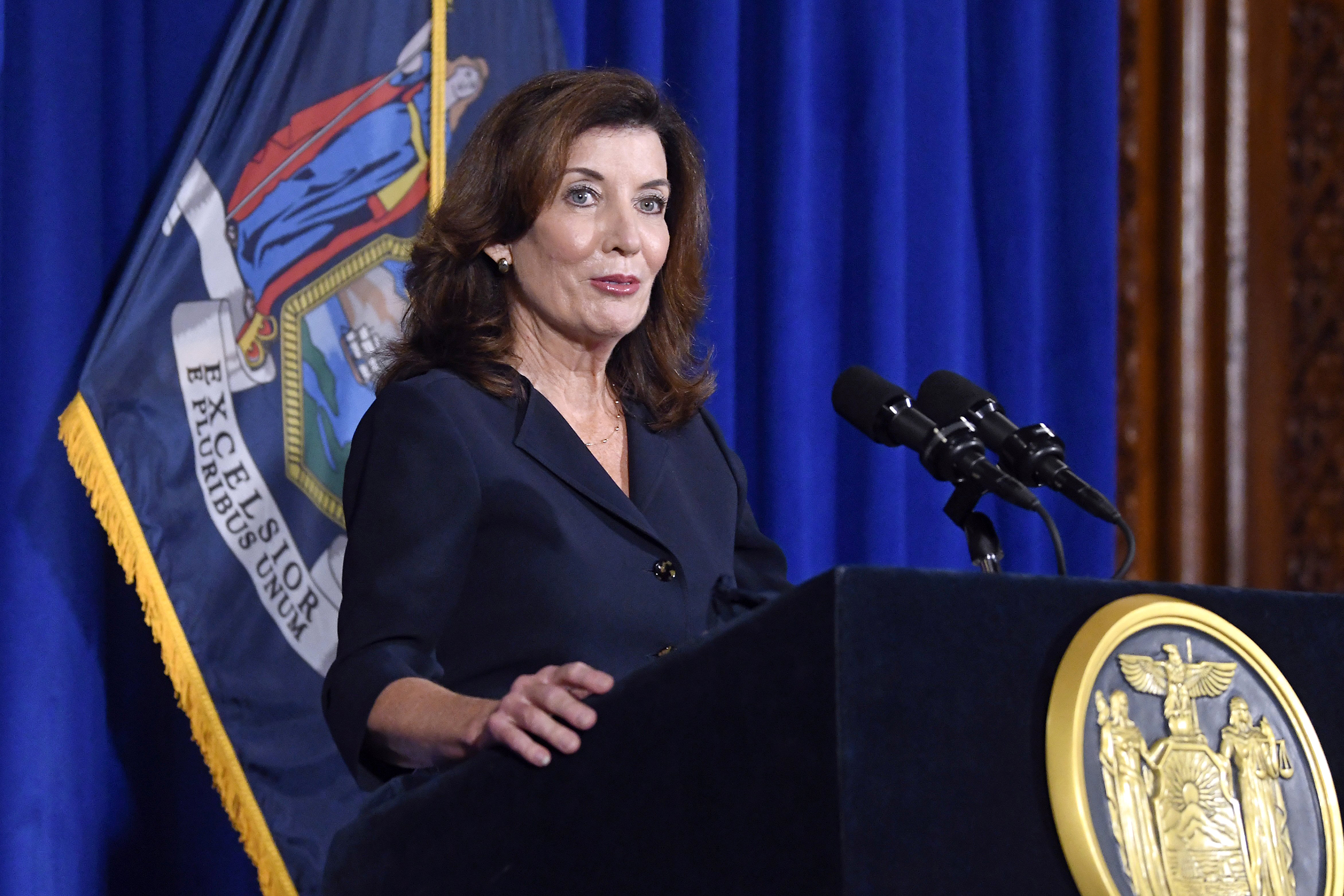 She outlined a multifaceted plan for small and emerging businesses in her State of the State speech on Wednesday that included tax and regulatory relief. In addition, Hochul’s plan calls for offering loans at reduced interest rates and contracting opportunities to socially and economically disadvantaged businesses.

There are also initiatives to provide funding for early-stage businesses to try to keep those emerging enterprises in the state.

A cornerstone of the plan, being tabbed as the “Billion Dollar Rescue Plan,” is $100 million in tax relief for 195,000 small businesses. Hochul wants to achieve that through reforms that will widen eligibility and increase tax return adjustments that reduce gross income.

“These businesses are the economic engines of small towns and big cities alike,” the governor said Wednesday. “They’re what make our communities unique and give them personality.”

Another proposed tax credit that would help some small businesses is one for restaurants and bars to offset costs they’ve incurred to offer outdoor dining to their patrons.

Restaurants and bars also stand to benefit from a regulatory reform Hochul has prioritized for this year’s legislative session. She wants lawmakers to pass this year include allowing those establishments to sell alcoholic drinks as part of “to-go” orders.

The state temporarily waived the prohibition during the early stages of the pandemic when restaurants were forced to close to in-person dining. It also helped keep many establishments afloat as they endured restrictions on indoor dining.

The permanent repeal of the “to-go” sales ban has been a priority for the New York State Restaurant Association. In a statement, its president and CEO thanked Hochul for making it a priority.

“These are difficult times that are not letting up,” Melissa Fleischut said. The restaurant industry is being battered once again by another wave of COVID-19, colder weather restricting dining options and widespread staffing challenges. New York State must find ways to support the industry.”

Hochul also wants to create an interagency council that would bring together representatives from Empire State Development, the State Department of Transportation, the Thruway Authority, the Metropolitan Transportation Authority and the Port Authority of New York and New Jersey to find ways to encourage more women-owned and minority-owned businesses to participate in state projects that will get funding from the $1.2 trillion federal infrastructure bill Congress passed in November.

The National Federation of Independent Business issued a statement Wednesday supporting Hochul’s plans for small business and middle-class tax relief, noting that more than 60% of small businesses are “pass-through entities,” meaning all of the company’s income is passed directly to the owner.