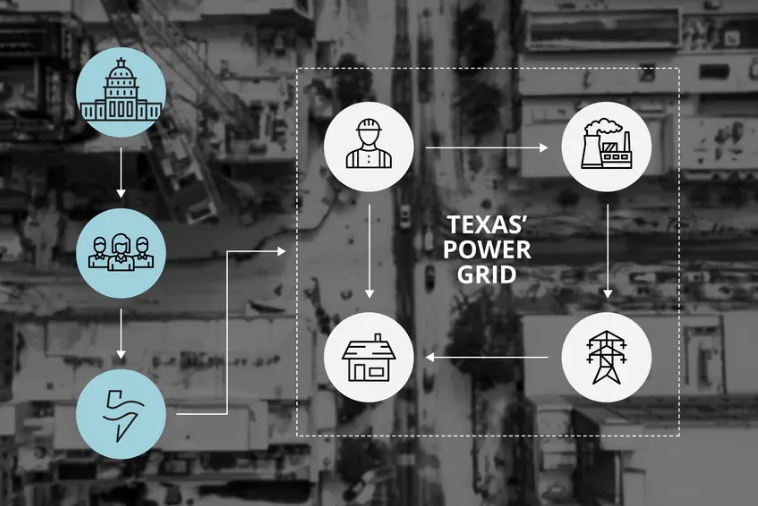 The deregulated power grid in Texas means no one company owns all the power plants, transmission lines and distribution networks, and about 60% of Texas customers choose between dozens of power retailers on an open market. Electricity generators, such as NRG and Vistra, produce power, while retail electric providers, such as Tara Energy and Griddy, sell it to residents and businesses. Transmission companies, such as Oncor, transport the power and are compensated by a fee on customer’s bills from their electric provider. But who is responsible when the power goes out?

The Electric Reliability Council of Texas, an independent nonprofit, manages the price of power and also balances supply and demand in the grid, which ERCOT said was “seconds and minutes” away from catastrophic monthslong blackouts during the mid-February winter storm that caused dayslong power outages for millions of Texans. ERCOT is regulated by the state government.

ERCOT and electric utilities answer to the state Public Utility Commission, whose board is appointed by Gov. Greg Abbott. And everyone answers to the Texas Legislature, which can write laws to regulate any part of the system. A Texas Tribune and ProPublica investigation found that Texas regulators and lawmakers knew about the grid’s vulnerabilities for years, but repeatedly prioritized the interests of large electricity providers rather than force expensive changes.

This article was originally posted on How Texas’ power grid works