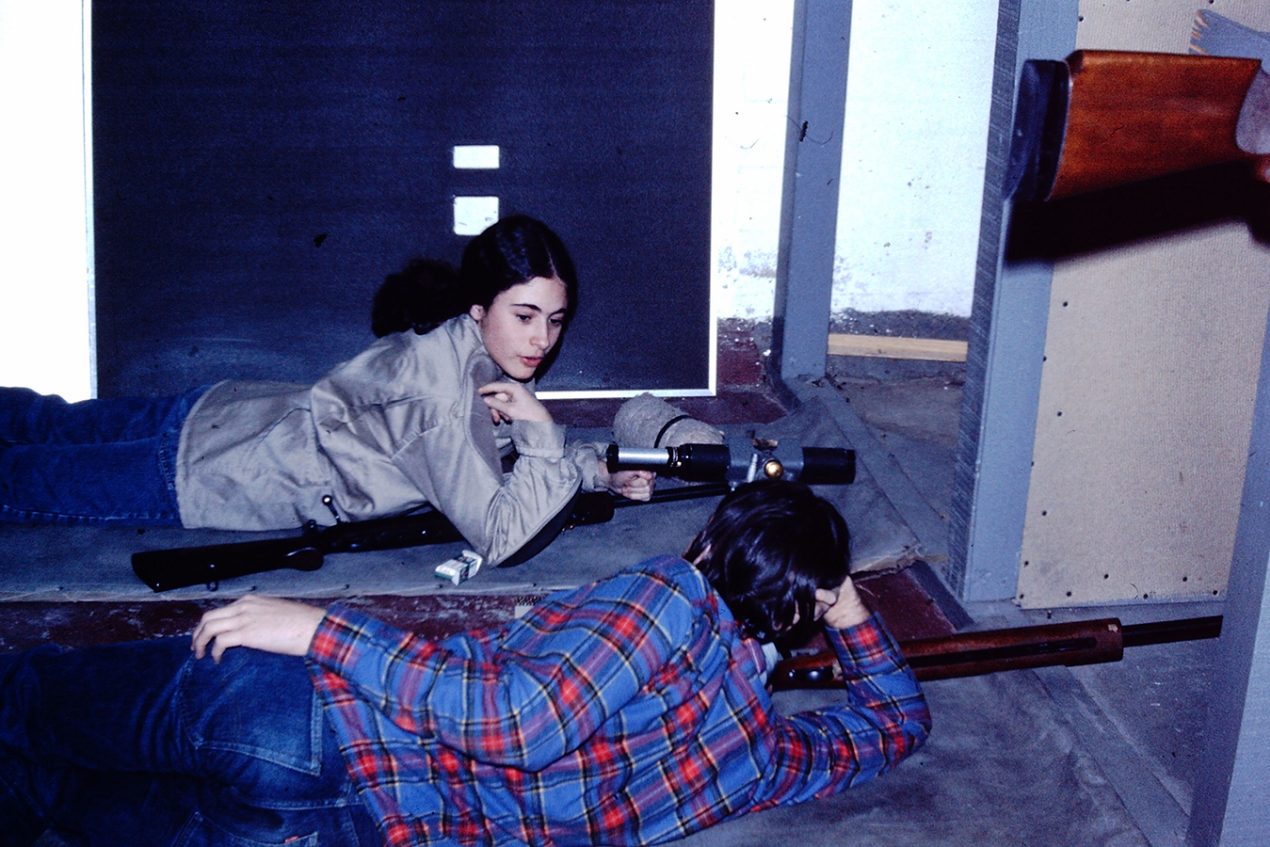 Many who know me might be shocked by this: I shot my first pistol when I was 8 or 9, taught by my father, a physician, aiming at targets in our basement. At summer camp, I loved riflery the way some kids loved art. Staring through the sight, down the barrel, I proved an excellent shot, gathering ever more advanced medals from the National Rifle Association. As a reward, for my 13th birthday, my uncle gave me a .22 Remington rifle.

I did not grow up on a farm or in a dangerous place where we needed protection. I grew up in the well-off, leafy suburb of Scarsdale, N.Y.

When I entered high school in the 1970s, I joined the riflery team and often slung my cased gun over my shoulder on my mile-long walk to school for practice. It didn’t seem dissonant that, on other mornings, I went to the train station to join protests against the Vietnam War.

Since then, the United States has undergone a cultural, definitional, practical shift on guns and what they are for.

Once mostly associated in the public mind with sport, guns in the United States are now widely regarded more as weapons to maim or kill — or to protect from the same. Guns used to be on a continuum with bows and arrows; now they seem better lumped in with grenades, mortars and bombs.

In the 1990s, by which time I was an emergency room doctor at a Level 1 trauma center in New York City, I became acquainted with the damage that small-caliber handguns could cause. When I started treating gunshot victims, I marveled at how subtle and clean the wounds often were, externally at least. Much cleaner than stabbings or car wreck injuries.

We searched for a tiny entrance wound and the larger exit wound; they were often subtle and hard to locate. If you couldn’t find the latter, you would often see the tiny metal bullet, or fragments, lodged somewhere internally on an X-ray — often not worth retrieving because it was doing no damage.

These were people shot in muggings or in drug deals gone wrong. Most of these patients had exploratory surgery, but so long as the bullet had not hit a vital organ or major vessel, people survived.

No one was blown apart.

An assault-style weapon was allegedly used last month to kill 10 people in a Boulder, Colo., supermarket, just as one has been used in more than a dozen mass-casualty shootings, leaving four or more people dead, since 2017.

Guns and the devastating injuries they cause have evolved into things I don’t recognize anymore. My Remington .22 has about as much in common with an assault-style weapon as an amoeba has with a human life. The injuries they produce don’t belong under one umbrella of “gun violence.” Though both crimes are heinous, the guy who shoots someone with an old pistol in a mugging is a different kind of perpetrator from the person who, dressed in body armor, carries a semiautomatic weapon into a theater, house of worship or school and commences a slaughter.

Certainly many American gun owners — maybe a majority of them — are still interested in skill and the ability to hit the bull’s-eye of a target (or a duck or deer, if you’re of the hunting persuasion). But the adrenaline in today’s gun culture clearly lies in paramilitary posturing, signaling to the world the ability to bring mayhem and destruction. Add a twisted mind with the urge to actually bring mayhem and destruction, and tragedy awaits.

Before Congress passed an assault weapons ban in 1994, Americans owned about 400,000 AR-15s, the most popular of these military-style weapons. Today, 17 years after Congress failed to reauthorize the ban, Americans own about 20 million AR-15-style rifles or similar weapons.

Why this change in the nature of gun ownership? Was it because 9/11 made the world a much scarier place? Was it NRA scaremongering about the Second Amendment? The advent of violent video games?

Now, not just emergency rooms but also schools and offices stage active-shooter drills. When I was an ER doctor, we, too, practiced disaster drills. A bunch of surrogate patients would be wheeled in, daubed with fake blood. Those drills seem naive in 2021 — we never envisioned the kinds of mass-shooting disasters that have now become commonplace.

And, frankly, no disaster drill really prepares an emergency room for a situation in which multiple people are shot with today’s semiautomatic weapons. You might save a few people with careful triage and preparation. Most just die.

I gave up riflery as a teenager when other options — boys, movies, travel — came along. Maybe I’ll take it up again someday, if assault-style weaponry is banned and the word “gun” again brings to mind sport and not a spinoff of war.

This article was originally posted on I Was a Teenage Rifle Owner, Then an ER Doctor. Assault Weapons Shouldn’t Count as ‘Guns.’