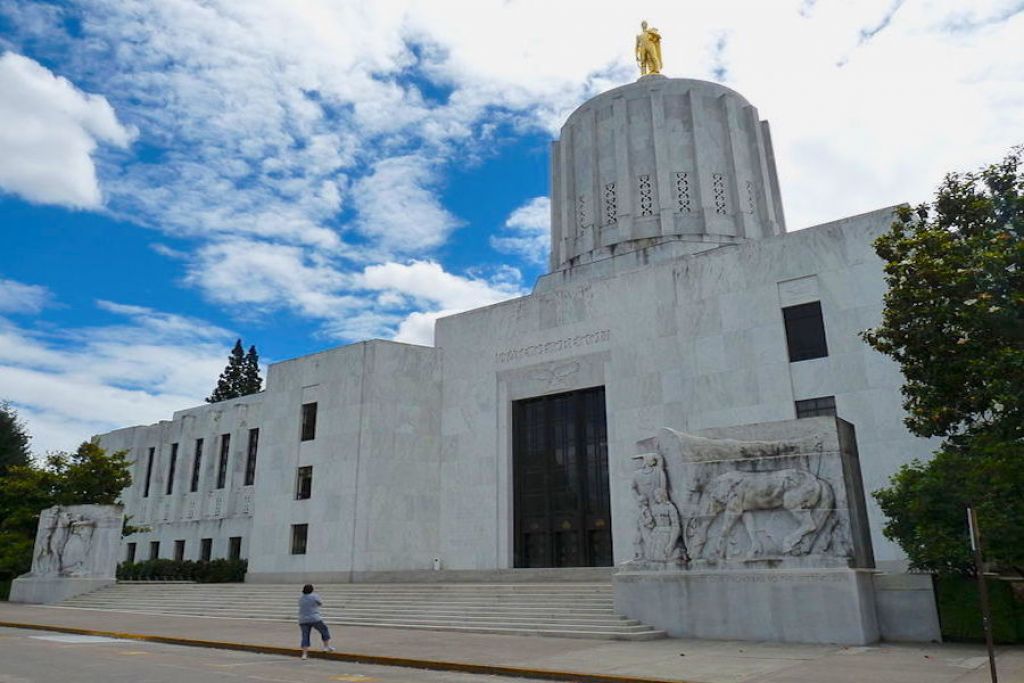 With the state of Indiana having a large surplus this year, lawmakers think the time may be right to get rid of a state tax on businesses, or at least lessen its impact.

The state’s business personal property tax has Indiana businesses, including farms, pay a tax every year on all machinery and equipment they own.

The tax is self-assessed, and the rate varies by county. Altogether, businesses paid $1.4 billion in personal property taxes in 2020. This was in addition to the taxes paid for real property – buildings and land. That amounted to another $2.84 billion.

“We look at it as: This is a particularly bad kind of tax,” says Bill Waltz, the vice president for taxation and public finance for the Indiana Chamber of Commerce.

In unveiling its legislative priorities for the next year, the chamber listed this tax as one area of focus. Specifically, it’s asking the General Assembly to phase out the 30% depreciation floor. The floor has businesses pay a tax on at least 30% of the original purchase price of machinery and equipment every year – even if the machinery/equipment is several years old and is no longer worth 30% of the original cost.

“I think the stars are aligning a little bit,” says Waltz, saying House and Senate Republican staffers and also the governor’s staff, have indicated they’re willing to support a bill this year that will do this, and may use some of the state surplus to compensate counties for the lost revenue.

“While we do have a good tax structure in Indiana, this is the remaining black mark,” says Waltz.

A company that has a $100,000 piece of machinery might pay $2,000 a year in taxes on that equipment. If the company has ten of those machines, the tax then would be $20,000 a year – which would be on top of the sales tax the company paid when it bought the machines.

“Manufacturers get hit the hardest because they have such huge investments in expensive equipment,” says Waltz.

The chamber’s proposal is to phase out the 30% depreciation floor by allowing new machinery and equipment purchased by businesses in the state to not be subject to it, meaning that new machines could continue to depreciate year after year.

About 300,000 businesses in the state pay business personal property taxes. The tax rates vary by county and according to the kind of machinery or equipment.

In a 2014 report, the Indiana Fiscal Policy Institute found that 290,000 businesses in the state were paying the tax, with the top 100 companies paying more than 30% of the total non-utility share of it. They included Eli Lilly and Co., BP, Chrysler, U.S. Steel and Toyota Motor North America.

Waltz says the chamber has been looking at how the state can relieve businesses of the burden of this tax for years.

“This is a tax that really nobody else pays,” he says.

Michigan, Ohio and Illinois have no business personal property tax. Of the states that surround Indiana, only Kentucky has it.

Waltz says the Chamber realizes that county governments have come to depend on this revenue source, to fund school buildings and pay for roads and other budget items.

Legislators, he said, are now talking about how they might use some of the state surplus to send to the counties to “backfill” the loss of revenue they would see over the next few years if the 30% depreciation floor is eliminated.

At a chamber-sponsored event earlier this month, House Speaker Todd Huston said he thinks getting rid of the 30% floor “would help a ton of the small and medium-sized businesses in Indiana” and said he thought it was “exactly the right thing to do.”

“I think it’s the last bad business tax that we have,” he said.