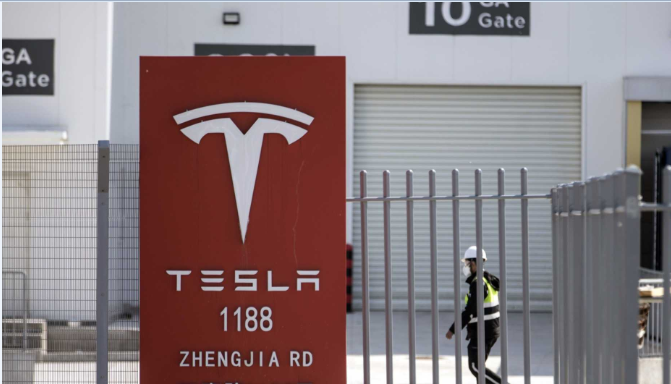 Elon Musk is now the world’s richest person, edging out previous title holder Amazon’s Jeff Bezos. His rocketing fortune is due to the booming share price of Tesla, the maker of electric vehicles and clean energy technologies.

In the past week Tesla’s share price surpassed US$880, ten times its March 2020 low of US$85, giving the company a market capitalisation (or total value) in excess of US$880 billion – more than Toyota, Volkswagen, Daimler, General Motors, BMW, Honda, Hyundai and Ford combined.

That’s an extraordinary amount for a company that only last financial year made its first full-year profit since being founded in 2003; and that profit was relatively modest. It gave Tesla a price-to-earnings ratio – a standard measure of a stock’s value – close to 1,700.

Compare that to the other shares that have boomed since global stock markets rebounded from the COVID-induced lows of March 2020 – technology companies such as Facebook, Apple, Amazon, Microsoft and Google. Amazon’s PE ratio is about 97, Apple’s about 44, and others in the 30-40 range.

Telsa’s latest quarterly profit is equally modest, missing analysts’ expectations with reported earnings per share of just 80 cents. Its share price has dipped as a result, but still remains a very optimistic valuation.

So can Tesla’s valuation be justified, or is this one more example of a bubble waiting to burst? Well, Tesla is clearly an extraordinary innovator, but there are several reasons to think that, though irrational exuberance may drive its value even higher, sooner or later it’s going to come crashing back down to earth.

Tesla has benefited from its founder’s vision. It has established a strong brand as the premiere producer of electric vehicles and renewable energy systems – two industries on the cusp of significant growth as the world moves away from fossil fuels.

It has successfully developed a suite of electric cars where other car companies have failed. It has done this by capturing the imagination of investors and technology enthusiasts alike with technically impressive and aesthetically beautiful products.

It has become a major manufacturer of solar photovoltaic systems.

Connected to both these markets are its developments in batteries to power vehicles, homes and entire communities. In South Australia it built the world’s largest lithium-ion battery, storing renewable energy from nearby wind turbines when generation exceeds demand and balancing out the grid when demand exceeds variable supply.

These industries will accrue a greater share of vehicle and energy markets over time, and Tesla will be a major player in both.

The major car makers, once wedded to their old internal combustion technologies, are embracing electric in response to what is, for them, an existential threat. Car makers from Korea to Japan to Germany – and of course China – are responding with new products to challenge Tesla’s position.

In strategic management, this response is called “disruption”.

The term is most closely associated with the American academic Clayton Christensen. In his influential 1997 book The Innovator’s Dilemma: When New Technologies Cause Great Firms to Fail, he describes the inexorable processes of how “early movers” are confronted with a new batch of entrants intent on securing their share of growing markets. https://www.youtube.com/embed/qDrMAzCHFUU?wmode=transparent&start=0 Clayton Christensen discusses the innovator’s dilemma.

Tesla’s success is tantalising, something both established and start-up competitors will seek to emulate. Late movers may start with simpler, cheaper and by some measures inferior products. But over time they can learn what consumers want and are willing to pay for. They then challenge industry leaders for a share of the market, starting at the bottom but always moving upward.

Indeed, Tesla itself has benefited from these very processes.

Smoothing the road for competitors

As an early mover, Tesla is also laying the foundations for emulators’ success. By establishing the impetus for infrastructure needed for the massive roll-out of electric vehicles, later movers will face fewer entry obstacles than Tesla and other early movers.

These include creating charging stations that, once established, will drive a virtuous cycle of increased demand for electric vehicles and supply of stations.

But the differences between Tesla and its big-tech peers may be a source of serious challenge.

Other tech companies benefit from what economists call network effects: the more ubiquitous a product, the more valuable it become to users.

Social media platforms are an obvious example, but it also applies to companies such as eBay and Amazon: the more buyers and sellers on these platform, the greater their value to sellers and buyers – and therefore the greater the returns to the service provider.

But if you’re an investor, it’s something to be careful about. You might be able to ride the speculative rocket, so long as you time when you hop off. But if you’re looking at Tesla as a long-term investment – as you should – there are no guarantees.