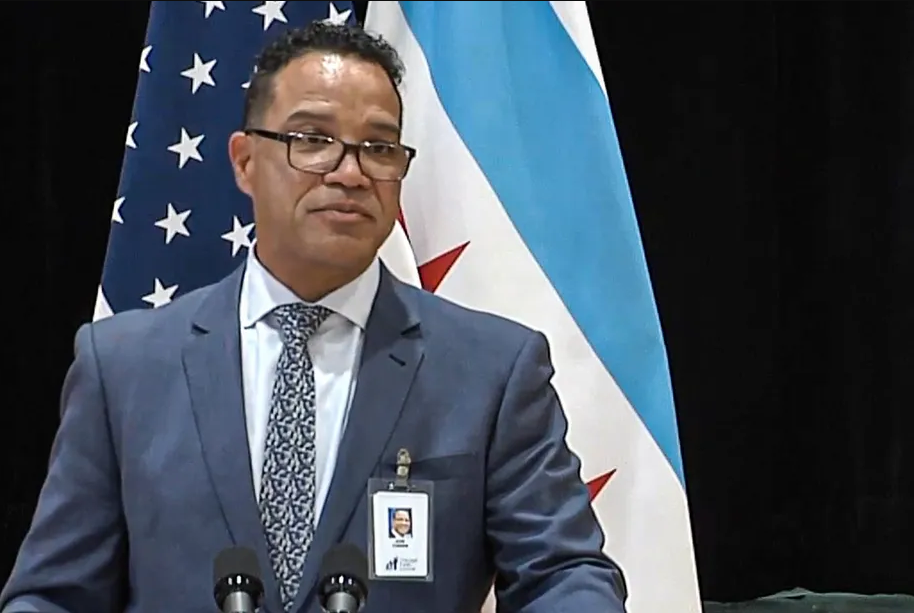 Chicago will pay its interim schools chief $335,000 a year and chip in for his moving and housing expenses under an open-ended contract that either side can terminate at any time.

José Torres, a veteran education leader and former Elgin superintendent, is poised to step in to lead the country’s third largest district Thursday as it seeks a permanent replacement for outgoing schools chief Janice Jackson. Mayor Lori Lightfoot has stressed that Torres is not in the running for the permanent position.

Torres has said he will focus on safely reopening campuses for full-time in-person learning this fall and reconnecting with students and families who disengaged from school during the pandemic. He will oversee the early implementation of the new “Moving Forward Together” plan to recover from the coronavirus disruption, funded with more than half a billion in federal stimulus dollars.

Jackson told the school board last week she is confident she leaves the district in good hands at this crucial juncture.

“I know José Torres,” Jackson said. “I’ve known him for years. He is the educator to take us through these tough times.”

The district will pay Torres $5,000 to relocate to Chicago in keeping with a CPS requirement that employees live in the city within six months of starting their jobs. The district has said it aims to choose a permanent top leader in late July and have that pick on the job as soon as possible.

The district will also provide subsidized temporary housing or, if such housing is not secured, pay him $3,000 a month for housing expenses. The district did not respond to a query about whether it secured such temporary accommodations or where Torres is moving from.

Torres, a native of Puerto Rico and a former middle school teacher, was most recently the president of the Illinois Mathematics and Science Academy in Aurora. He retired in June.

He previously worked as a regional superintendent overseeing 25 schools on Chicago’s South Side in the mid-2000s. He later served as superintendent of the state’s second largest school district, Elgin’s U-46. He has also held leadership roles in Anne Arundel County Public Schools and San Jose Unified School District.

Under other terms of his contract with Chicago Public Schools, the district will pay 7% of a required 9% contribution for Torres to the Chicago Teachers Pension Fund. He will get 15 vacation days upon starting his position and other paid time off accorded to all full-time employees in the district.

Meanwhile, the district closed the applications window for permanent CEO candidates last week. On the eve of the deadline, its search firm said it had received 25 applications. Next, the consultants will screen the applicants and forward a short list of frontrunners to a district search committee to interview.