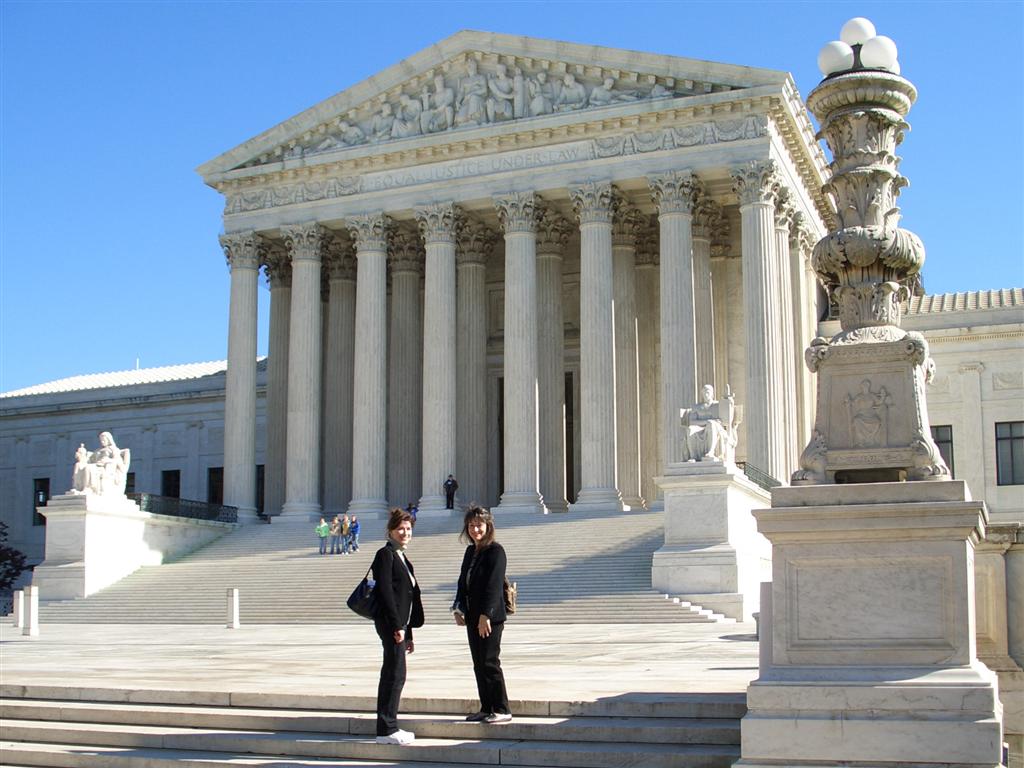 Democrats enthralled their base and alarmed Republicans with the recent announcement of a new push to add four justices to the U.S. Supreme Court, but the latest polling suggests the majority of Americans don’t favor expanding the highest court in the land.

New polling released by Rasmussen Tuesday found that only a third of likely voters support adding justices to the Supreme Court. Meanwhile, 55% of likely voters oppose expanding the bench, which has remained at nine justices for over 150 years.

The poll surveyed 1,000 likely voters between April 15 and April 18 of last week. Respondents were asked:

Sentiments have remained roughly the same since Rasmussen asked the same question in the fall of last year. Last September, 53% of likely voters said they opposed adding justices to the court while only 32% supported it. The rest were unsure.

However, that same poll found 52% of likely voters support term limits for the Supreme Court while 36% oppose.

A Reuters/Ipsos poll released last week found that the majority of Americans want to end lifetime appointments to the Supreme Court and put some kind of term or age limits in place.

That poll found 63% of Americans wanted to end lifetime appointments, but only 38% wanted to expand the court.

President Joe Biden created a commission of experts earlier this month to examine expanding the court. Biden pledged to create that commission during the presidential campaign, but he would not make a clear commitment to expand the court.

Biden’s messaging on the issue has varied, but he did say during the campaign that he was “not a fan” of adding justices, citing the bad precedent and opportunity for future administrations to continue adding more and more justices.

Some Democrats in the House and Senate were eager to push forward, though, and introduced legislation last week that would add four justices to the court.

“We are here today because the United States Supreme Court is broken,” said Sen. Edward Markey, D-Mass, one of the leaders of the legislative effort. “It is out of balance, and it needs to be fixed. Too many Americans view our highest court in the land as a partisan, political institution, not our impartial, judicial branch of government.”

Republicans were quick to attack the plan, calling it an abuse of power and an attempt to establish a liberal majority on the court, which now has more Republican appointees than Democrat.

“The Democrats will do anything for power,” said Sen. Tom Cotton, R-Ark., in response to the bill.

Tuesday’s Rasmussen poll, however, found that while most Americans oppose, a majority of Democrats support expanding the Supreme Court. The party is split on the issue, setting Democrats up for more division and infighting in the months and primaries to come.

That division was on full display last week when House Speaker Nancy Pelosi, D-Calif., said she would not support bringing the legislation to the floor. The continued push for court expansion and the Democratic division surrounding it suggests it will not be resolved anytime soon.

Some Republicans signaled they are planning to use the issue to campaign against Democrats in the next election.

“President Biden campaigned on a promise of lowering the temperature and uniting a divided nation,” said Minority Leader Sen. Mitch McConnell, R-Ky. “If he really meant it, he would stop giving oxygen to a dangerous, antiquated idea and stand up to the partisans hawking it.”

This article was originally posted on Majority of Americans oppose expanding the U.S. Supreme Court