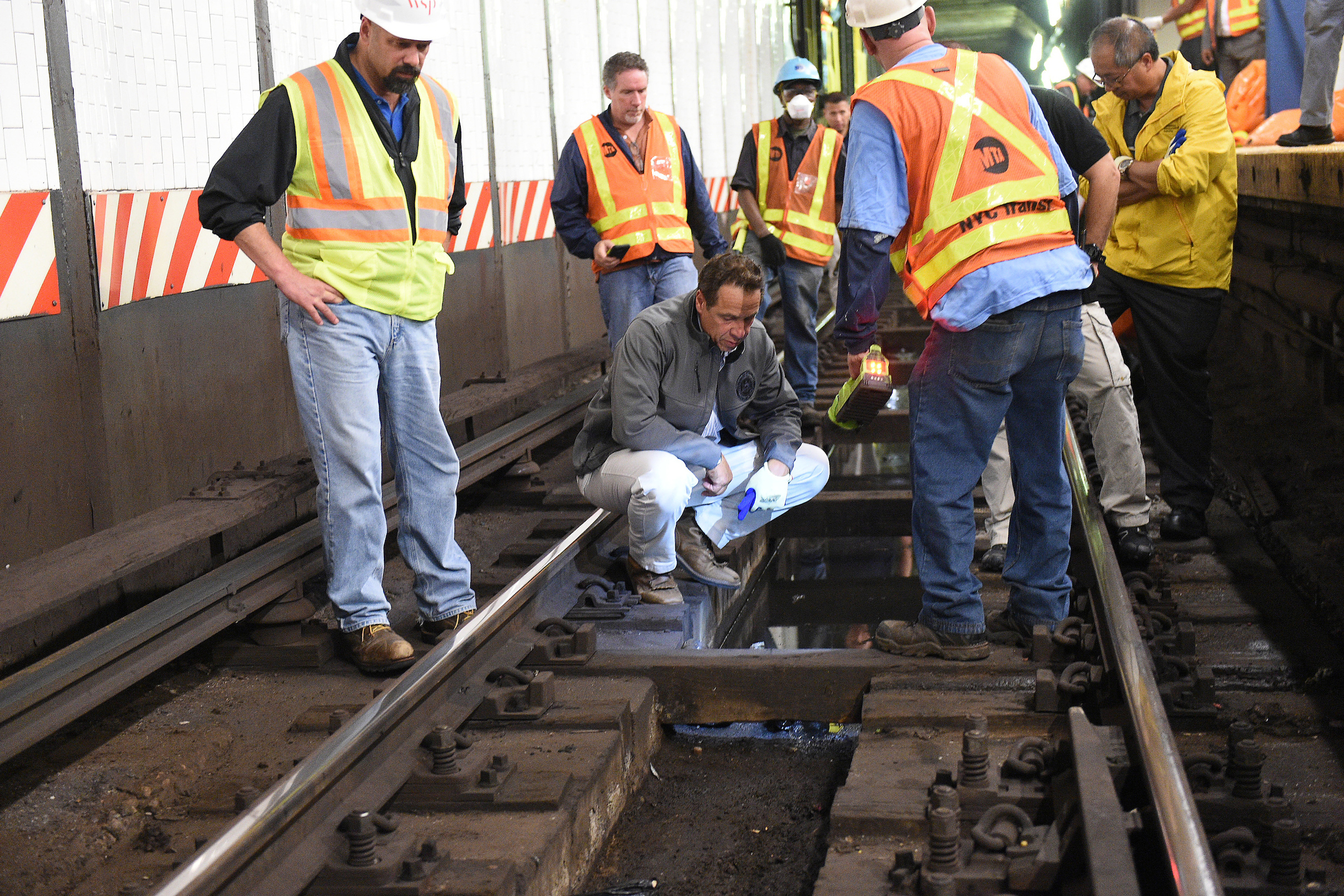 It’s been more than two years since Gov. Andrew Cuomo called for an overhaul of the MTA, ridiculing the transit agency he controls as “a disgrace” and “a governmental Frankenstein.”

But the so-called MTA Transformation Plan, whose cost-cutting goals were spelled out at an agency board meeting in late February 2020, has been derailed by the pandemic — and is going nowhere fast after millions were spent to hire consultants and new executives, critics say.

“It’s not clear to me what the plan has done other than the general havoc COVID caused,” said Rachael Fauss, an analyst with Reinvent Albany, a watchdog group.

Administrative job cuts that were on tap as part of the consultant-crafted Transformation Plan — which called for the elimination of up to 2,700 positions by the end of last year — have not materialized as envisioned.

Instead, close to 3,000 employees have departed since the start of the pandemic, largely due to retirements, according to the MTA. Many of those who’ve left worked in subway and bus operations, with a hiring freeze also contributing to an increase in canceled trips, delaying riders.

And the agency’s chief operating officer, whose second-in-command position was required as part of the state Legislature-mandated reorganization, departed in February, barely a year after arriving from Canada. A replacement for Mario Peloquin has not been named.

“Transformation might have been the governor’s or the Legislature’s way to say to riders, ‘We feel your pain,’” said Danny Pearlstein, policy and communications director at the nonprofit Riders Alliance. “But that is not good enough — accountability is about getting better service.”

Peloquin told THE CITY there was little appetite internally or among labor to make massive changes.

“It’s fine for the governor to say that everything needs to be looked at for transformation,” he said. “But this needs to be accompanied with clear, consistent messaging to all the stakeholders in order to have buy-in and reduce resistance.”

A spokesperson for Cuomo referred THE CITY to the MTA for comment on the transformation plan.

The overhaul has continued amid plans to shake up MTA leadership, with Cuomo proposing to split the duties of outgoing Chairperson Patrick Foye among two top officials.

In a July 7 letter to top state legislators, 12 advocacy and watchdog groups said “a dire crisis of public confidence and instability in [MTA] management” has been worsened “by the confusing, rushed, and yet underwhelming Transformation Plan.”

“No one wants to write a blank check to an agency with a lot of challenges,” Fauss said. “But at the same time, you need reform that is meaningful and not politically motivated.”

The reshuffling grew out of Cuomo’s unhappiness with the MTA’s status quo. In 2019, the agency’s board brought in the AlixPartners consulting firm to issue a $4 million blueprint on how to consolidate functions within a sprawling bureaucracy of close to 70,000 employees while “significantly” improving service and business performance.

“There’s nothing like announcing a [reorganization] and bringing in consultants to give the appearance of doing something,” said a source with knowledge of the plan who asked not to be identified.

Several high-priced senior executives  were hired to carry out the plan — among them chiefs for transformation, operations, technology, procurement and a “chief people officer.”

Chief Transformation Officer Anthony McCord and Peloquin were both hired at $325,600 a year, with each eligible to be reimbursed up to $39,000 in relocation expenses, according to copies of their employment contracts obtained under the state’s Freedom of Information Law.

Just weeks before the pandemic sank ridership and the MTA’s finances, McCord touted plans to “make the MTA the world leader in mass transportation” and to bring in consultants to figure out cuts.

“Our ambition is to transform the MTA to become the center of excellence worldwide in mass transportation based here in New York State in the 21st century,” McCord, a Canadian business executive, said at the time.

MTA officials said the budgets of several departments are being consolidated through changes led by internal staff, leading to “real successes” for the agency. The plan originally called for bringing in 120 consultants.

Employee attrition, the MTA said, will save the agency $1 billion over four years.

The agency has an annual budget of about $17 billion.

“The transformation team has worked to consolidate a range of back-office functions at the MTA,” McCord said. “Doing so allows the organization to leverage best practices widely used in government and industry to better assist their colleagues in frontline operations roles.”

MTA board member Neal Zuckerman, a managing director and senior partner at Boston Consulting Group, said the effort has yielded some positives. He cited how major construction and development projects are now handled through a division spawned from the reorganization.

“Transformation is not about any one individual, it’s about change through the CEO and his direct reports,” Zuckerman told THE CITY. “I think we’ve seen that.”

But critics contend the plan was oversold by Cuomo and helped drive some key people away from the MTA.

Andy Byford, the former president of New York City Transit, cited the Transformation Plan in his January 2020 resignation letter, writing that it would leave “agency presidents to focus solely on the day-to-day running of service” while stripping them of other duties.

Byford, now the head of Transport for London, declined comment for this story.

John Samuelsen, the international president of the Transport Workers Union, said the departures of Byford and other senior transit executives resulted from the turbulence at the MTA.

“The Transformation Plan succeeded at turning the MTA into a second-class outfit,” Samuelsen told THE CITY. “So much of the talent has fled.”

Samuelsen, who has recently amped up his criticisms of Cuomo, called the plan “a dud.”

“All they did was engage in lofty language,” he said.

This article was originally posted on MTA’s Pandemic-Derailed Transformation Plan Was Off Track From Start, Critics Say