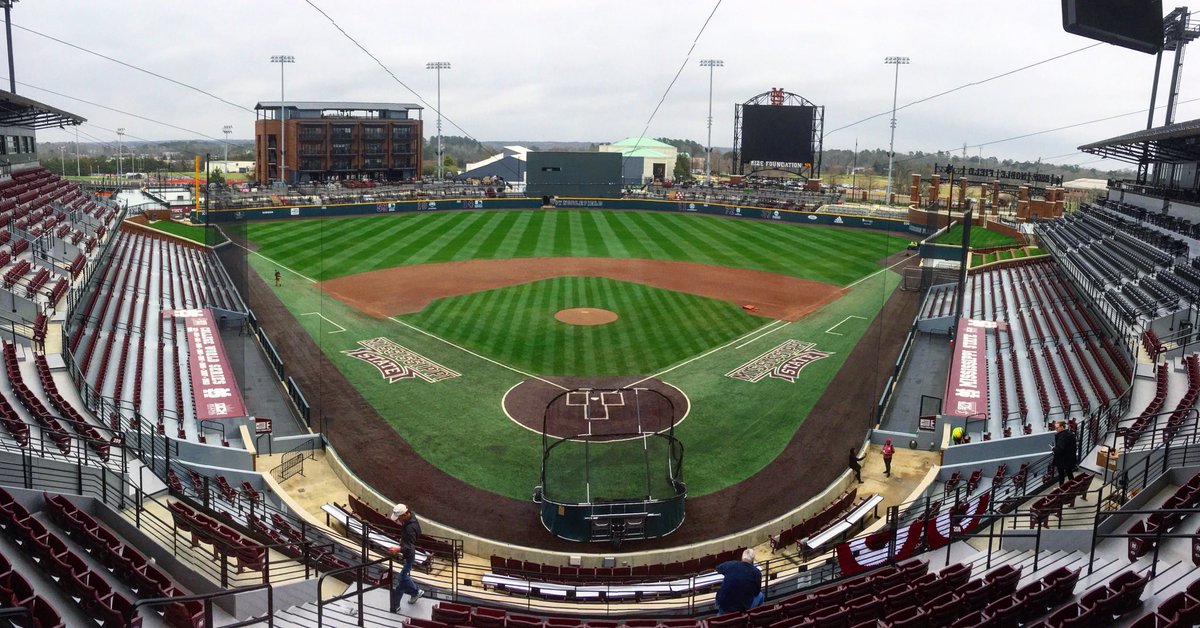 The NCAA Baseball Committee Friday named its 20 potential regional tournament sites and Mississippi State, Ole Miss and Southern Miss all made the cut. The 16 actual sites will be revealed at 7:30 p.m. on Sunday, May 30.

We will get to what this means, but first we should just take a step back and marvel at the fact that the Magnolia State, relatively small and sparsely populated, gets 15% of the potential NCAA Regional sites.

We could go on with such comparisons but you get the idea. Friday’s announcement is a testament to not only the quality of college baseball in the state but also the sport’s unique popularity in Mississippi. If you play quality baseball in Mississippi, people will come watch.

And it’s not limited to State, Ole Miss and USM. Jackson State was undefeated in the SWAC regular season. Delta State continues as a Division II, Gulf South Conference powerhouse. William Carey has won the Southern States Athletic Conference championship and an automatic bid into the NAIA National Championship.

Of the three Mississippi schools, State would appear the only lock to be a regional host. The Bulldogs are ranked No. 3 nationally and, barring a collapse, have all the requisite numbers to not only host a regional but to be a top 8 national seed. No. 18 Ole Miss and No. 19 Southern Miss presumably still have work to do. And that begins Friday night with Ole Miss hosting No. 2 ranked Vanderbilt for the first of a three-game series, and Southern Miss playing the first of a tough four-game road series with Florida Atlantic.

Ole Miss positives include a 9-6 record against Top 25 opposition, a No. 11 RPI and a 13-9 record against Top 50 RPI teams. Negatives include the loss of Friday starter Gunnar Hoglund to a season-ending arm injury and the fact that the Rebels have lost five of their last six weekend series, albeit against strong competition. The Rebels would appear to need a strong finish to ensure a host spot. They wind down the regular season with a three-game series at Georgia next weekend.

Southern Miss likely has even more work to do. The Golden Eagles have a No. 26 RPI, which places them 19th among the 20 teams still in the running for the 16 regional sites. On the plus side, the Eagles lead Louisiana Tech by a half game in the Conference USA western division and CUSA has never been stronger than this season with four teams among the top 26 in RPI. The guess here is that in order to host, Southern Miss must win the FAU series, no easy task, and then win several games in the CUSA Tournament at Louisiana Tech. Otherwise, Southern Miss probably will enter the NCAA Tournament as a strong No. 2 seed, playing on the road, which surely would be nothing new for the Golden Eagles.

The Eagles’ only College World Series appearance (2009) came when they entered the tournament as a No. 3 seed. Just goes to show that the key to college baseball success, as always, is to be playing your best baseball when it matters most — and that begins now.

This article was originally posted on NCAA announced 20 possible baseball regional sites. Mississippi has three of them.