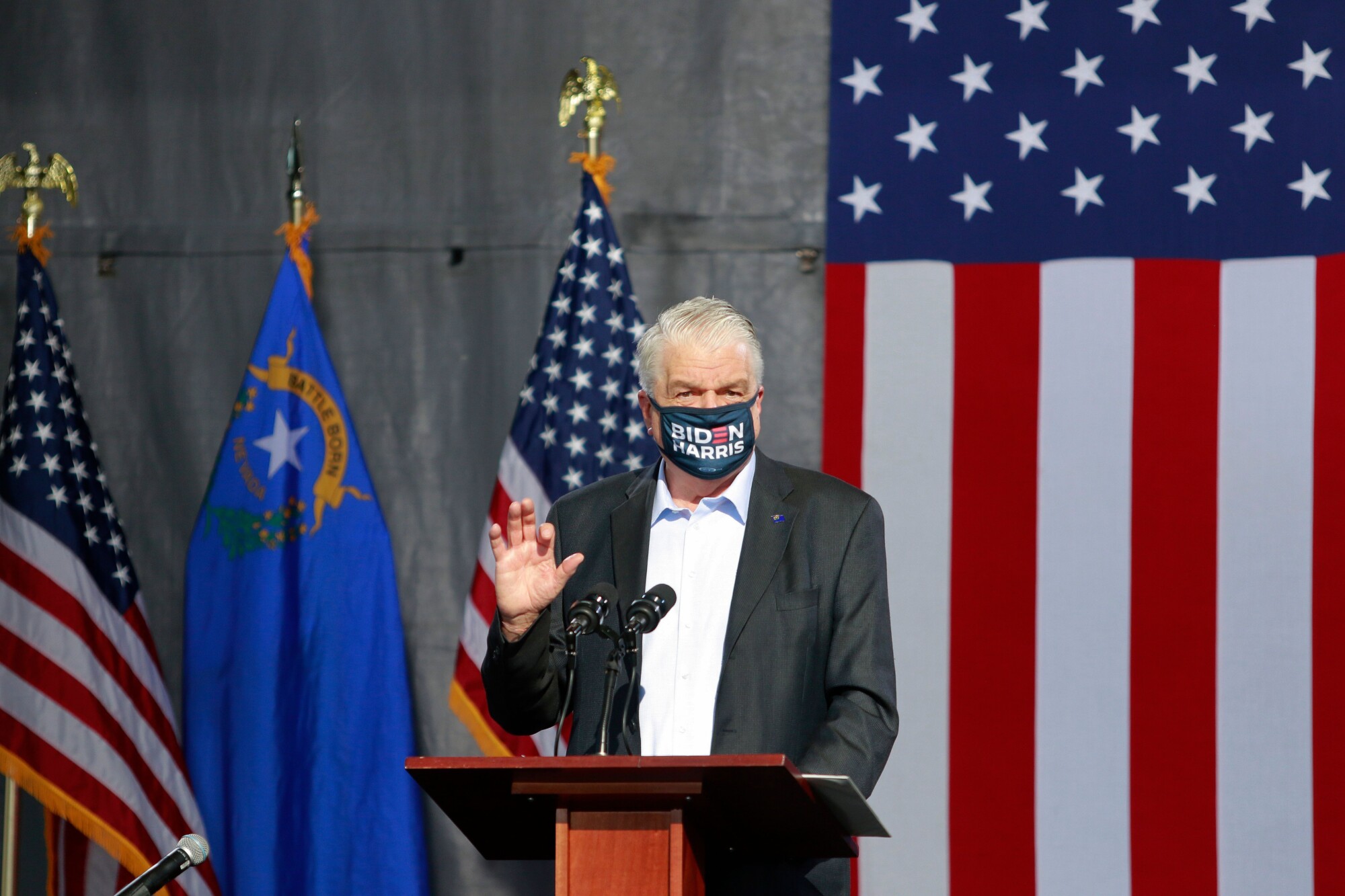 Nevada Gov. Steve Sisolak said on Monday that his office is reviewing its plan to spend the largest federal aid package in the state’s history.

The state is due to receive $2.7 billion from the American Rescue Plan that was passed by Congress in March. The U.S. Treasury Department on Monday released 150-page framework laying out how local governments can use the funds to balance their budgets and provide pandemic aid programs.

“It is critical that we take the time to analyze the guidance in detail so we can ensure these funds are spent in accordance with eligibility guidelines and in the most effective manner for Nevada residents,” Sisolak said in a statement.

Last summer, Sisolak made steep budget cuts to balance the state books during the pandemic. Cuts included taking $500 million from agency budgets, $166 million from public education, and implementing a 6% Medicaid rate reduction that saved the state over $50 million.

At the time, Nevada sported the highest unemployment rate in the nation at 29.5%, according to a report by the Las Vegas Sun. A majority of the unemployment claims came from the hospitality, leisure, and gaming industries as state restrictions brought business to a halt.

New data from the American Hotel and Lodging Association suggests that the hospitality and leisure industry will remain down in 2021.

The framework was designed to prioritize aid expenditures by focusing on four areas: basic needs, community, economy, and quality of life, the document says. It calls on lawmakers to make “strategic enhancements” to infrastructure, education, and healthcare funding as well.

Sisolak described the document as a foundational to building “a strong recovery with long lasting impacts for Nevada families and our economy.”

“Having that framework will be essential in the time ahead as we review and analyze the guidance and conduct significant engagement with community leaders, businesses, public servants, labor and the residents of Nevada,” he added.