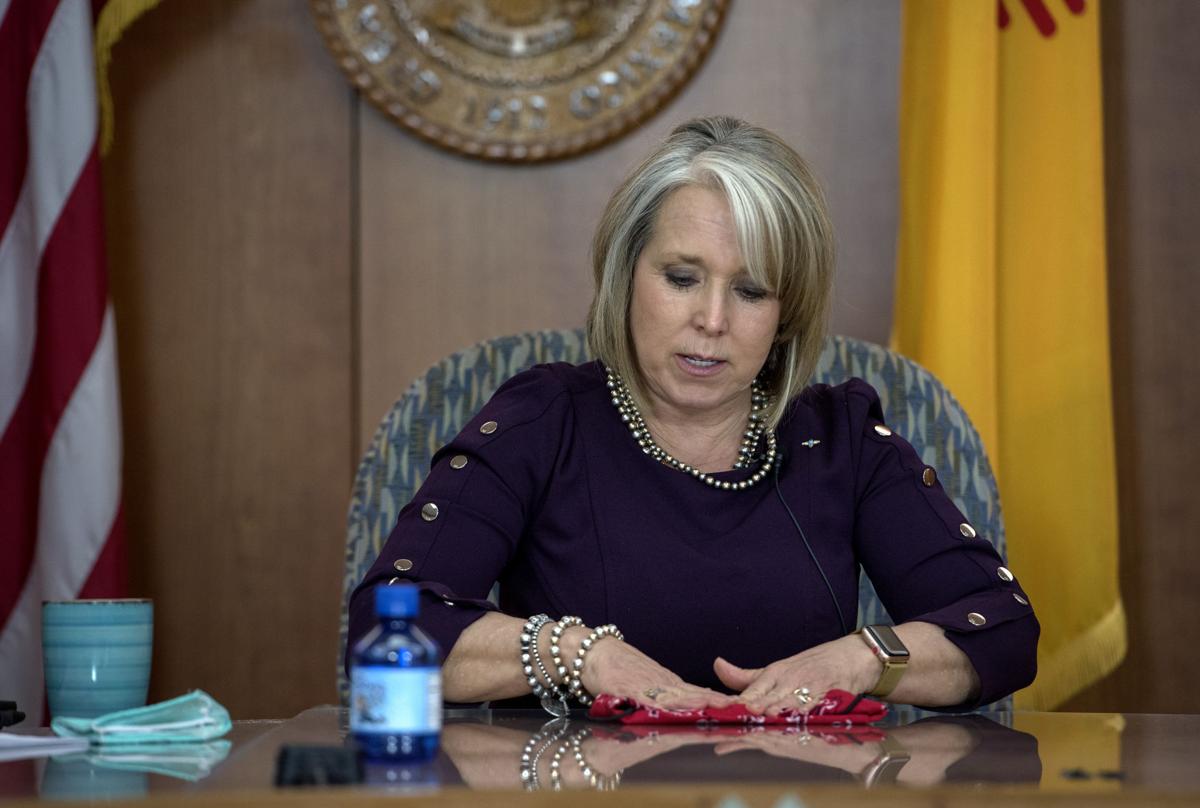 Recreational-use cannabis sales are a year away in New Mexico, but Gov. Michelle Lujan Grisham is already considering ways for the state to lead the market in innovation.

One idea, which she said she co-opted from her communications director, is some sort of fusion of cannabis and chile.

“It is the kind of thing that would be iconic for a state like this,” Lujan Grisham said. “And there’s so many places where we really can lead the country and the world in incredible new ways to utilize and use cannabis.”

Growing Forward, the collaborative podcast between NM Political Report and New Mexico PBS, spoke with New Mexico Governor Michelle Lujan Grisham on Thursday about adult-use cannabis in New Mexico and some of the specifics that go along with its legalization.

The Cannabis Regulation Act, which Lujan Grisham signed earlier this month, won’t go into effect until June 29 and sales won’t start until April 2022. But the state’s Regulation and Licensing Department, which will oversee cannabis regulation, is already putting together an advisory committee and gearing up to start the licensing process this fall.

Lujan Grisham said her role during the implementation process will be to “keep this moving” to make sure the state hits its deadlines.

“My job is going to be to make sure that they stay on task, on track.” Lujan Grisham said. “That if there are problems that we didn’t identify early on that are raised as a result, that I find vehicles to solve those problems.”

RLD already called for applicants for the Cannabis Regulatory Advisory Committee, which, by statute, must be established by September. One of the qualifications to be on that committee is to not be associated with an existing business in the medical cannabis industry. Part of the reason for that, Lujan Grisham said, is to keep things objective. But, she said, there will be opportunities for existing businesses to weigh-in while RLD is crafting rules.

“We want some distance from an industry that we have to have an objective oversight role with. But we want their expertise and making sure that we don’t create a standard that minimizes a robust industry from being high quality, and completely engaged at any number of levels in the state of New Mexico,” Lujan Grisham said.

“This is an area where clarity rules because otherwise, you have a department that is guessing based on what they think legislative intent is or isn’t,” Lujan Grisham said. “You would put a department in a position to be challenged for making arbitrary and capricious decisions all the time, as they were guessing or taking the side of the particular taxpayer.”

But she said, “philosophically,” she can see where patients and medical cannabis producers are coming from.