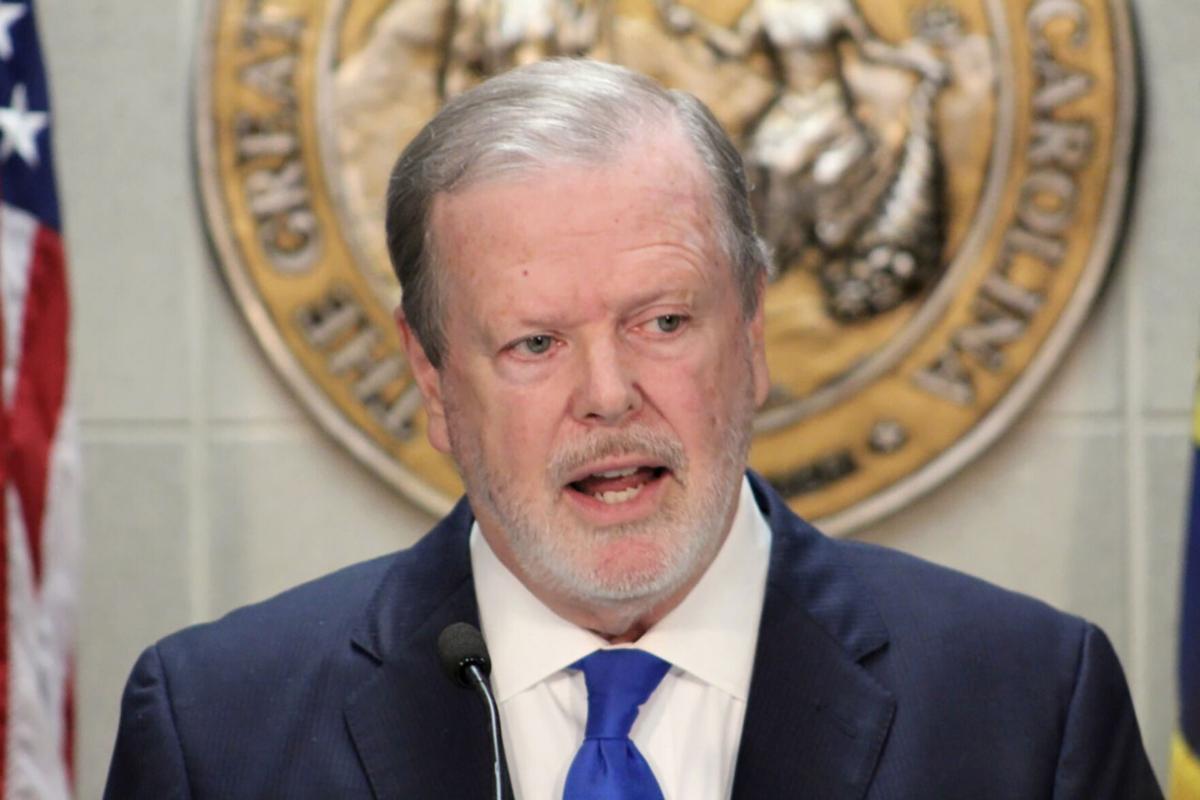 The North Carolina Senate is considering a bill that will prohibit K-12 schools from promoting certain ideologies about racism and discrimination.

The legislation stems from the partisan disagreement over how the history of racism in American should be taught in schools.

Republicans said the bill would limit “indoctrination” of critical race theory. Democrats said it would hide the truth about racism.

“I oppose it, and I will combat it with everything that I have because I believe the doctrine undoes the framework that produced the most successful ongoing experiment in self-government in the history of mankind,” Senate Leader Phil Berger, R-Rockingham, said Wednesday during a news briefing.

Critical race theory is centered around the idea that race is a social construct used to oppress people of color, according to Encyclopedia Britannica. The theory, developed by legal scholars in the late 1970s and 1980s, concludes racism in America is systemic.

The theory gained new notoriety in response to the 1619 Project, a New York Times multimedia piece that connects slavery to capitalism.

Former President Donald Trump pushed back against curriculum that stemmed from the 1619 Project, announcing he would create the 1776 Commission to combat “anti-American historical revisionism” and “critical race theorists” in October. It later was canceled by President Joe Biden.

Twenty-six states have considered policies to regulate how racial history can be taught, according to Education Week.

The North Carolina House approved its version of House Bill 324, 66-40, on May 15. The proposal came after Charlotte-Mecklenburg Schools assigned a book that suggests society is passively racist for summer reading to students.

Members of the Senate Committee on Education/Higher Education reviewed the Senate version of the measure Wednesday.

Berger’s amended version of the bill also blocks schools from encouraging the idea that America was created by a certain subgroup to oppress others. It doubles down on prohibiting stereotypes, and it bars schools from promoting overthrowing the U.S. government.

Berger said critical race theory goes against the U.S. Declaration of Independence, Lincoln’s Gettysburg Address, the 14th Amendment to the Constitution and the Civil Rights Act of 1964.

“I think if censorship in the classroom here teaches us anything, I think it’s unAmerican,” said Sen. Jay Chaudhuri, D-Wake.

Parents and teachers spoke in favor of the bill during Wednesday’s committee meeting. They said political theories and personal views should not be encouraged in schools.

“The most recent version of House Bill 324 incites a fear-based approach to limit teacher’s ability to assess the real reality of racism in the United States, and it would limit student engagement with history, current events and personal health, as well as their social and emotional learning,” Waddell said.