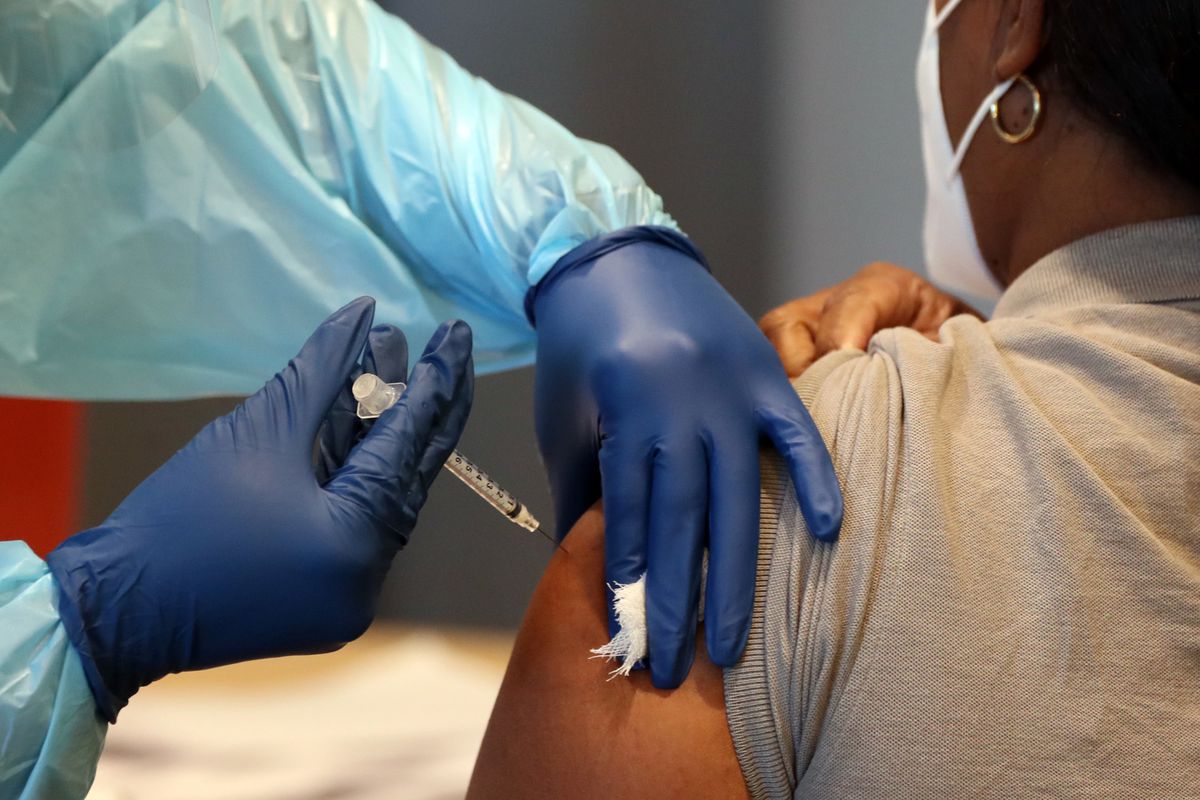 Negotiations have stalled between New York City’s teachers union and City Hall over a vaccination mandate for school staffers, pushing union leaders to file a formal complaint with the state.

The city has refused to pay teachers who have a legitimate medical or religious reason not to take the shot, according to the complaint filed by the United Federation of Teachers, or UFT, with the Public Employment Relations Board.

The board would serve as a mediator on the matter for a session scheduled Thursday evening between the city and the union, said Michael Mulgrew, president of the teachers union, who expects an update on Monday. If there is still no agreement, the issue will go to arbitration, he said.

Mulgrew said he doesn’t expect there will be many religious exemptions among his members since major religious leaders approve of the COVID vaccine. But he was more alarmed that the city is refusing to pay those who cannot take the vaccine. However, he did not know how many of his members would need such exemptions, and the nature of those exemptions have not yet been defined in bargaining sessions with the city.

Experts believe the list of people in need of a medical vaccine accommodation is small, NBC News reported. No one with a previous serious allergic reaction to components in the vaccine should take it, according to the Centers for Disease Control and Prevention.

“It’s really shocking to me, you know, as teachers across this city have gone above and beyond, reached out and helped so many families and so many students, the mayor’s idea of, ‘Oh, I’m going to mandate the vaccine, and if you don’t like it, I’m removing you from payroll,” Mulgrew said during a press conference announcing the complaint.

In late July, Mayor Bill de Blasio said all education department staffers must get vaccinated or get a weekly COVID test in order to work. About a month later, de Blasio announced a blanket vaccination mandate for all school employees, with their first dose required by Sept. 27, which is two weeks after school starts.

As of late August, 63% of education department staffers were vaccinated, but the actual figure is likely higher because New York City does not track educator vaccinations that happen outside of the five boroughs. The union estimates that 80% of its members are vaccinated.

At the time, while publicly supporting vaccines, Mulgrew also said the city must negotiate details of the mandate with the union. But those talks broke down after the city refused to pay people who would qualify for a medical or religious exemption, Mulgrew said, describing it as “disgusting” to reporters.

Union officials also want the city to allow medical accommodations for vaccinated immunocompromised people so that they can work from home because doctors have told the union that some of them are at higher risk of getting sick — even with a booster shot, Mulgrew said in an interview. (Those with weakened immune systems became eligible for boosters last month.)

While there is no remote school option for most children this year, medically fragile students can attend virtual learning. An estimated 5,000 children are also expected to receive home instruction, which is one place unvaccinated staffers or those with medical accommodations can be assigned, the union argued. They can also help with “curriculum development, academic and social screening, as well as school data management and analysis,” the complaint says.

The complaint said the city has “no intention of budging from its inflexible stance or including the UFT in any meaningful bargaining concerning the implementation of the city’s vaccination policy.”

City officials declined to elaborate on their side of negotiations.

“The health and safety of New York City children and the protection of our employees is at the core of the vaccine mandate,” said Danielle Filson, spokesperson for the education department. “We will continue to negotiate with the UFT to reach a successful agreement because that is what’s best for our school communities.”

People with a medical reason not to take the vaccine would be required to use their remaining sick days — up to 90 days — before going on unpaid leave and losing health insurance, the complaint says. Those with religious reasons cannot use sick days and would have to use other accrued time off before losing their benefits, the complaint says.

The city has bargained over the matter twice, according to the complaint.

This article was originally posted on NYC teachers union, city at impasse over vaccine mandate for medical and religious exemptions