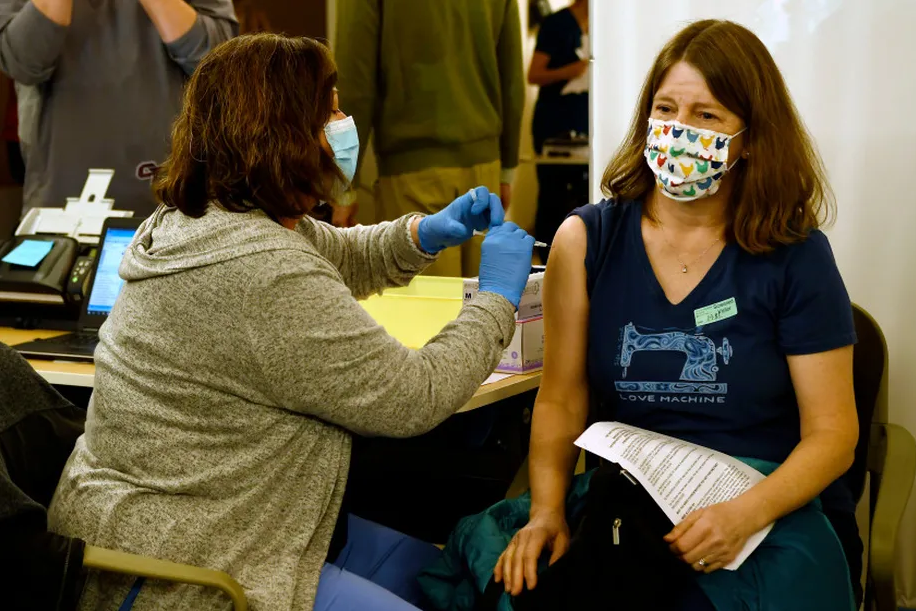 All 148,000 education employees will be required to receive at least one vaccine dose by Sept. 27, about two weeks after schools open to students on Sept. 13.

The mandate does not apply to school bus drivers. It also does not apply to staff who work in public pre-kindergarten programs that operate outside of education department buildings, which includes a majority of students in the city’s universal pre-K programs.

Mayor Bill de Blasio indicated that the U.S. Food and Drug Administration’s full approval of the Pfizer vaccine helped clear the way for the vaccine mandate. (All three available vaccines in the United States were previously authorized on an emergency basis.)

“This is a game-changing moment,” de Blasio said of the FDA’s decision. “We’ve been waiting for this for a long time.”

Before Monday’s announcement, the city was planning to allow teachers to submit to weekly testing if they are not fully vaccinated by the time classes start. Officials did not immediately say what consequences educators might face if they refuse to be vaccinated; de Blasio acknowledged that some details of the vaccine mandate would still need to be negotiated with labor unions.

The president of the city’s teachers union, Michael Mulgrew, indicated the union aimed to negotiate over exemptions to the mandate.

“While the city is asserting its legal authority to establish this mandate, there are many implementation details, including provisions for medical exceptions, that by law must be negotiated with the UFT and other unions, and if necessary, resolved by arbitration,” Mulgrew said in a statement. Union officials did not say what other details they were negotiating.

The union that represents principals and other administrators issued a similar statement, saying that they have generally been supportive of vaccination efforts but expect to bargain over the specifics of the vaccine policy.

The announcement comes as the city grapples with rising infections, a more infectious delta variant of the coronavirus, and amid the mayor’s push to reopen schools for in-person instruction with no remote option. The vaccine mandate may help persuade parents that the city is doing everything it can to make school buildings safe, as children 11 and under remain ineligible for vaccination.

Last week, the city announced a similar vaccine mandate for high school athletes and coaches participating in sports with “high risk” of contracting the virus. De Blasio said he is not considering a broader mandate to vaccinate eligible students.

The mandate that educators be vaccinated is part of a number of other safety precautions city officials are taking as they require all students to return to classrooms this fall. Students and staff will be required to wear masks, for instance, and each classroom will have two air purifiers.

Still, other major safety rules remain unclear, including whether teachers and students will be tested regularly and how the city will handle positive coronavirus cases when they crop up in classrooms.

De Blasio said the city planned to release a detailed handbook for parents this week that will explain “how we’re setting up for the school year and the different measures that will be in place.”

Officials have already dropped some hints about how the city’s coronavirus testing policy may work for schools, indicating that families will be provided at-home testing kits and the frequency of testing may be dictated by neighborhood and school vaccination rates.