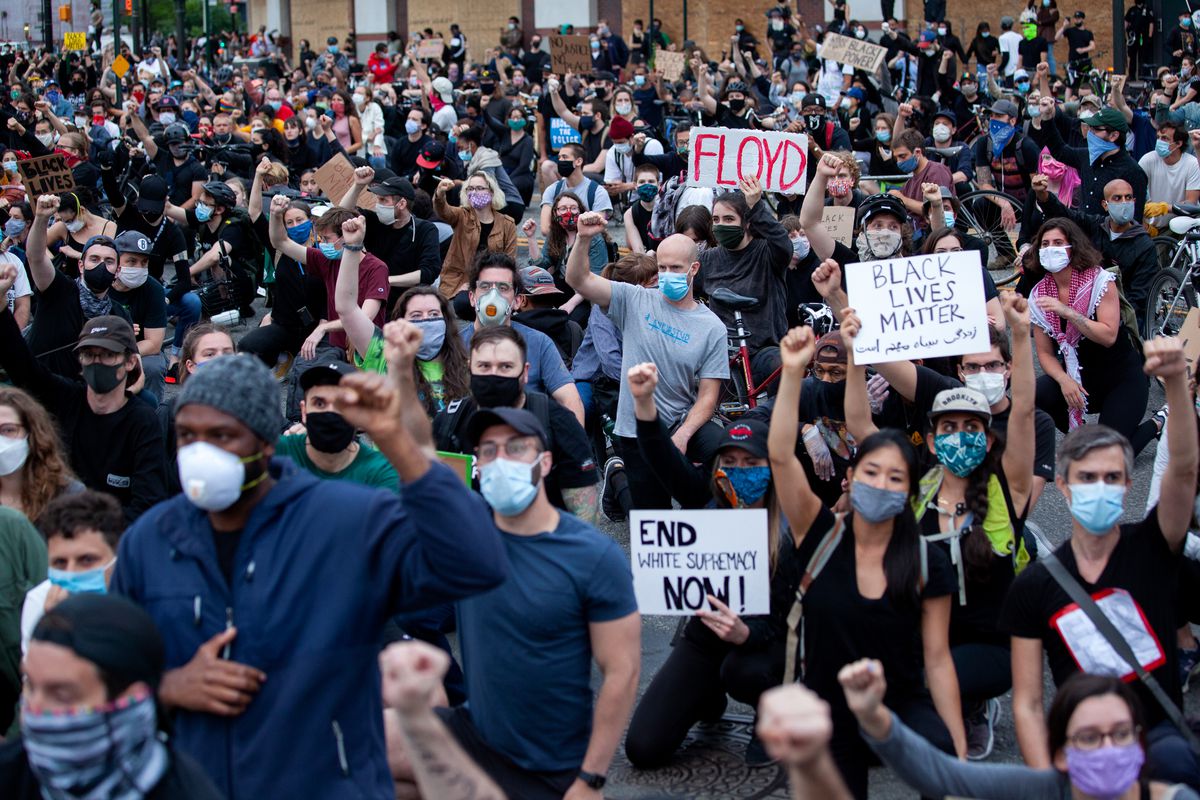 The NYPD hauled arrested protesters to police headquarters with no way for lawyers or family to find them — and deprived arrestees of the basic right to a phone call, attorneys attempting to represent them charge.

More than 2,000 people have been arrested in the city in the last week in relation to the protests and unrest that followed the police killing of George Floyd in Minneapolis, according to NYPD.

Many were brought to One Police Plaza, where attorneys said “critical early representation” became impossible. The lawyers also could not help panicked family members find their loved ones — or help arrestees get water, bathroom breaks or medical treatment, they said.

“I tried every number and there was no way through,” said attorney Andrea Ritchie, who was working the Good Call hotline Saturday night.

In a letter from the National Lawyers Guild’s Gideon Oliver and most of the city’s public defender organizations to Mayor Bill de Blasio and Police Commissioner Dermot Shea, attorneys said the city’s “Large Scale Arrest Processing Procedure” deprives arrestees of their normal rights.

On Thursday, a judge rejected the Legal Aid Society’s writ, citing “a crisis within a crisis.” The group’s lawyers said that while some progress has been made in processing arrestees quicker, they’re “fully ready to appeal if necessary.”

“The NYPD is fully responsible for the hundreds of New Yorkers who are currently languishing in cages, deprived of their due process rights and at an increased risk of contracting COVID-19,” the Legal Aid Society said in a statement.

Lost in the Crowd

In the letter to de Blasio and other leaders, lawyers say they have been unable to locate clients, conduct pre-arraignment investigations effectively and invoke people’s rights to remain silent, among other problems.

“These barriers to meaningful and reliable communication violate due process and our clients’ right to counsel,” they wrote.

The lawyers also charge that protesters can’t always get the wallets, keys and phones taken from them back once they are released because the building’s property window is closed.

In the letter, the lawyers demand that NYPD provide a means of tracking and contacting arrestees — including a 24-hour phone line — and open the property window.

A spokesperson for the NYPD, Sgt. Jessica McRorie, told THE CITY, “We are working as fast and safely as we can to process arrests during this unprecedented time.”

Arrestees have described to THE CITY long waits in what some said were cramped — and, given the coronavirus pandemic, unhealthy — conditions at One Police Plaza in recent days.

One man said there was mass confusion over whether arrestees were allowed a phone call. Another observed an asthmatic man’s requests for an inhaler go unfulfilled.

“It’s definitely not a proper due process,” he told THE CITY. “You’re just disappeared.”

The article was published at NYPD Shut Off George Floyd Protesters From Legal Help, Attorneys Charge